No, it was not a fallen UFO. 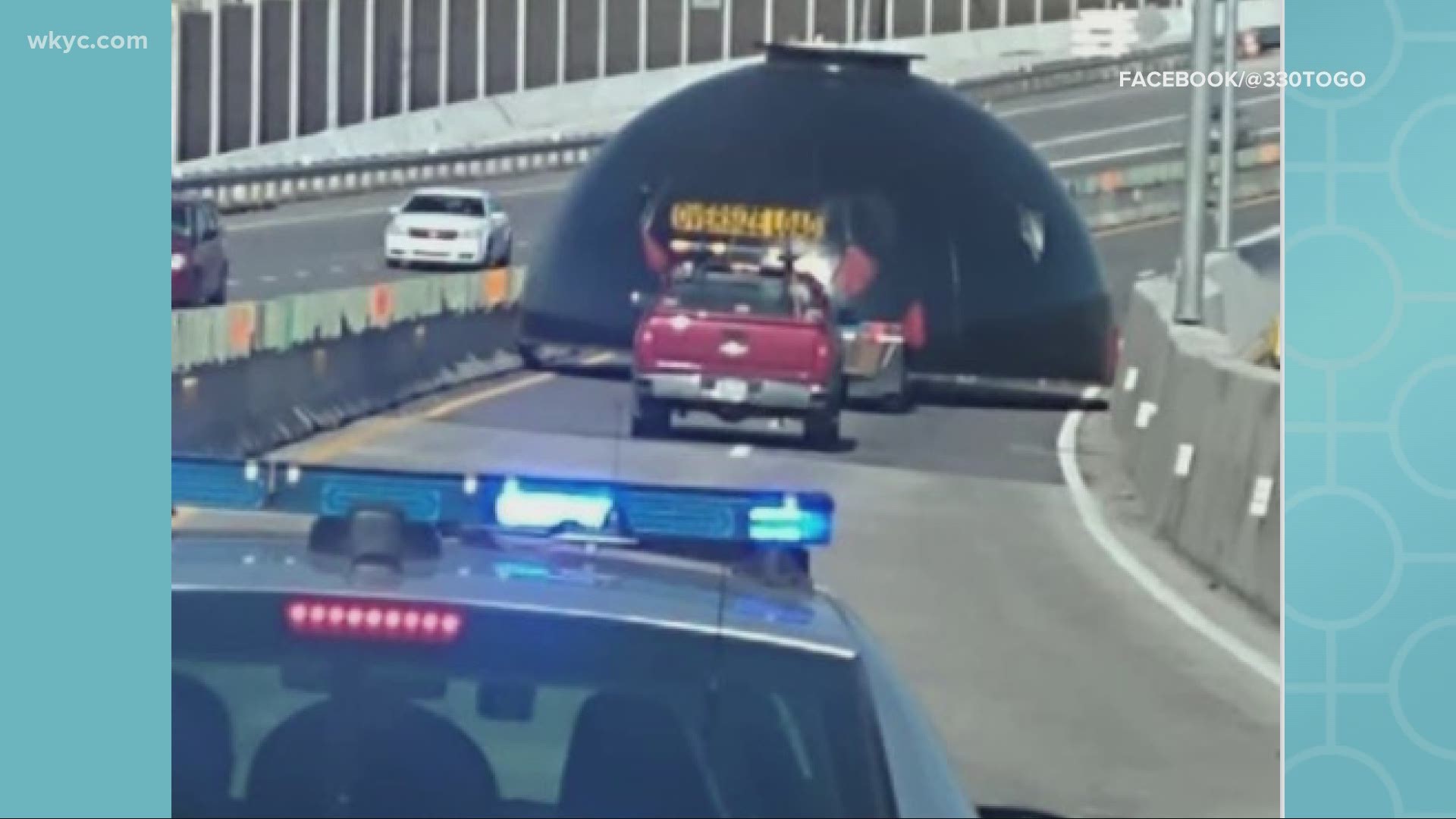 AKRON, Ohio — Traffic was temporarily halted on I-76 West in Akron this morning after a large black dome-shaped object reportedly fell off a carrier in the middle of the highway.

According to the Ohio State Highway Patrol (OSHP), the item is an industrial furnace ladle and OSHP tells 3News that they briefly escorted the object on the road to un-block traffic.

Since being shared by an Akron community page early Sunday morning, the post has garnered attention from thousands of people, receiving hundreds of comments and likes and being shared more than 1,300 times.

Unsurprisingly, the comments on the post quickly became a hot spot for hilarious commentary with guesses as to what the object was, why it was there, and who is to blame.

"Do you remember those rubber half circles we had as kids you world turn inside out and they'd pop up? I have an idea..." said Ashley Covey in a comment.

"It’s the bottom of a plunger," guessed Kim Hone McMahan.

One commenter even called the blockage "Akron's Suez Canal."

Editor's note: The video in the player below is from a local story published on April 16, 2021.