Akron's Deputy Service Director on snow removal: '...we know there was a flaw in the system and we’re going to correct it.'

Chris Ludle, Akron's deputy service director, said they will be reviewing future plans and will work to being in extra resources sooner to clear roadways following a winter storm. 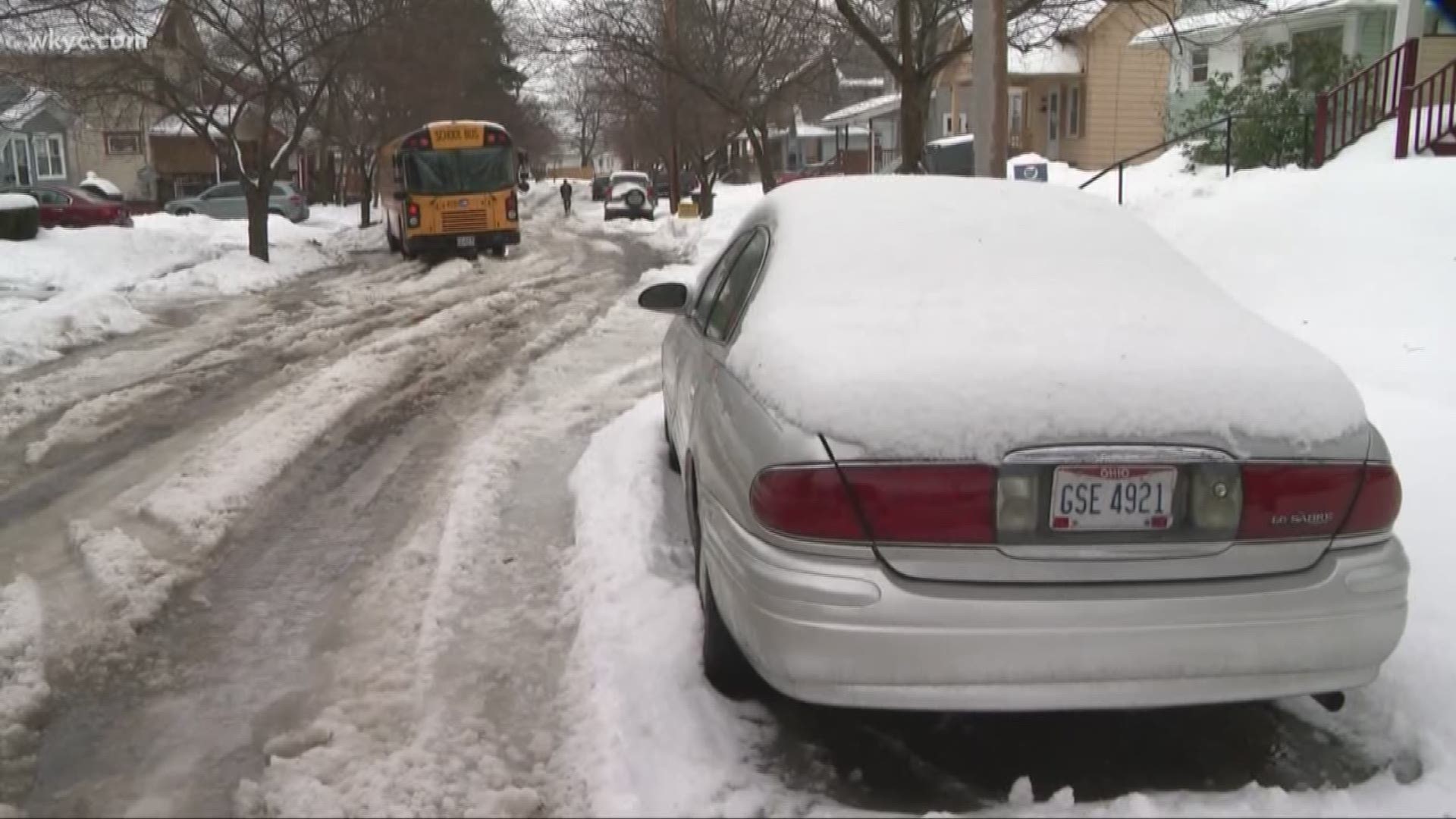 AKRON, Ohio — After issuing an apology to Akron residents, city crews are working around the clock to clear the roads and catch up from this past weekend's winter storm.

When it starts snowing like that, we just couldn’t keep," said Akron's deputy service director Chris Ludle. "Our primaries and secondaries were snow-covered up until Tuesday."

The question that has come up repeatedly over the past week is "what happened? "Why did it take so long to clear the roads?"

Akron residents voiced their concerns as some found themselves stuck outside their homes days after the winter storm landed. On Wednesday, more than a dozen school bus drivers were stuck in snow as they were picking up children for school. On Thursday morning, six Akron school buses and two transportation vehicles were in the same position.

Ludle says there was a plan in place to tackle the snow, but it was clear that it became a slippery journey.

"We felt like we should’ve maybe asked for help a little bit earlier," said Ludle. "Hindsight, we could’ve brought contractors in on Monday to help us clean things up."

The city apologized on Wednesday, issuing a statement that read that they “failed to provide a timely level of service to all city streets…” and that the city had hired seven private contractors to help clear the roads.

MORE: City of Akron drops the ball plowing its streets

"We are going back through to make sure nothing is missed, salting everything to get it back down to pavement before the temperatures get colder in the future."

The major concern Thursday night and Friday is the potential for ice to build up on city streets as the temperature drops. Akron city crews are putting added attention to salting the roadways.

As for what’s next, Ludle pointed to reflection and taking a look at what can be improved before the next snow storm arrives.

"I think we have to be transparent and I think we need to tell people that we know there was a flaw in the system and we’re going to correct it."