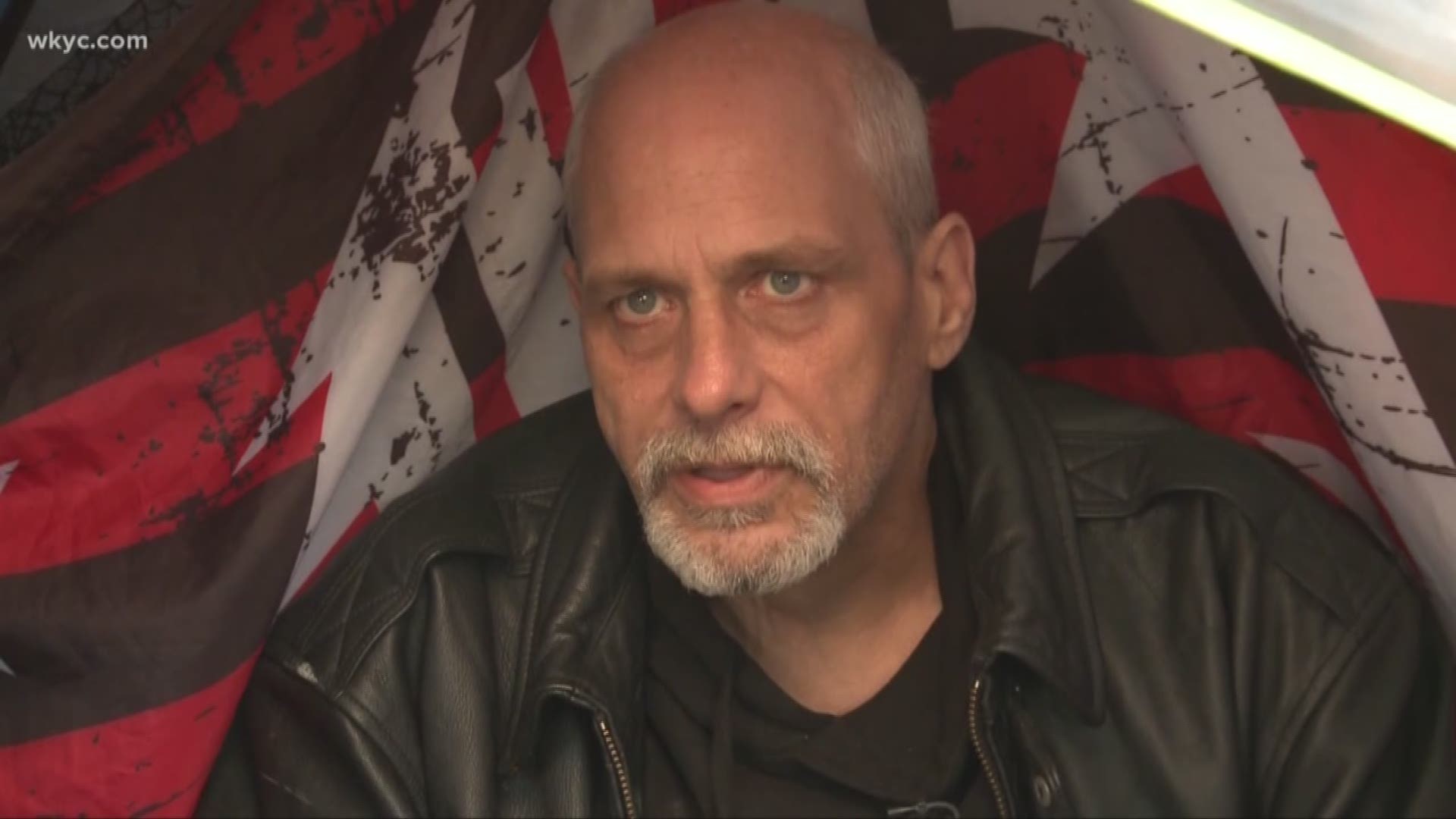 Sage Lewis, founder of the Homeless Charity and Second Chance Village, and the Institute for Justice filed a constitutional lawsuit in hopes of keeping the tents up and avoiding eviction beyond the Thanksgiving deadline announced by the city.

"The constitutional challenge is about the property rights of the Homeless Charity and of Sage, to use their private land in order to care for people," said Jeff Rowes, senior attorney with the Institute for Justice.

In a news release, the Institute for Justice said the "lawsuit seeks to protect three distinct rights under the Ohio Constitution: property rights, due-process rights and the right to seek and obtain safety. Sheltering the neediest members of society is a legitimate and ancient use of private property that the government cannot impede without a very good reason—and no such reason is present in this case."

Lewis works as an auctioneer out of his property at 15 Broad St. in Akron. Over the past few years, he has found a different role in Akron's Middlebury neighborhood. He opened his property to the homeless, setting up rows of tents in the back where about 40 people live. A day center inside the building is operated by residents to help with food, laundry and offers computer access.

Last month, Akron City Council voted to reject Lewis’ zoning request to operate as a campground site in order to stay open. The city has said they do not see tent city as a permanent solution and announced an action plan with Continuum of Care to address the issue and work to find residents housing by Thanksgiving.

The city of Akron released the following statement following the announcement of the lawsuit:

"We’re aware of an appeal of Akron City Council’s decision to deny a conditional use request at 15 Broad St. The Homeless Charity is free to exercise that right. The City will proceed accordingly upon review of the document. Meanwhile, we’re continuing with our action plan, in coordination with the Continuum of Care, to provide housing options and access to proper services, for all of the documented 46 residents of the encampment."

Lewis says the task of finding housing for more than three dozen homeless residents is a difficult task in a short period of time. Since the city rejected the zoning request, only a handful of residents have found housing.

It has left concerns as to where residents will go if they do not find a housing option. Akron City Councilman Zack Milkovich, who represents Ward 10 where the tent city is located, agrees.

“If we push them out, they’re just going to end up somewhere else,” said Milkovich

Milkovich clarified that there are other campground sites that are currently set up on public property. He noted a recent visit to a site about a mile away on Beaver Street where he came across trash and debris scattered around.

“Who has to pick that up?” Milkovich asked. “It’s the city workers.”

Milkovich doesn’t believe closing Second Chance Village will solve any issues and noted it may just push more people on public property who may be more likely to face a notice to vacate the property.

Lewis said homelessness is complicated and admits he doesn’t have all the answers.

When Lewis originally opened the site behind his property, he dealt with complaints from neighbors in a home beside his property that eventually led to a lawsuit.

The lawsuit has since been settled and Lewis was able to purchase the home. He said five people have moved into the home.