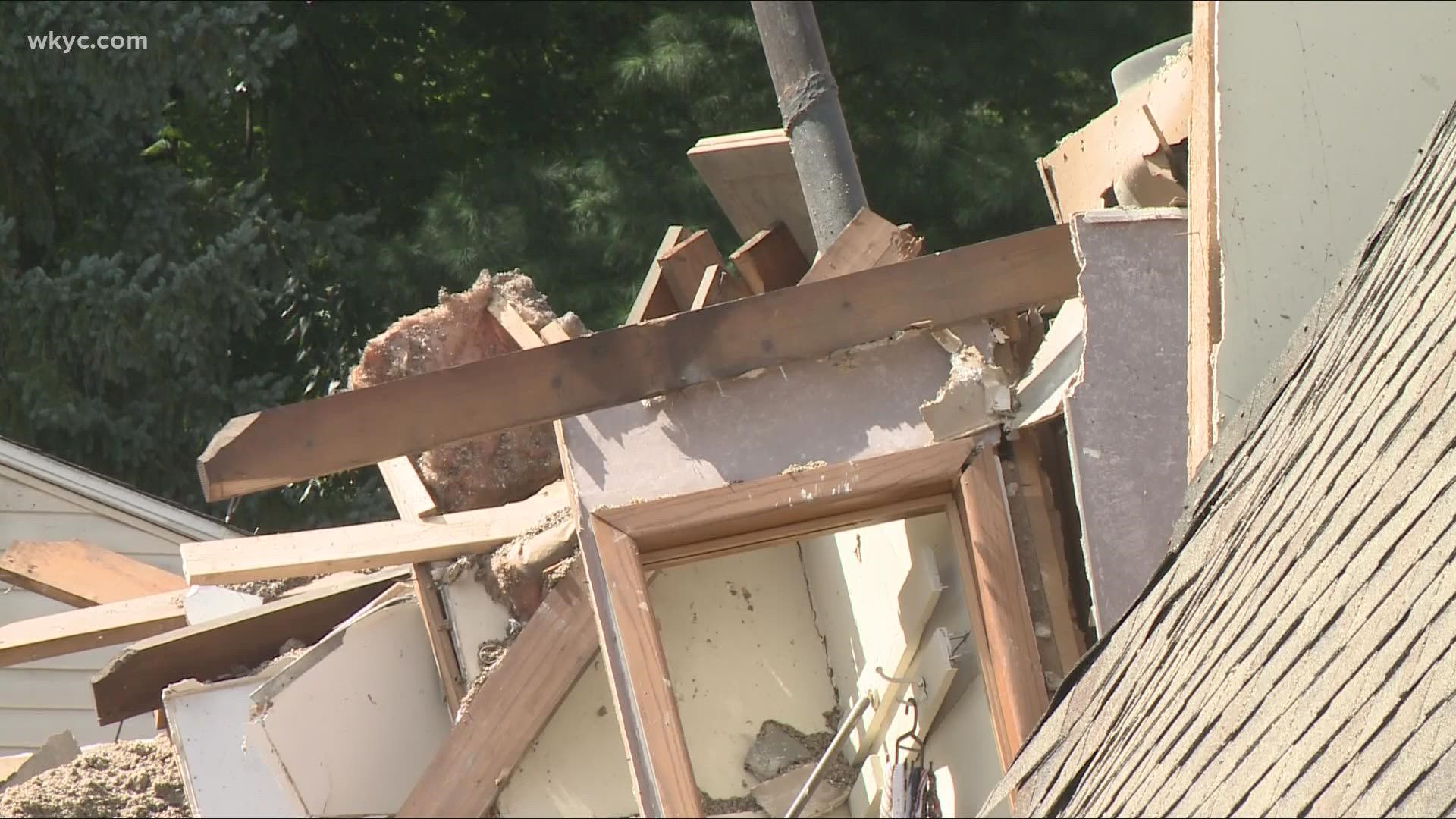 The Akron Fire Department is investigating the cause of a home collapse that left one person injured on Monday afternoon.

According to reports, a caller heard the sound of an "explosion" and saw flames coming from underneath the home, located in the 2300 block of Edwin Avenue, and called for help.

Akron Fire responded to the scene and found the structure of the home to be collapsed. A neighbor was able to pull the occupant of the home from the rubble, the fire department reports.

The victim, who has not yet been identified, was transported to a local hospital for burn injuries. Their condition is unknown at this time. No other injuries were reported.

Dominion Energy Ohio was called to the scene after fire crews arrived. All other utilities at the home have been shut off.

It is unknown at this time what caused the explosion.