Neighbors and loved ones say they had only moved in earlier this year and were immigrants from Nepal. 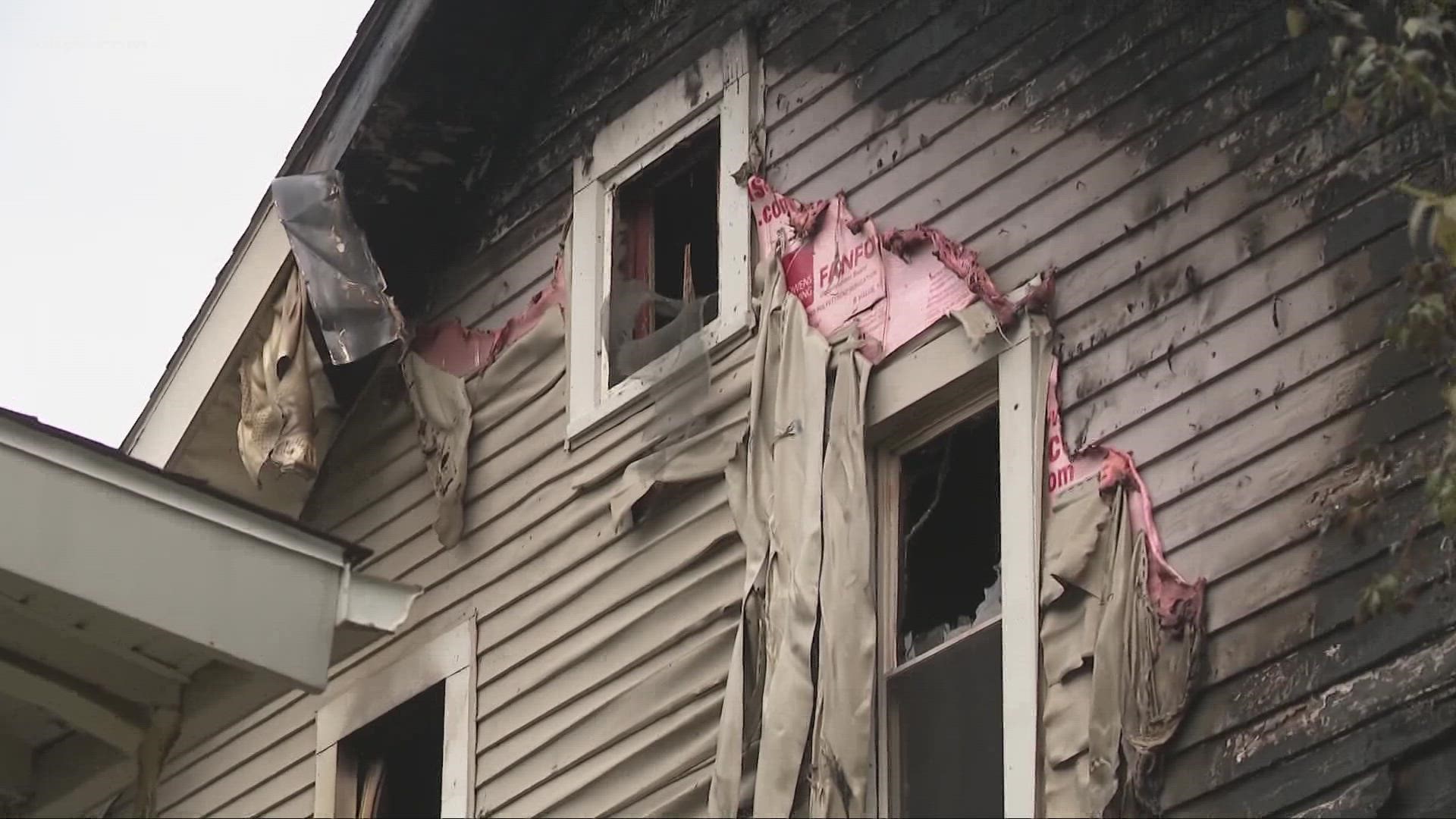 The Akron Fire Department was called to the home on Linden Avenue around 12:50 a.m. due to reports that several people were trapped inside the home in need of assistance. As crews arrived, the two-story home was already covered in heavy flames and neighbors were trying to help people escape.

First responders transported four people — three adults and one child — to area hospitals for smoke inhalation and burns. While searching the home, five victims were found dead inside.

The Summit County Medical examiner is working to identify and notify family members of the victims and hasn’t officially released their names. Neighbors and loved ones say they had only moved in earlier this year and were immigrants from Nepal.

Yam Subba is the son of the homeowner and drove to Akron from Columbus hours after hearing of the fire. He says his father, stepmother, and two sisters are among those who died.

"It’s a sad day," Subba told 3News this morning. "We lost like our entire family; my dad. It's really bad."

Subba is thankful for the community support and says he has other relatives who are headed to Akron soon. In the meantime, neighbors are sharing stories of the "wonderful" neighbors they've lost and praying for those who survived.

"They were a wonderful family," Jean Hudson, whose home was damaged from the fire next door, said. "They invited us to their celebrations, brought food over. It's just a terrible, terrible loss for us because we lost some wonderful, wonderful neighbors.”

Jeff Poole lives in another adjacent home that sustained damage. He recalls the Subba family as hard-working and added he would have risked his own life to save them.

"I guess they were screaming for help," Poole noted. "I wish I would have known that because I would have went right in there and got them. No doubt in my mind. It's a bummer. I pray for [those] people."

Basu Pyakurel, also from Nepal, was amongst the crowd of dozens that gathered on Linden Avenue to mourn and pay respects. He says he recently helped the family set up medical appointments after moving to the community and was not surprised by the number of Nepali residents who showed up immediately following the fire.

"I think it's our culture to go down there and just to help and provide any kind of support that we can," he said.

As the community grieves, the Akron Fire Department is working with the state Fire Marshal's office to determine the cause of the blaze. A spokesperson for the department says there is nothing suspicious about the cause at this time.

"This is a tragedy for our community, our fire department, and especially this family," Fire Chief Clarence Tucker said. "We saw the strength and courage of our firefighters as they worked hard to find and rescue victims, and their compassion in assisting the family and neighbors.

"Early this morning we were informed of a fire that has taken the lives of three children. Three Akron Public Schools students. We cannot express our shared grief, in words. Our best efforts now are focused on connecting with our students and staff who will be affected by this. Grief counselors have been mobilized now and are where they need to be to help our district through this tragedy."

"My deepest sympathies and prayers are with the family members of those who lost their lives, as we continue to pray for strength and healing for the survivors being treated. We will see to it that the survivors and the victims’ family are supported in this time of great sorrow and need."