Police in Akron have closed off the streets of downtown to vehicle traffic indefinitely. 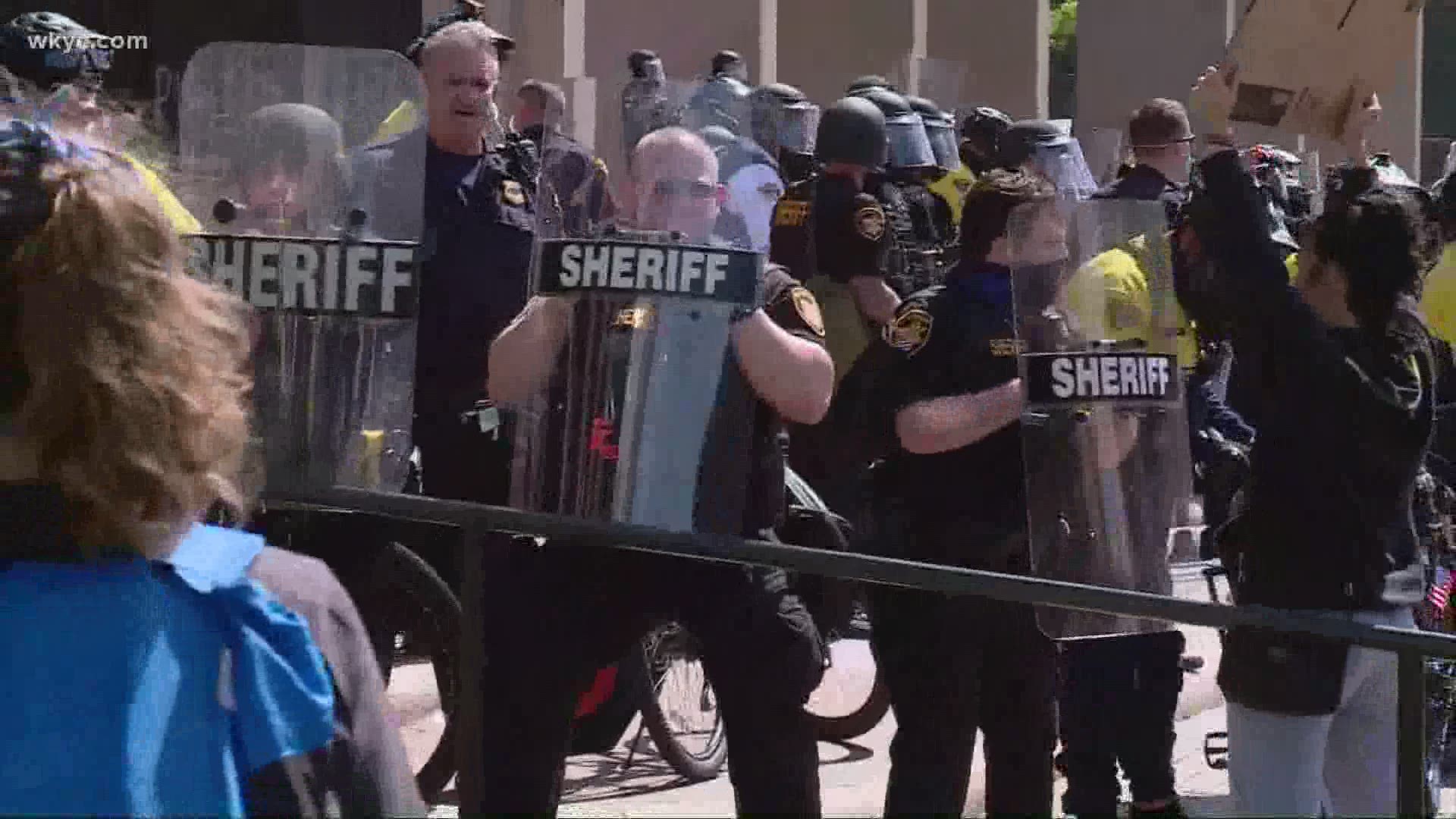 AKRON, Ohio — A rally was held in the streets of downtown Akron on Saturday afternoon in the aftermath of the death of George Floyd at the hands of police officers in Minneapolis earlier this week.

In preparation for the demonstration, the Akron Police Department announced that it is closing off downtown streets to vehicle traffic indefinitely.

Anyone coming to downtown Akron this weekend should park in area outside of the barricades and then proceed to your destination on foot.

The gathering is being called, "I Can't Breathe," which is what Floyd told police when he was being forcibly arrested before he died.

Similar protests are being held across Ohio and the nation.

RELATED: Protesters gather at the Ohio Statehouse in Columbus

RELATED: More National Guard members to be called up after 4th night of Minneapolis unrest

Black Lives Matter Cleveland is holding a rally starting at 2:00 p.m. at the FREE stamp in downtown Cleveland.

You can watch the protest below courtesy of 330ToGo: