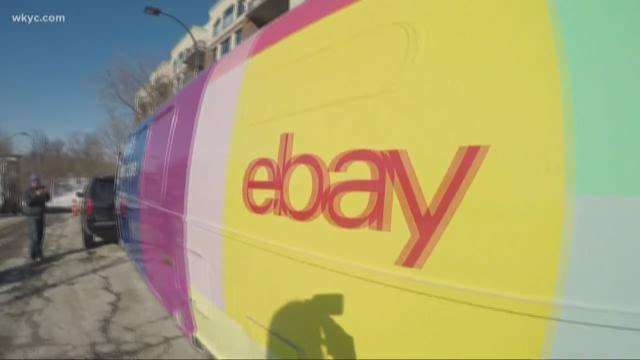 While there has been a lot of discussion about Amazon's future in Northeast Ohio, another major online company has picked Akron as its first U.S. city to host an entrepreneurship program.

Akron Mayor Dan Horrigan and eBay President and CEO Devin Wenig made a joint announcement about a new program aimed at encouraging retail growth on the ground level and online.

The program is called "Retail Revival" will involve a 12-month partnership between the city and eBay. The program will also welcome Warren based businesses to participate.

"Akron is further ahead than a lot of places, in part because it has a very progressive government and in part because of entrepreneurs I just met who 'can do' and technology centric." Wenig said. "They're really excited to try new things."

Akron and eBay will select 20 to 40 local business in 2018. Entrepreneurs will receive "exclusive support and resources" to help launch a space on the eBay platform, which will include comprehensive training. The program will teach basic selling techniques on eBay and offer a complimentary eBay store subscription and starter kit.

Horrigan and Wenig spent the part of the morning on a brief walking tour along S. Main Street in downtown Akron, in front of Lock 3, discussing the city's focus on the future of local retail space.

Akron or Warren based businesses interested in the program can apply by visiting a submission form here.

"Our arms are open," Horrigan said. "We're looking forward to helping our businesses get better and stronger, and it creates better growth patterns for our city."

While some of the talk lately has been on Amazon’s search for a city to land its second headquarters, eBay says their approach is focused on what’s outside of a warehouse.

"It’s actually about the entrepreneurs that I just met," Wenig said. "Making thousands of small businesses successful, rather than creating enormous centers where we suck the energy out of retail and put them into big warehouses or headquarters."

A trio of businesses have already signed onto the 12-month program, including Akron Honey Company, Tiny Circuits and NOTO Boutique. All three have space inside Akron’s Northside Marketplace.

A lot of talk about the push to get Amazon in Cleveland — but @ebay just announced it has picked #Akron as its first U.S. city for an entrepreneurship program to encourage retail growth on the ground level and online. @wkyc pic.twitter.com/3uXaJryxJ6