Father of Na'Kia Crawford says she was 'living the American dream'; local Pastor calls for justice for family

Na’Kia was driving home with her grandmother after visiting a bank when she was shot on June 14. 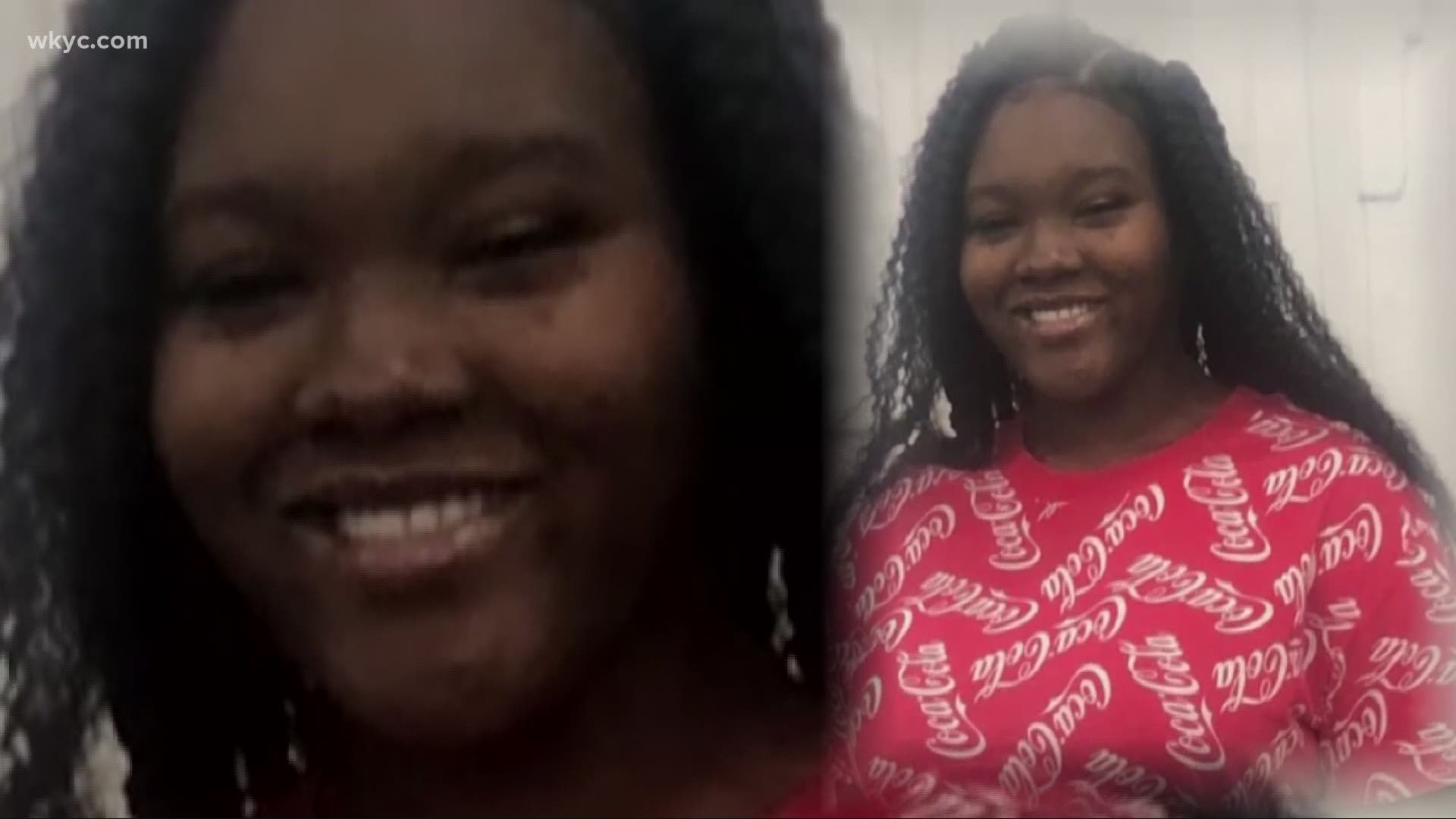 AKRON, Ohio — The U.S. Marshals Service Northern Ohio Violent Fugitive Task Force has joined the search for the two teens wanted for the murder of 18-year-old Na'Kia Crawford earlier this month in Akron.

Na’Kia’s father, Nick Crawford, tells 3News Laura Caso, his daughter was bright and smart. He says she was “living the American dream” and he “never had to worry about her.” She was the oldest of five children, according to her family.

According to police, 17-year-old Adarus Black of Lakemore, faces a charge of murder. 18-year-old Jaion Bivins is wanted in connection to the homicide and charged with tampering with evidence and obstruction.

Na’Kia was driving home with her grandmother after visiting a bank when she was shot on June 14. She was pronounced dead a short time later at Summa Akron City Hospital of a gunshot wound to her neck. Multiple spent shell casing were found by police at the scene, reports show.

Pastor R. Stacey Jenkins says he has known the Crawford family for many years through the House of Prayer for All People Church in Akron.

"They are devastated as you can imagine, this young lady had a bright future and they had great expectations for her life and so they are totally devastated even at the senselessness of it all,” said Pastor Jenkins. "You took that baby's life, so unnecessary. The next message is it's best that you would turn yourself in because justice needs to be served, they need justice."

The shooting took place near West North and North Howard streets, just a few blocks from the family’s home. Na'Kia, who just graduated from North High School and was intent on attending Central State University in the fall. Police say the shooter was inside a black Camaro that had stopped at a traffic light next to the car Na'Kia was driving. The car fled immediately afterward. Police say the car was found abandoned in Cleveland and is being processed for evidence.

"What type of world would we be in when a 17-year-old would have a gun even it was the right person? That's saying a lot,” said Pastor Jenkins.

The family is preparing for her home-going celebration. Pastor Jenkins tells 3News there is a public viewing for Na'Kia Crawford on Thursday, June 25 from 9 a.m. to 12 p.m. at the Word Church Akron.

Nick Crawford tells 3News, his family is no longer working with lawyer Benjamin Crump. He's also the attorney for George Floyd’s family. Na'Kia's father accuses Crump of backing out of the family's case.