The crash took place between Tallmadge & Cuyahoga Falls Avenues, and traffic will be restricted until 10 p.m. 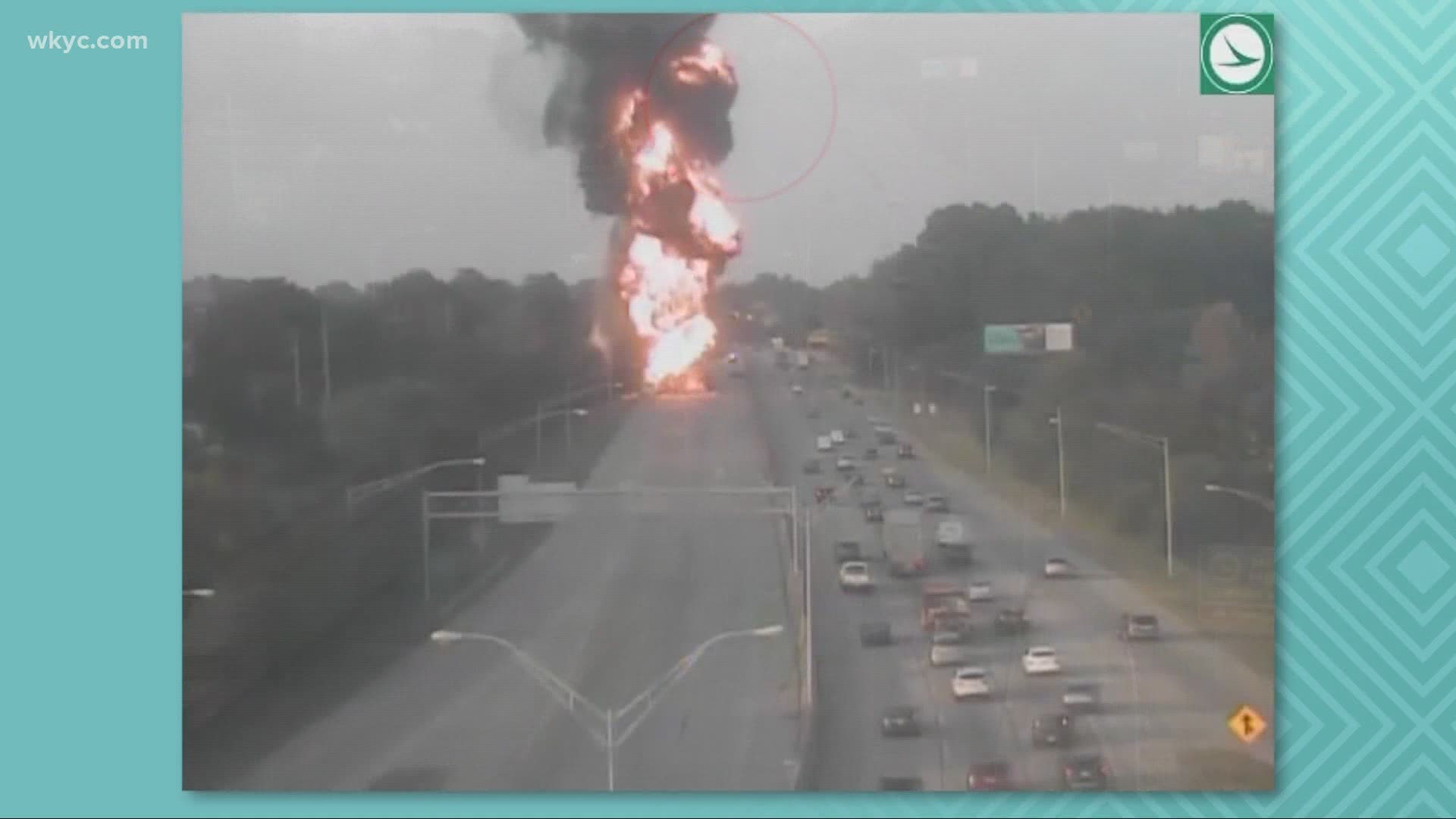 AKRON, Ohio — One person was killed when a car and tanker truck crashed on State Route 8 north in Akron on Tuesday morning.

Police said it happened between Tallmadge and Cuyahoga Falls Avenues around 7:44 a.m. Summit County Medical Examiner Gary Guenther confirmed that the person killed in the crash was in the car, identified Wednesday morning as 18-year-old Jared Marcum from North Canton.

Traffic reopened to Route 8 south shortly after 10 a.m., but the northbound lanes were "severely damaged." The highway has since reopened again in that direction, but will be reduced to one lane until 10 p.m. while crews conduct repairs.

Roughly 100 homes had to be evacuated due to fire and "toxic gas," and staff at North High School Harris Jackson CLC were also forced from the area. Anyone smelling an odor of gas is asked to immediately call 911.

Check out video of the crash scene below, courtesy of ODOT: 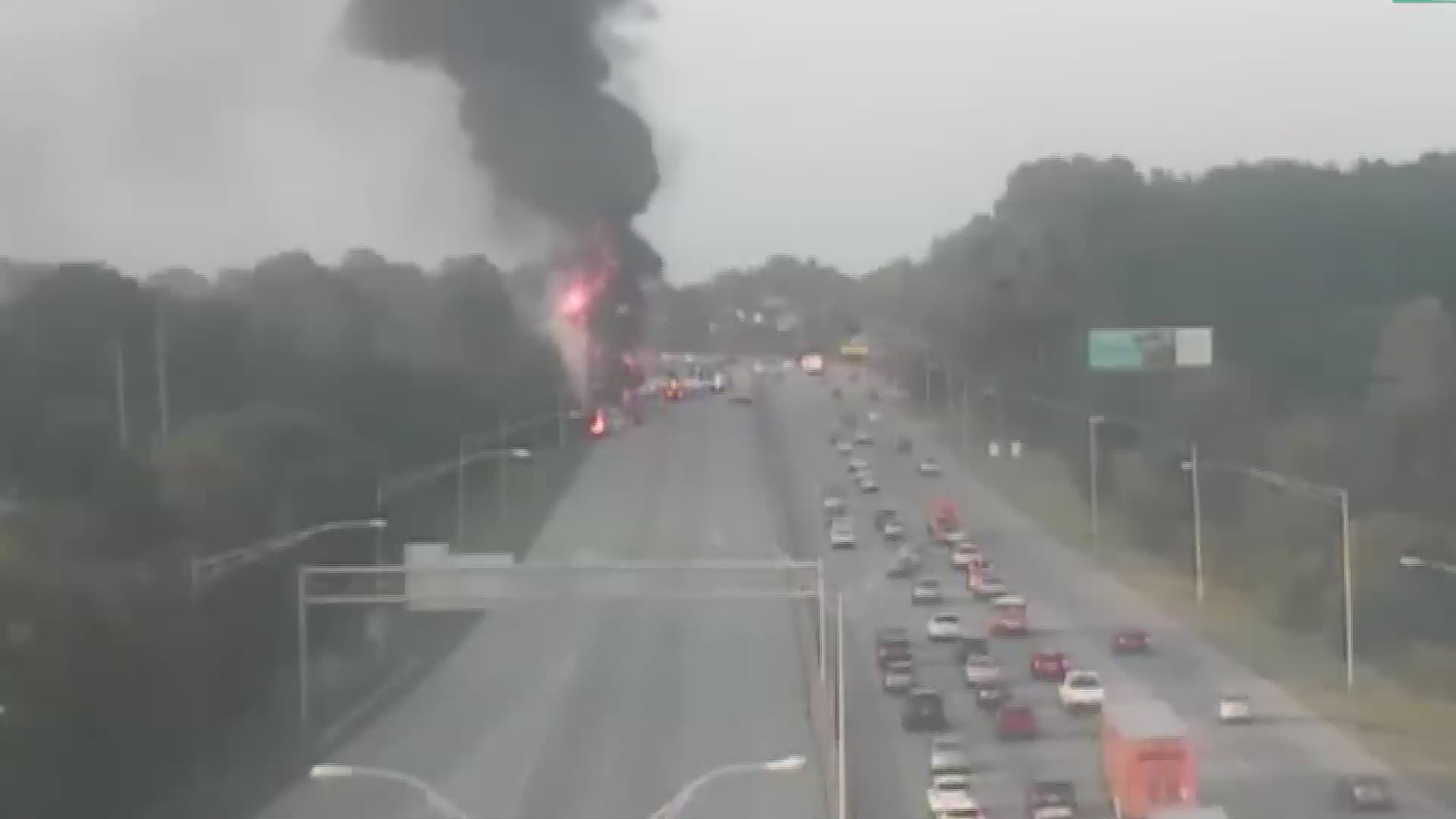 Officials also say the wreck led to gasoline leaking from the tanker into a nearby storm sewer, which traveled to the Cuyahoga River near the High Level Bridge. Firefighters were able to expunge any flames, while fishing in the area is banned until Saturday as a precaution.

"I am incredibly proud of the organized and professional response from our emergency responders today. Akron Police, Akron Fire and our Service Department crews, in coordination with many of our local partners, worked diligently and efficiently to reduce the risks and impacts of this serious and tragic event on the public."

The incident remains under investigation. 3News streamed live video of the scene, which you can watch again in the player below: