The victim's family strongly disagreed with the decision 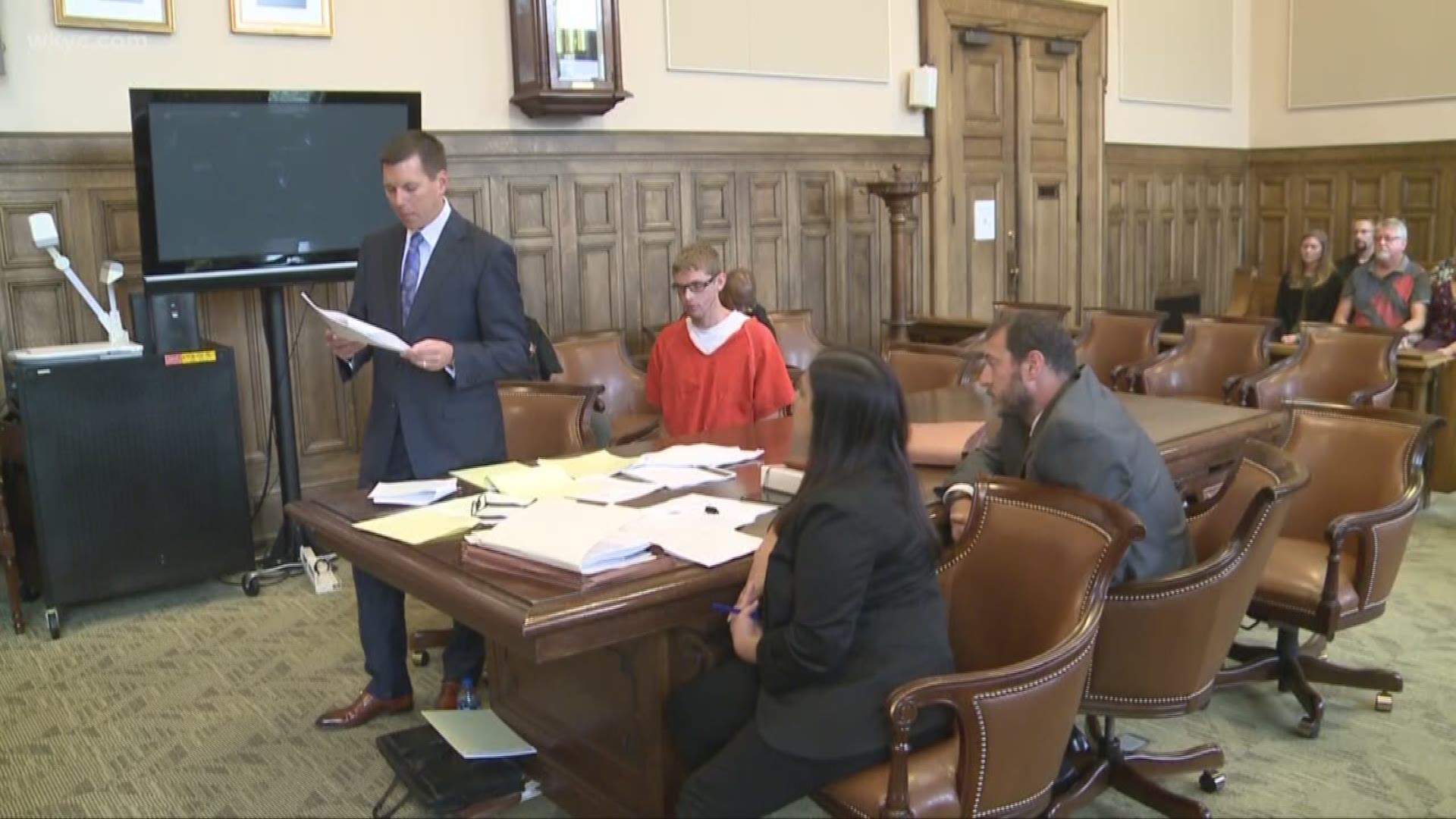 AKRON — A Summit County judge has granted the early prison release of a former University of Akron student convicted in the stabbing death of his roommate.

Summit County Common Pleas Judge Mary Rowlands ruled in favor of the judicial release motion requested on behalf of Kendal Scheid, 24, who pleaded guilty to involuntary manslaughter in the death of Duncan Unternaher, 23, who died at a hospital on Dec. 5, 2016. Judge Rowlands also said Scheid would be placed on community control for four years.

Scheid served just under 10 months of his three-year sentence behind bars after he was convicted of involuntary manslaughter for fatally stabbing his roommate in the chest following an argument over fast food. Scheid was reportedly under the influence of alcohol when the stabbing occurred at the students off-campus apartment on Grant Street. Scheid was sentenced on the one-year anniversary of Unternaher’s death on Dec. 5, 2017.

Unternaher, who was a UA senior at the time, was expected to graduate in May. His family did not agree with the judge's decision to grant Scheid an early prison release.

"What standard is that to say 'someone's dead now but [Scheid] is on his best behavior,'" said Gregory Unternaher, Duncan's father. "We don't understand that logic of patting someone on the back for having murdered somebody because you're a role model prisoner."

Before the the judge's decision, Scheid's defense attorney talked about his client's good behavior in prison, along with the completion of several programs offered during Scheid's time spent at the Lorain Correctional Institute. According to court documents, among the programs Scheid completed were the "Ready...Set....Work," "Beat Self Defeat," and "Anger, Power, Violence and Drugs" programs. Scheid was also recognized for "outstanding achievement" for a Martin Luther King art and essay contest.

The prosecution's argument included conversations made between Scheid and his family during his time in prison.

"When asked by his father, just three days ago about if he thought about what he was going to say today, his response was a flippant, "Yeh, sure. I feel bad.'"

Judge Rowland ruled in favor of the early release, but also expressed that she was "put off" by the jail calls that she listened to between Scheid and his parents.

"I'm put off by the sense of certainty that you appeared to have," said Rowlands as she addressed Scheid in court. "It caused me great pause to hear the conversations."

Unternaher’s father was disappointed in the ruling, saying justice for Duncan would have been for Scheid to serve his entire sentence.

"I wish this on no other family," said Gregory. "What Kendal Scheid has took from us is gone forever. But each day God gives us the grace to get through it."

Scheid did not speak at Tuesday's hearing. His attorney, Donald Malarcik released a statement over the phone to WKYC, stating the following:

"I have no doubt that [Scheid] will continue to lead the kind of life that shows he is worthy of this opportunity.

Last year, Scheid addressed Unternaher’s family with an apology at his sentencing.

"I am truly sorry for everything I have done," Scheid said to Unternaher's family. "I'm sorry about taking your son, brother and friend away from you, and I regret everything I've done that day. I'm sorry."

WKYC'S Amani Abraham will have more on this story tonight at 6.