"This is a terrible existence. But it's better than living on the street alone." 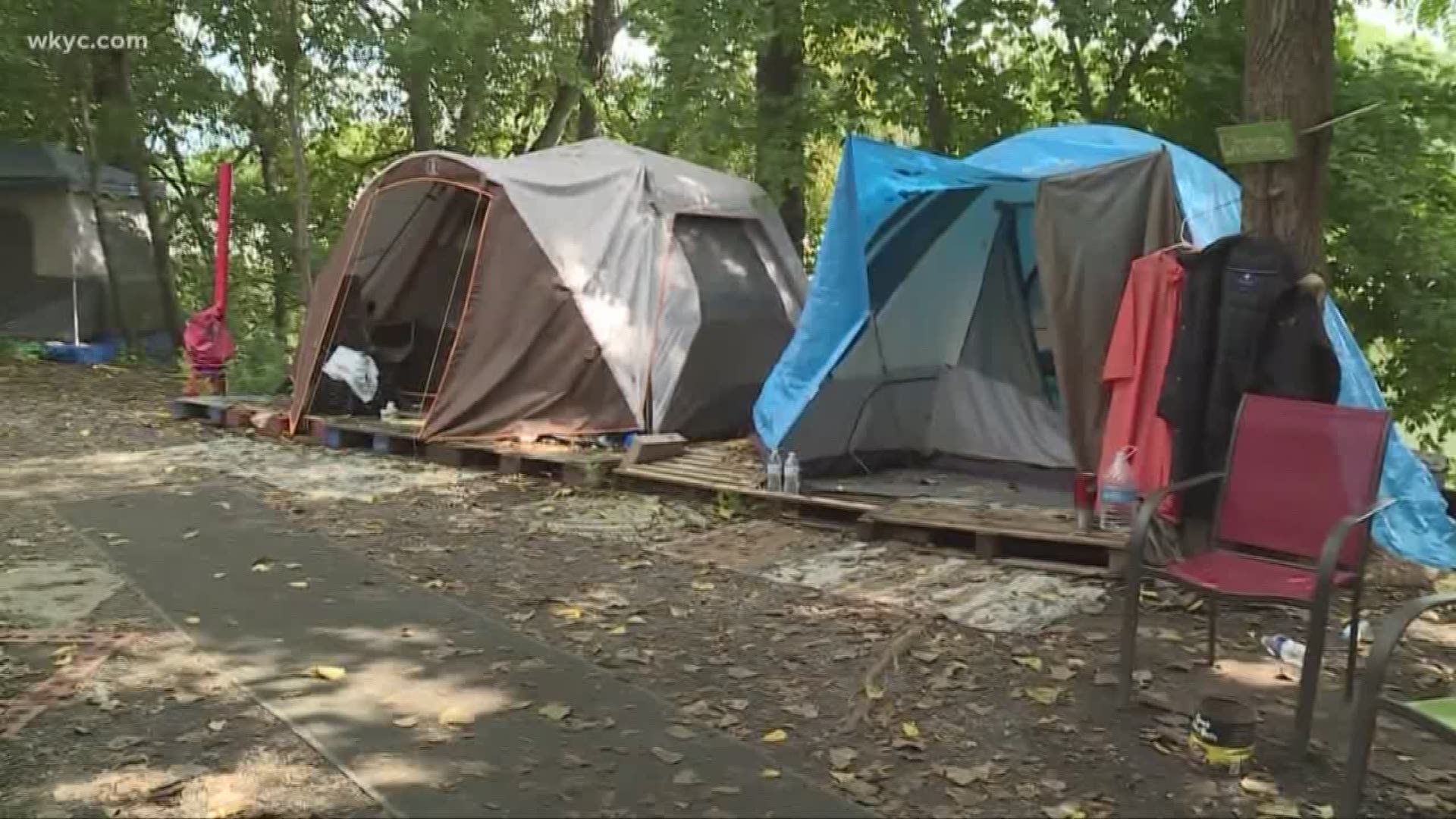 The future of Akron's homeless who have taken sanctuary at 'Tent City' is in question after city council voted to eliminate the campground at Monday's meeting.

'Tent City' has been ordered to shut down by Thanksgiving.

It's a walk no one wants to make to a place that's far from perfect. Sage Lewis of The Homeless Charity knows it well.

"This is a terrible existence. But it's better than living on the street alone," he says.

Despite the decision by Akron City Council, Lewis says there's an action plan to assist those at 'Tent City.'

"We have a memorandum from the city that says we're going to work together, and I do believe that they'll work in good intention," Lewis adds.

Akron Mayor Dan Horrigan says tent city is being closed due to a zoning issue and is offering help.

"We will never be OK with people living in tents as a viable option," Horrigan says. "Especially when there's capacity out there to live in permanent shelters and live in housing."

Dolores Pake is just one of those who live in 'Tent City.' Like many, she's tried to find housing, but it's not easy. She has no idea what's next.

"I was supposed to move out Labor Day weekend but that exit plan fell through, so literally I do not know," she says.

Rebecca Reeder lives here too. She has a job and plan of her own for the Thanksgiving deadline.

"I'm hoping to have a place with a kitchen where I can make Thanksgiving dinner and have all these people at my house," says Rebecca.

Lewis will continue The Homeless Charity, even if the 'Tent City' so many have called home is taken down.

"The day center doesn't go away, housing solutions don't go away. We will continue doing that until people wake up and realize homelessness is a real thing and homeless Americans deserve help," Lewis states.