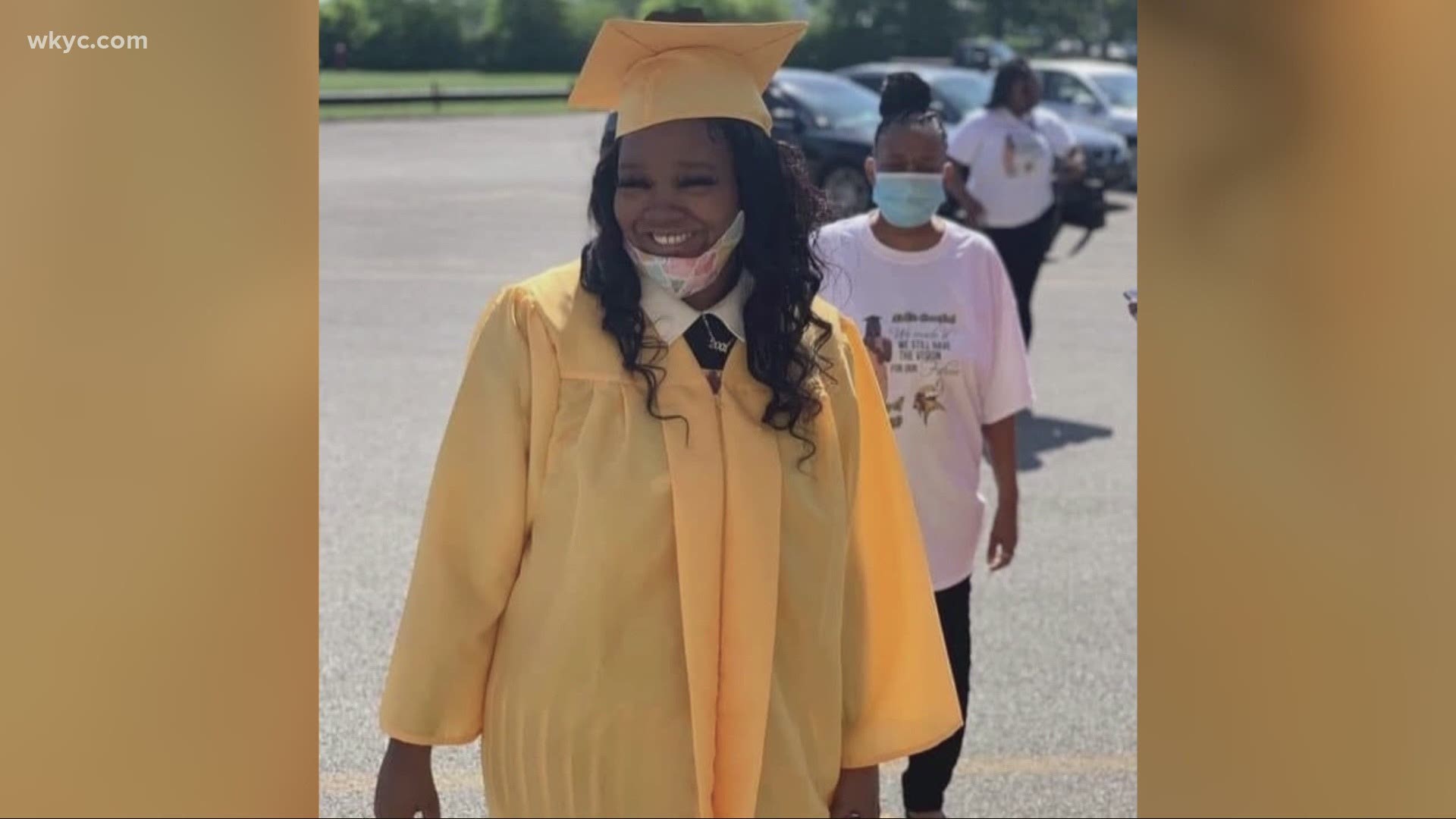 She was shot and killed while sitting in a vehicle at a red light on June 14 in Akron. The shooting took place near West North and North Howard streets, just a few blocks from the family’s home.

The public services are being held at the Word Church Akron on Brittain Road from 9 a.m. until noon. A private funeral service will follow.

She was "living the American dream," her father told 3News earlier this week. She was the oldest of five children, according to her family.

Two of three suspects in the case have turned themselves in, but authorities are still searching for the alleged gunman – 17-year-old Adarus Black. A $5,000 reward is being offered in the case. Anybody with information is asked to call the Akron Police Department Detective Bureau at 330-375-2490. Tipsters can remain anonymous.

RELATED: Father of Na'Kia Crawford says she was 'living the American dream'; local Pastor calls for justice for family