What a good deed! 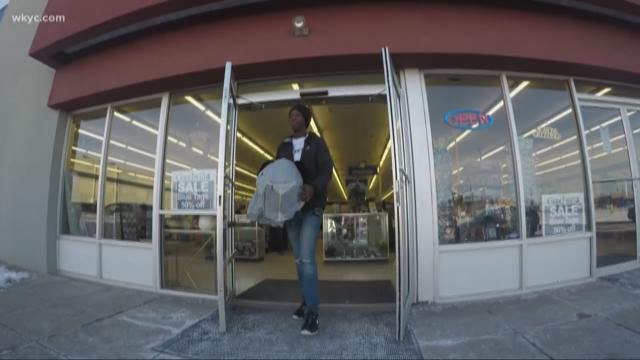 A photo taken of a young Canton man purchasing coats at a Goodwill store is gaining attention on Facebook.

The reported candid photo Fredrick White, 19, of Canton, purchasing coats for the homeless was posted on Facebook by Haley Stewart last Friday. Stewart said her father captured the moment the White purchased six coats for $65 at a Goodwill store on Atlantic Blvd. in Canton. White said he later returned to the store to purchase hats and gloves.

Jim Glasgow, of Massillon, snapped the photo while waiting in the checkout line. Glasgow struck up a conversation with White and learned that the coats White was purchasing were intended for the homeless. He was shocked by the kind gesture and snapped the photo, asking his daughter to post the story online to showcase the powerful message of giving.

White was surprised when he came across the candid photo, which has been shared more than 600 times on Facebook. White, who works as a welder with Ohio Gratings Inc., said he was inspired by a post on Facebook that showed people hanging jackets on poles and fences for those in need.

"Basically when I was younger, we really didn't have that much money so it wasn't like every year we could get a new coat," White said. "I had to stick with what I had."

White was helped by 5-year employee Martha Edwards who was inspired by his giving attitude.

"More young adults should be inspired by him," said Edwards. "He's amazing."

White's mentor, Laurie Moline with United Way's Get Connected program, said she met White during his junior year of high school and wasn't surprised to find out what he had done. White credited the mentoring program to help "find his voice" to make an impact in the community.

"One good deed for each person," White said. "Just wake up and do something different."

Maureen Ater with Goodwill Industries of Greater Cleveland and East Central Ohio presented White with a $200 gift card to recognize his random act of kindness on Tuesday afternoon.