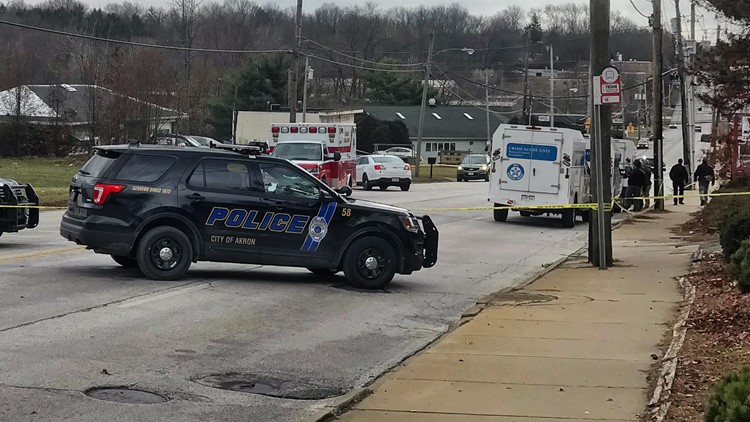 AKRON, Ohio — One man is dead after being shot by police officers on Akron's east side Sunday morning.

According to authorities, officers were called to I-76 eastbound near East Market Street where a car had been abandoned against the center median. The officers were able to get a description of the person who left the vehicle, and allegedly found him in the area of Brittain Road and Evans Avenue.

"During the [subsequent] encounter," shots were fired, and the man ended up being killed. The exact circumstances that let to the escalation of the incident are unknown at this time.

The man's identity is not known at this time. The officers, described only as 12- and 18-year veterans of the Akron police force, have both been placed on paid administrative lave per department protocol.

The matter is currently under investigation. Stay with 3News for updates as they become available.