Report: FirstEnergy near deal to give billionaire Carl Icahn two seats on company's board

Icahn reportedly controls well over 3% of the company’s shares, making him one of its top five holders with a stake worth over $600 million. 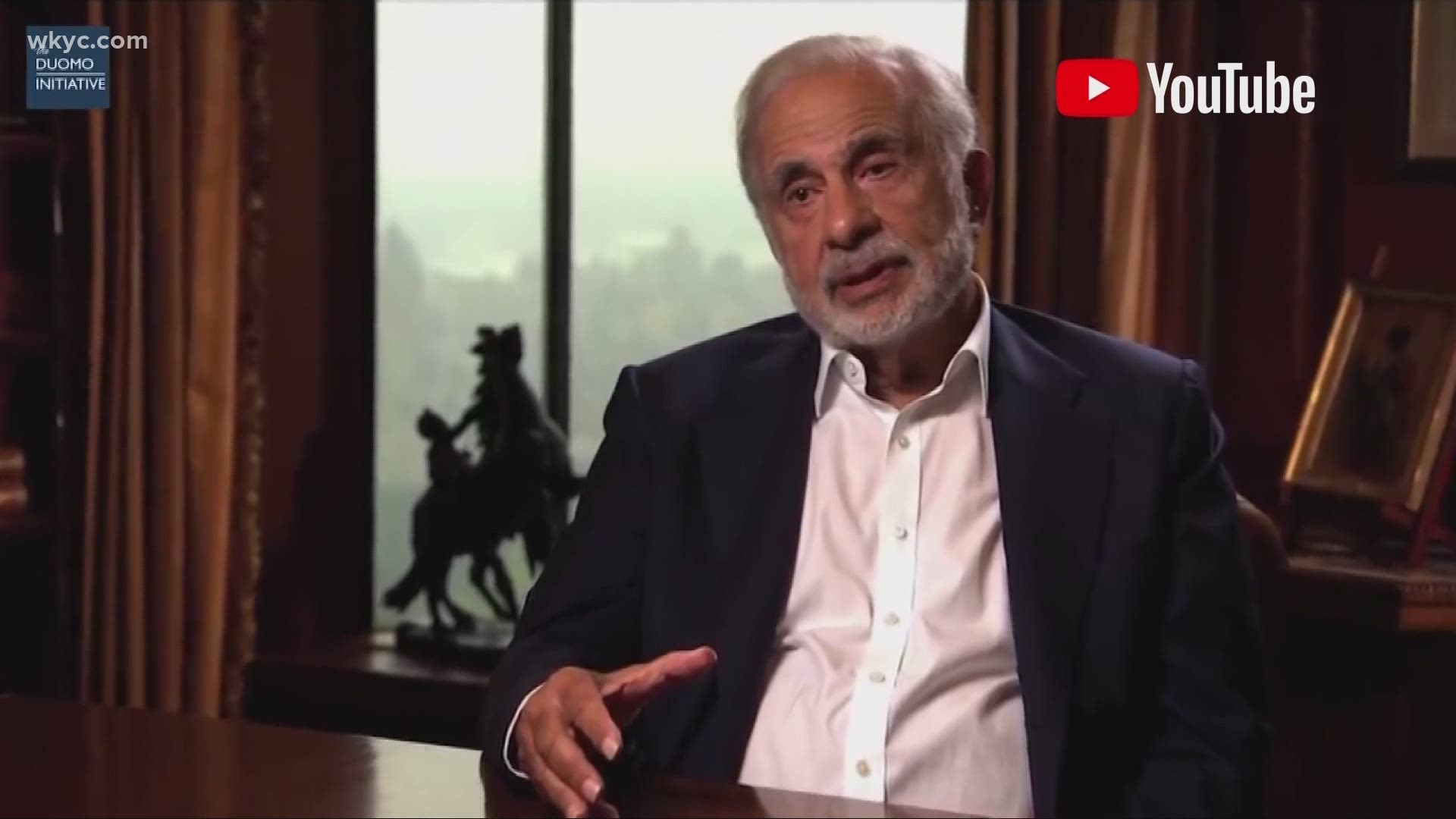 The future of FirstEnergy may finally be coming into focus.

On Tuesday, The Wall Street Journal reported that the Akron-based company had agreed to give activist, investor, and billionaire Carl Icahn two seats on its board in an effort to stop a proxy battle.

According to Cara Lombardo of the Wall Street Journal, two employees of Icahn's firm, Jesse Lynn and Andrew Teno, are expected to join FirstEnergy’s board and serve on committees focused on helping the company improve its compliance and settle litigation, people familiar with the matter said.

The agreement, which would expand the board to 14 directors, could be finalized as soon as Tuesday assuming the talks don’t fall apart, the people said.

Earlier this year, Icahn announced plans to buy up to $980 million of FirstEnergy stock, causing anxiety among city leaders because of his reputation for hostile takeovers, grabbing vulnerable companies and breaking them up or selling them.

“I don't like sitting on the sidelines and saying, 'well, we could have done something,'” Akron Mayor Dan Horrigan told 3News last month. "What is our role in this? And, you know, it's not only, it's not only city of Akron, it is Summit County, it is Northeast Ohio and is the State of Ohio because they are obviously a large employer.”

The Wall Street Journal reports that Icahn controls well over 3% of the company’s shares, making him one of its top five holders with a stake worth over $600 million.

The news of a possible deal between Icahn and FirstEnergy comes as the company tries to rebound from a bribery and political scandal. The case against former Ohio House Speaker Larry Householder and four others alleges that FirstEnergy paid the defendants more than $60 million to 501(c)(4) Generation Now to pass and uphold a billion-dollar nuclear plant bailout and that the defendants corruptly used the money to promote Householder, pass House Bill 6, and defeat a ballot initiative to overturn the legislation. House Bill 6 bailed out Ohio's two nuclear power plants, including the Perry Nuclear Generating Station in Lake County.

Lobbyist Neil Clark had also pleaded not guilty to the charges. On Tuesday, it was revealed that Clark was found dead in Collier County, Florida.