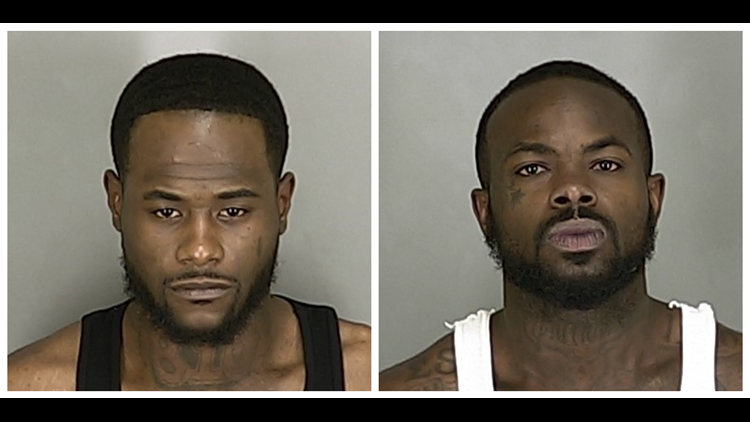 AKRON, Ohio — Two men were found guilty on multiple charges in Summit County on Friday, including aggravated murder for their part in two deadly shootings in 2018.

According to Summit County Prosecutor Sherri Bevan Walsh, 30-year-old Donyea Tyus and his younger brother Orlando Tyus, 28, drove around the city of Akron in the early morning hours of July 7, 2018, with the intention of killing people.

Authorities believe the Tyus brothers, along with 21-year-old Cheyenne James were possibly trying to initiate themselves into a new gang.

First, Orlando Tyus opened fire and killed 46-year-old Bonn Rassavong on Schiller Avenue. Donyea Tyus then killed 58-year-old Robert McCall after shooting him in the head on Arlington Street. James' attempt to execute Christina Heppe failed after his gun malfunctioned in an alley near 6th Avenue. Heppe escaped and James eventually confessed to the crime. He pled guilty in February and will be sentenced next month.

“These men terrorized several Akron neighborhoods and killed two men for no reason. I cannot think of a more evil act,” said Walsh after the guilty verdict. “These were innocent victims who were minding their own business when confronted by two evil men.”