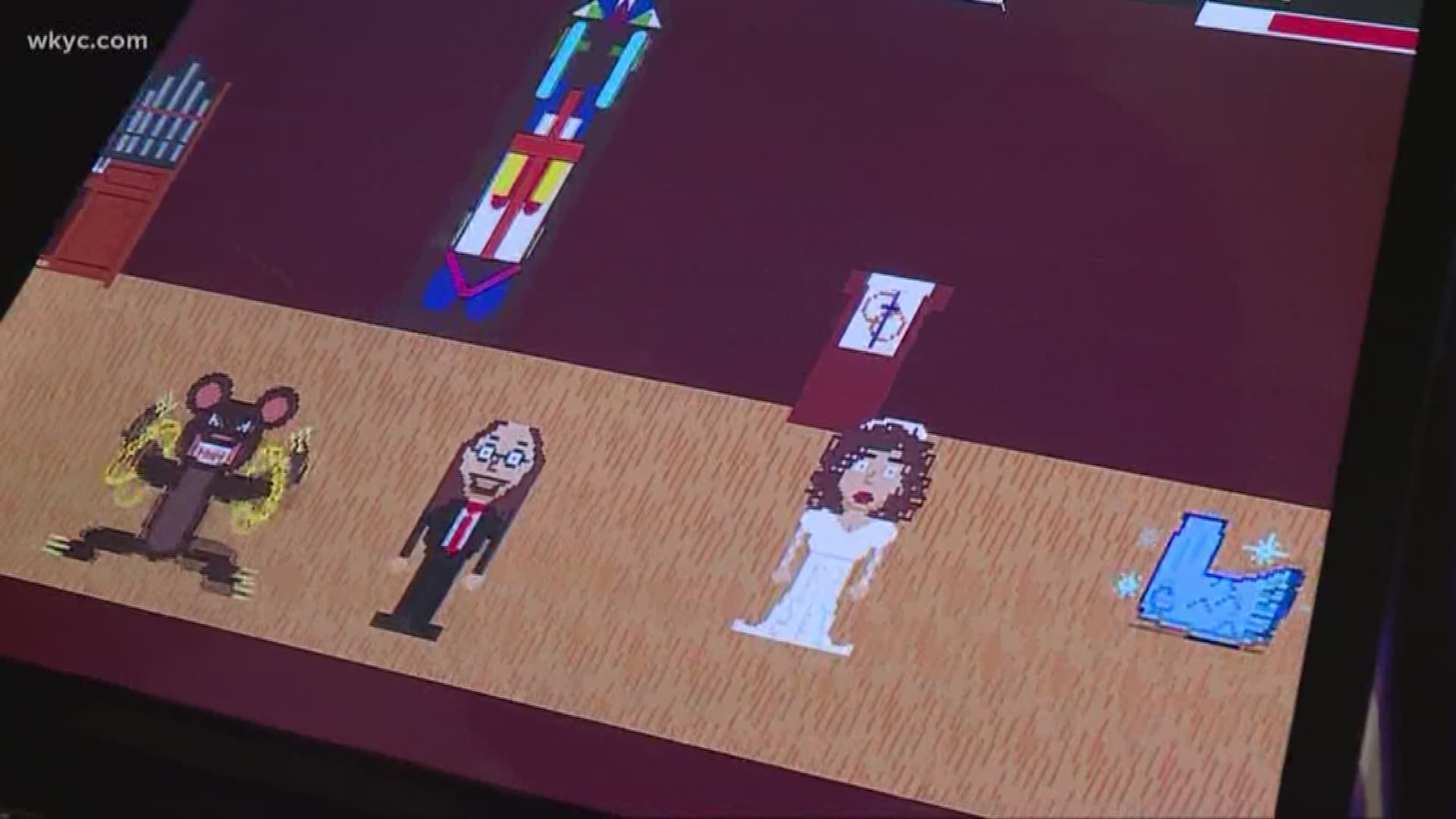 AKRON, Ohio — Two University of Akron engineering graduates came up with an amazing way to utilize their skills to make their wedding memorable.

During their June wedding in Canton, Dylan and Maggie Fashbaugh unveiled 'Til Death Do Us Part, a two-player, 8-bit arcade game.

In the game, the bride and groom have to defend themselves against wedding-related monsters including "Cold Feet," "Ring Bears," and "Wedding Doves." The players can call on their special powers, like the groom’s lethal LED whip, or the bride’s scream that can freeze monsters in their tracks.

The couple spent eight months and roughly 250 hours to develop the game, using their nights and weekends. While Dylan created the custom coding, Maggie was responsible for the in-game art and animation.

“We wanted our reception to stand out while still being us,” Maggie told the University of Akron. “On a drive from New York City to Ohio, we joked about how cool it would be to have a wedding video game. With a longer engagement and some friends willing to help us, it seemed very doable to get it done.”

Indeed, Dylan and Maggie weren't alone in coming up with 'Til Death Do Us Part. They repurposed a friend's old Astro Blaster arcade machine sitting unused in a basement. Another friend drew the couple’s likeness on the side of the game using an anime style design, while Dylan's mom, a graphic designer, came up with illustrations and graphic designs on the machine.

Even the Fashbaugh family cat makes a contribution to the game. If a player dies, an animated pixel shot of the cat appears on screen, staring at the player with disappointment. If the player wins, the screen displays a smiling cat.

Dylan and Maggie met as undergraduate students in The University of Akron’s engineering program. They both have forged ahead to successful careers since graduating in 2014. Dylan founded Smooth Technology, whose clients include Taylor Swift, Lady Gaga, Mariah Carey, and Google. Maggie works for Centrica Business Solutions as a support engineer.

The wedding day unveiling of 'Til Death Do Us Part is apparently not going to be the end of the game's story. The couple says they want to enhance the action with sound and more levels. Dylan and Maggie also envision renting out the game to couples in the future.

“We would love to learn how to make a pinball machine from scratch and add our own electrical and computer engineering spin on it,” Dylan tells UA. “We already have a pile of ideas, a pack of servos, and a bag of pinballs!"