AKRON, Ohio — The University of Akron has filed a lawsuit over what it calls the "catastrophic and consistent" failure in construction at InfoCision Stadium.

The university contracted the listed defendants for work on the stadium, including railings and grout. The suit claims that damages to the railings will exceed $1 million and were a result of a breach of contractual duties by the defendants.

The school is suing for damage costs and is demanding a jury trial, according to the suit. 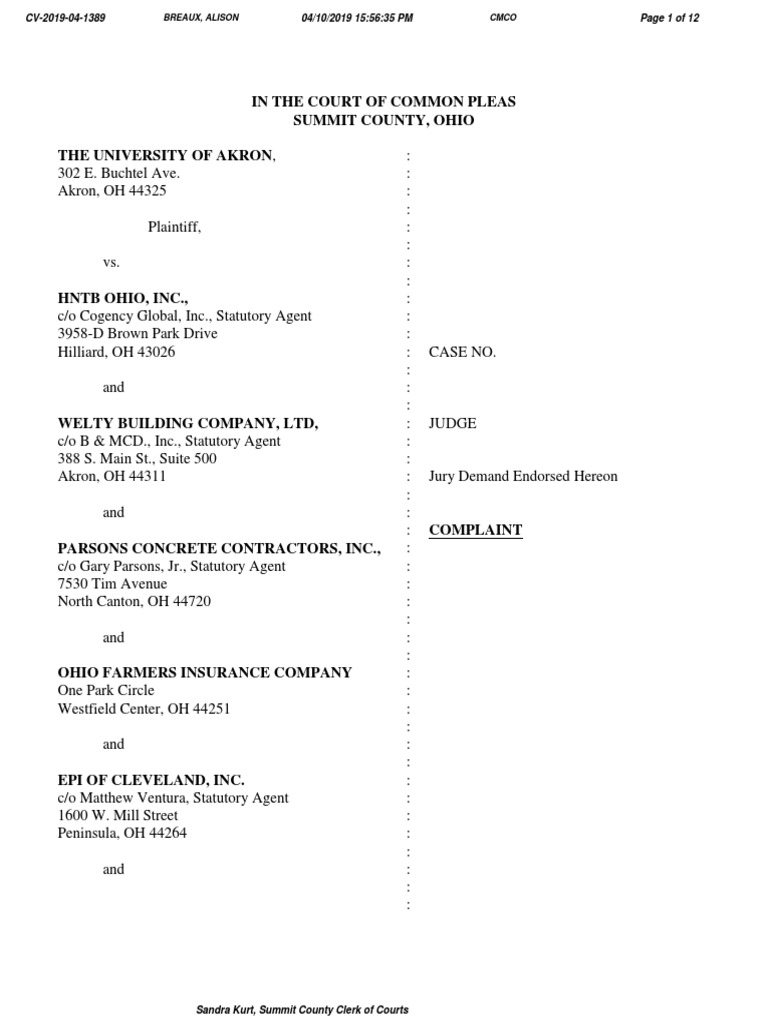 “The court filing and photos detail the serious problems the University continues to face due to faulty construction of the railing systems at InfoCision Stadium. We have tried to resolve this matter without filing a lawsuit but, unfortunately, those efforts were unsuccessful," Chief Communication and Marketing Officer Wayne Hill said in a statement issued to WKYC Friday.

Some students at the university are worried about fans' safety.

"Metal falling is usually not a good thing," said junior William Wilcox. "If its falling apart after 10 years, to that degree, it's almost inexcusable."

Senior Ivan Essilfie is concerned too--especially since students helped pay for it.

"I definitely think that it's unfortunate," said Essilfie.

Wilcox believes the companies involved should be held accountable. "If you are doing shoddy work, I believe you should be the one paying for it," he said.