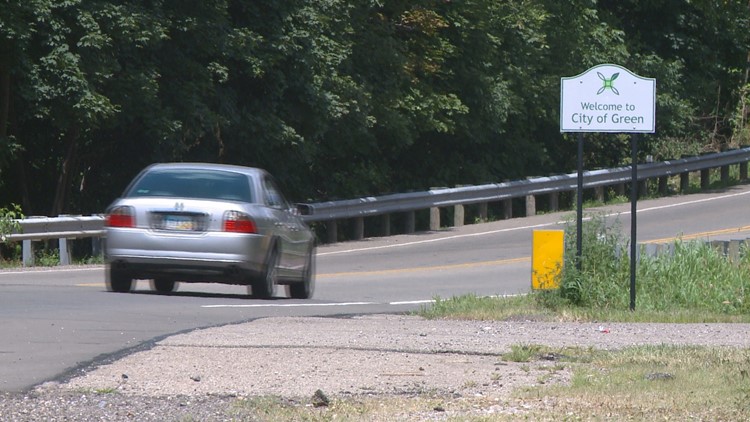 Photo by: WKYC-TV
City of Green

AKRON, Ohio -- A new high-pressure natural gas pipeline crossing northern Ohio has been completed, but work to finish restoring the landscape disturbed by the construction along some of the 255-mile route will wait until after winter.

A spokesman for the NEXUS Gas Transmission project says heavy rain made some of that property too wet to be restored this fall as planned.

The Akron Beacon Journal reports the delay has left some landowners along the route unhappy.

Project spokesman Adam Parker says the plan is to finish the restoration work in the spring.

The 3-foot-wide, $2.1 billion pipeline was built to carry gas from Appalachian shale fields across northern Ohio into Michigan and Canada. NEXUS is a partnership between Canadian energy firm Enbridge and Detroit's DTE Energy.