A Nintendo Switch is how an Arizona mom tracked down a York County man to thank him for saving her son in a car accident that killed her husband in June. 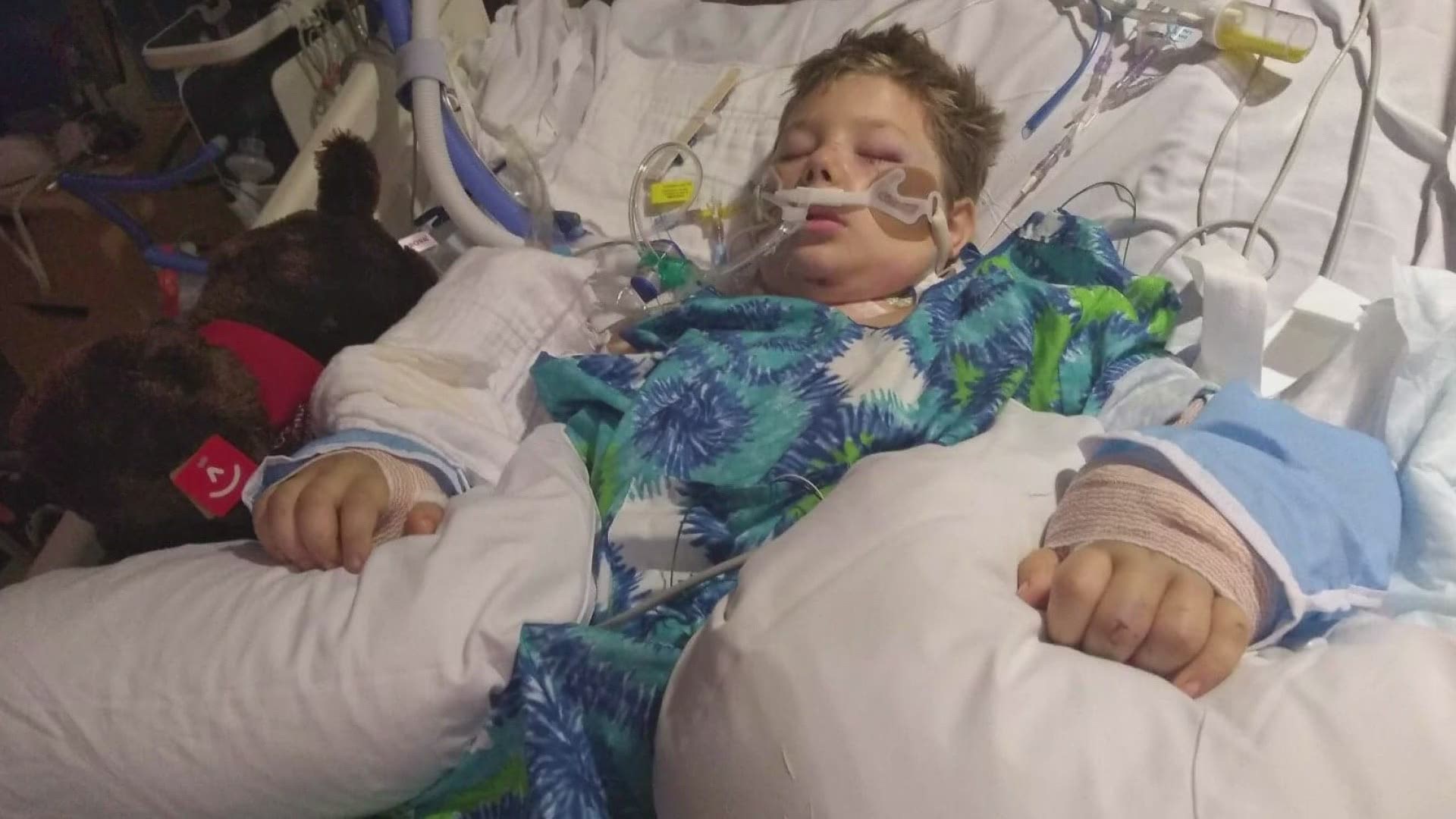 HOLBROOK, Ariz. — After a family day out, the Apodaca family took separate cars home. Shaina Apodaca said she took her 1 1/2-year-old son home and told her husband and 9-year-old to call her when she was on her way home so she could start dinner.

"They called me and told me they were on their way home and then an hour goes by and nothing," she said.

The next thing she knows, the local police department was on her doorstep. Her husband, Corey Apodaca Senior was killed by a wrong-way driver on an Arizona highway. 9-year-old Corey Junior was in the passenger seat when a truck driver was driving by. Ty Mauzerolle was that truck driver.

"You could hear him screaming the second you got out of the truck," Mauzerolle said.

"Everything broken on both sides from the elbows down," Apodaca added.

Mauzerolle jumped into action to get Corey Junior out safely and called 911.

He says he left his information with the first responders on the scene but for whatever reason, Shaina Apodaca couldn't find a way to get in touch with him.

"I was actually getting ready to give up on looking for him because like I didn't know what else to do!" Apodaca said.

Mauzerolle gave Corey Junior his Nintendo Switch after the accident when he was scared to get a shot from the paramedics.

A Nintendo Switch is how an Arizona mom tracked down a York County man to thank him for saving her son in a car accident that killed her husband in June #NEWSCENTERmaine pic.twitter.com/5MYZILunSi

"If you take the medications the paramedics are trying to give you I'm going to go get it and give it to you and he took the shots," he said recalling the night of the crash.

The information in the Nintendo had Ty M and York County Maine, and after months of searching for him, Apodaca reached out to the York County Sheriff's Department.

"I found him within three days after that," Apodaca said with a laugh.

Mauzerolle said he didn't save Corey for the attention on social media, but because that's what Mainers do.

"I did it because I think anyone with a heart would have done it and you know I'm a life long Mainer, we help people out, it's what we do," he said.

Mauzerolle said he's picked out some games for Corey's Nintendo Switch for a late Christmas present and is looking forward to hopefully meeting him again when he drives through Arizona.

Mauzerolle will also be awarded the Highway Angel Award by an industry group called the Truckload Carriers Association.