The Ashtabula River has been delisted from the 'areas of concern' list. 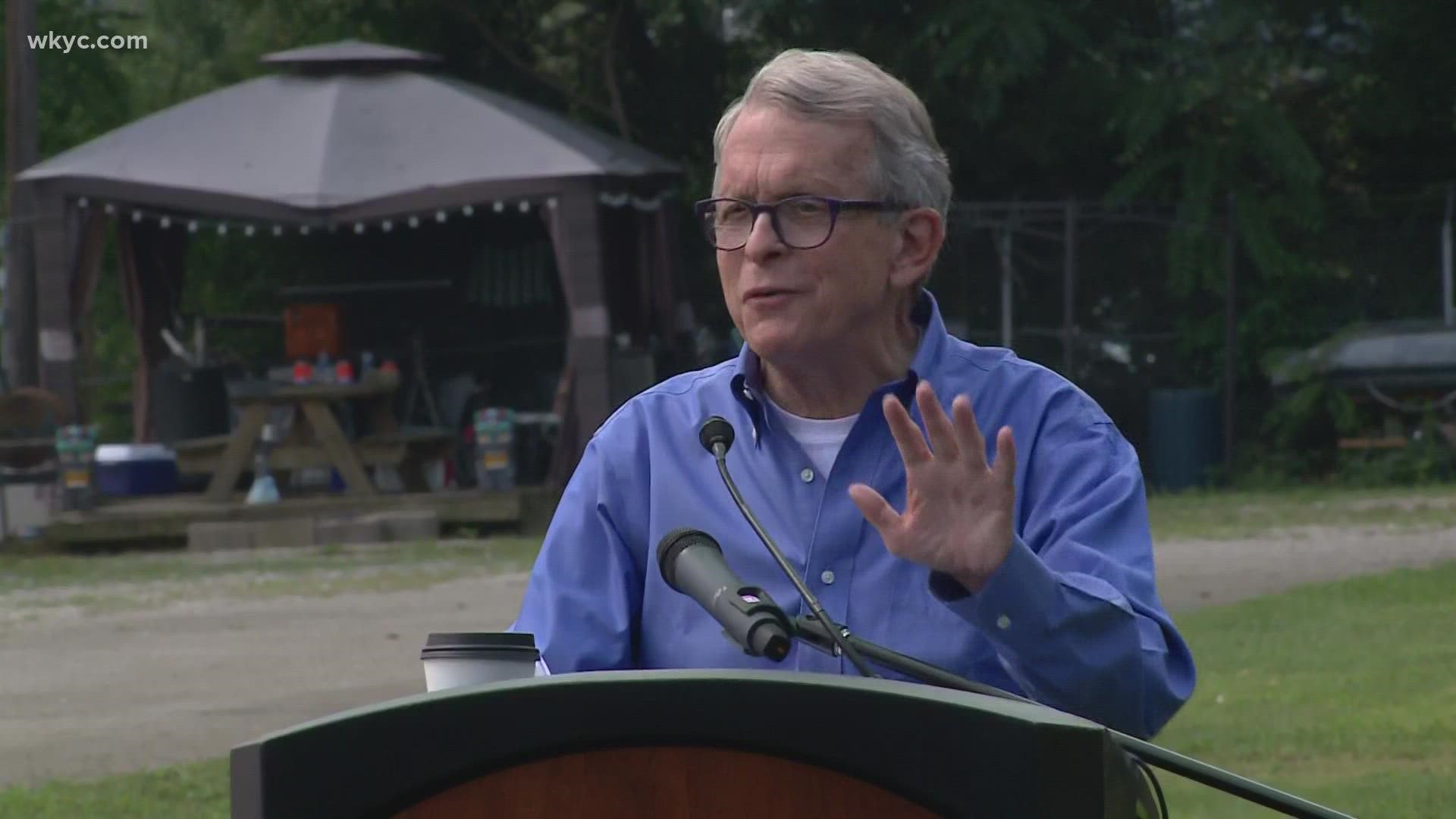 ASHTABULA, Ohio — It’s being celebrated as an “historic milestone" 33 years in the making.

Ohio Gov. Mike DeWine made an appearance in Ashtabula on Thursday morning “to celebrate the cleanup and restoration of the Ashtabula River.”

Gov. DeWine was joined by U.S. EPA Deputy Administrator Janet McCabe for a press conference at the Ashtabula Yacht Club.

“The crown jewel of Ohio is this lake (Erie) and the rivers that flow into it," Gov. DeWine said. "This is a happy day.”

He said there's more work to do, but added it was time to "celebrate today's victory."

“Since 2006, successful river cleanup and restoration efforts have dramatically improved habitat for fish, reduced levels of contaminants in sediment and restored habitat in the area known as the 5-1/2 Slip,” according to a press release from the EPA earlier this year. “Now that environmental issues have been addressed, the agencies anticipate that the Ashtabula community will continue to see accompanying economic and social benefits.”

As a result, the Ashtabula River has been delisted from the “areas of concern” list.

“The Ashtabula River was formally designated as an area of concern (AOC) under the 1987 Great Lakes Water Quality Agreement between the U.S. and Canada,” according to the EPA’s final delisting report, which was published in July. “This designation as an AOC was primarily due to contaminated sediment and a lack of fish and wildlife habitat.”