'It would crush my heart': Feed Our Vets Ashtabula stands to lose base of operation if it fails to raise $100,000

The building in which the organization is housed is up for sale, & the nonprofit has until the end of the month to raise the funds or find of new home. 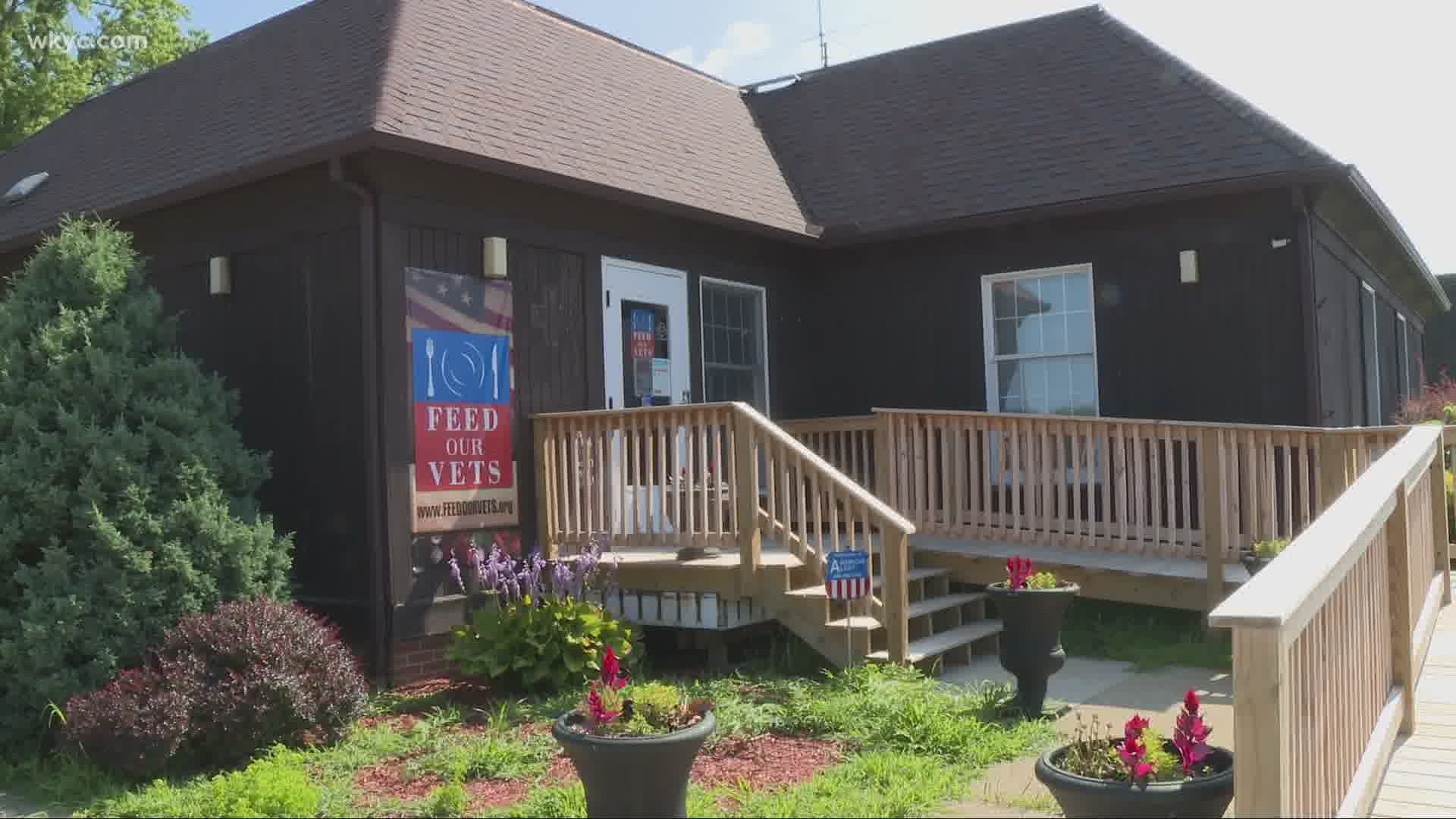 ASHTABULA, Ohio — Ashtabula County's nearly 8,000 veterans stand the potential of losing a valuable resource in the community if one organization doesn't raise $100,000 by the end of the month.

Feed our Vets Ashtabula is a nonprofit relying solely on donations that provides food for veterans and their families. If the organization doesn't raise the funds to purchase the building they’re currently using, they’re going to have to pack up and find a new home.

“It would be a terrible loss for the county,” Navy veteran Frank Adley, who recently presented a $2,000 check to Feed Our Vets Ashtabula on behalf of American Legion Dewey Howlett Post 103, told 3News

“Without this organization here. I'm just not sure what would happen,” volunteer Amy Hutchinson added. “I know a lot of people would suffer.”

Pantry Director Tracy Bidwell, who is the driving force behind Feed Our Vets Ashtabula, says since last October the nonprofit has given away more 71,000 pounds of food. Just this month, they helped 160 families at their drive through food distribution.

“We see the same guys every month,” says Bidwell. “We know them by name. A lot of them count on us.”

But the location of next month’s distribution is up on the air: The owner of the building that houses Feed Our Vets Ashtabula is selling the property on Center Street for $125,000.  The organization, which is operating under the 501(c)3 of the national Feed Our Vets nonprofit, has been using the space rent free since July of 2019.

Bidwell writes in a GoFundMe that she and her husband have invested their own money into the building. They’re leading a campaign to raise the money to purchase the property because the thought of losing the building brings the 42-year-old to tears.

“It would crush my heart,” she said.

The mother of two, who is a daughter of a veteran and has two brothers currently serving in the military, believes veterans have done too much for the community to let them down.

“They're the reason why we're here,” Bidwell explained. “Now it's time for us to be able to help them and give back.”

The pandemic has forced Feed Our Vets Ashtabula to cancel multiple planned fundraisers, which has hindered their ability to raise money. Tracy says they currently have about a quarter of the money needed to purchase the property.

The group is holding an outdoor garage sale on the property Friday, July 24. and Saturday, July 25, from 8 a.m.-4 p.m. The building is located at 433 Center Street in Ashtabula.