Austin man warns others about concrete smashing through car window on U.S. 183

Arlen Peckham wants others to know what happened to him so they keep a closer eye on the roads. 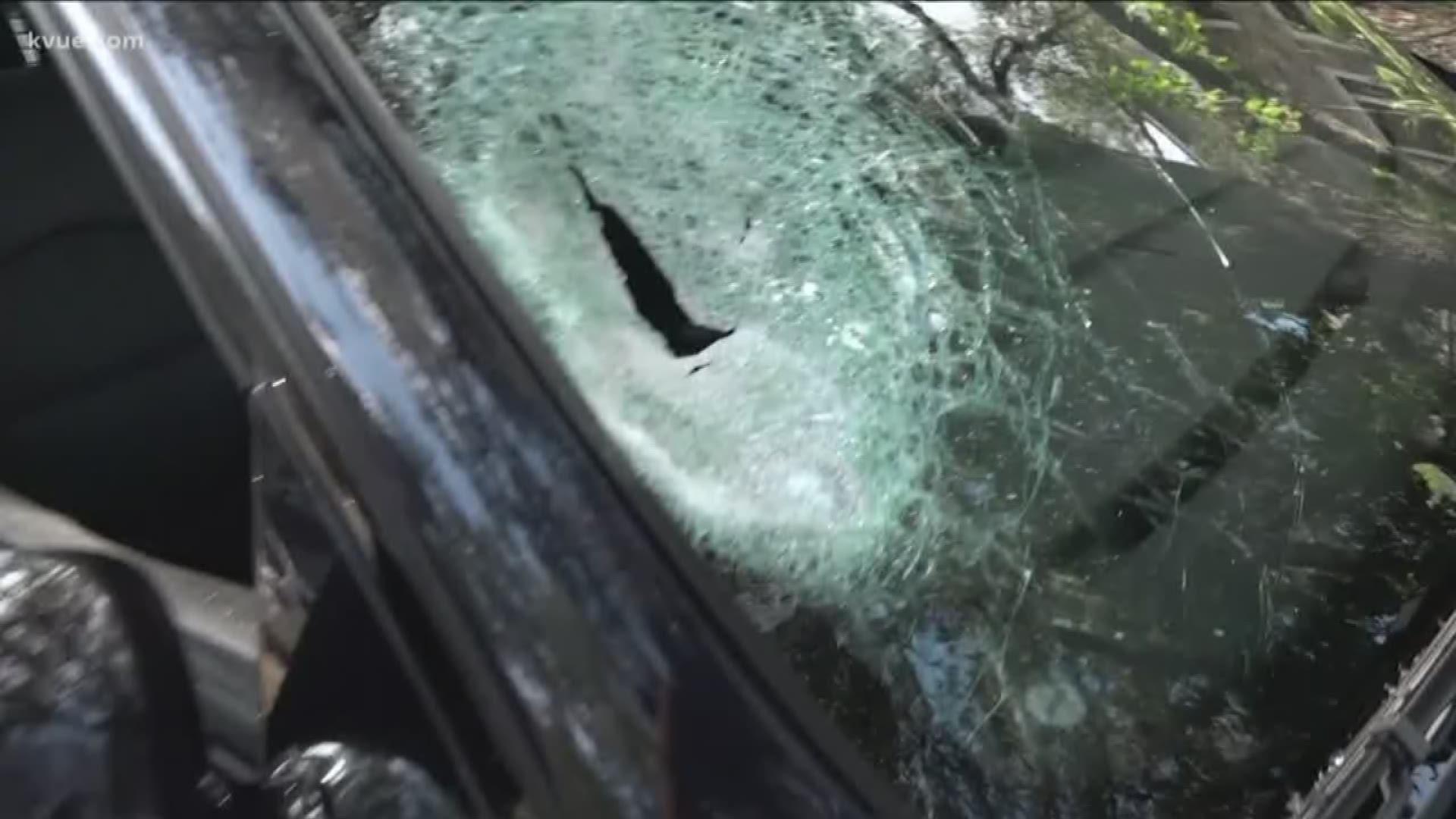 AUSTIN, Texas — Arlen Peckham was driving home on U.S. 183 on Friday night and said when he was getting off at the Avery Ranch exit something hit his windshield.

“I pay attention, you know, to what’s going on around me. I try to, but there’s no way I could’ve even seen that,” said Peckham. “I saw something out of the corner of my eye. I thought it was a bird or something like that.”

But he said the object caused enough impact that his windshield shattered on the passenger side.

“The second it hit it sounded like the airbags went off. The car was filled with particulate, which apparently was glass,” said Peckham. “It was incredibly loud and incredibly violent. I just I don’t know. It’s not something I would want to experience again.”

He said he wasn't seriously hurt and was the only person in the car during the incident. He went back to inspect the area where the incident happened and found a rock that fit in the hole of the window.

“There was nobody on the highway, which is really peculiar to me. There was nobody. I wasn’t near an overpass. It was just completely empty. It kind of just clicked. Somebody threw something at the car,” said Peckham.

A few days ago, KVUE reported a similar situation that happened on U.S. 183 and Payton Gin Road.

Peckham said it reminded him of the 2016 rock throwers and he wants people to keep their eyes on the road for anything suspicious.

“A couple years ago, it was kind of a big thing, somebody throwing stuff at cars and rocks at cars. I kind of remember following that,” said Peckham. “That’s how it works. I mean, you’re just driving and then out of nowhere, stuff like that happens. You never know. I’m just glad no one was in the car with me.”

Peckham filed a police report and KVUE is waiting to hear what they have to say about the situation.

'Hold on to your loved ones and pray:' Odessa hospital provides update on shooting