Officials said they had rented the boat from a company. 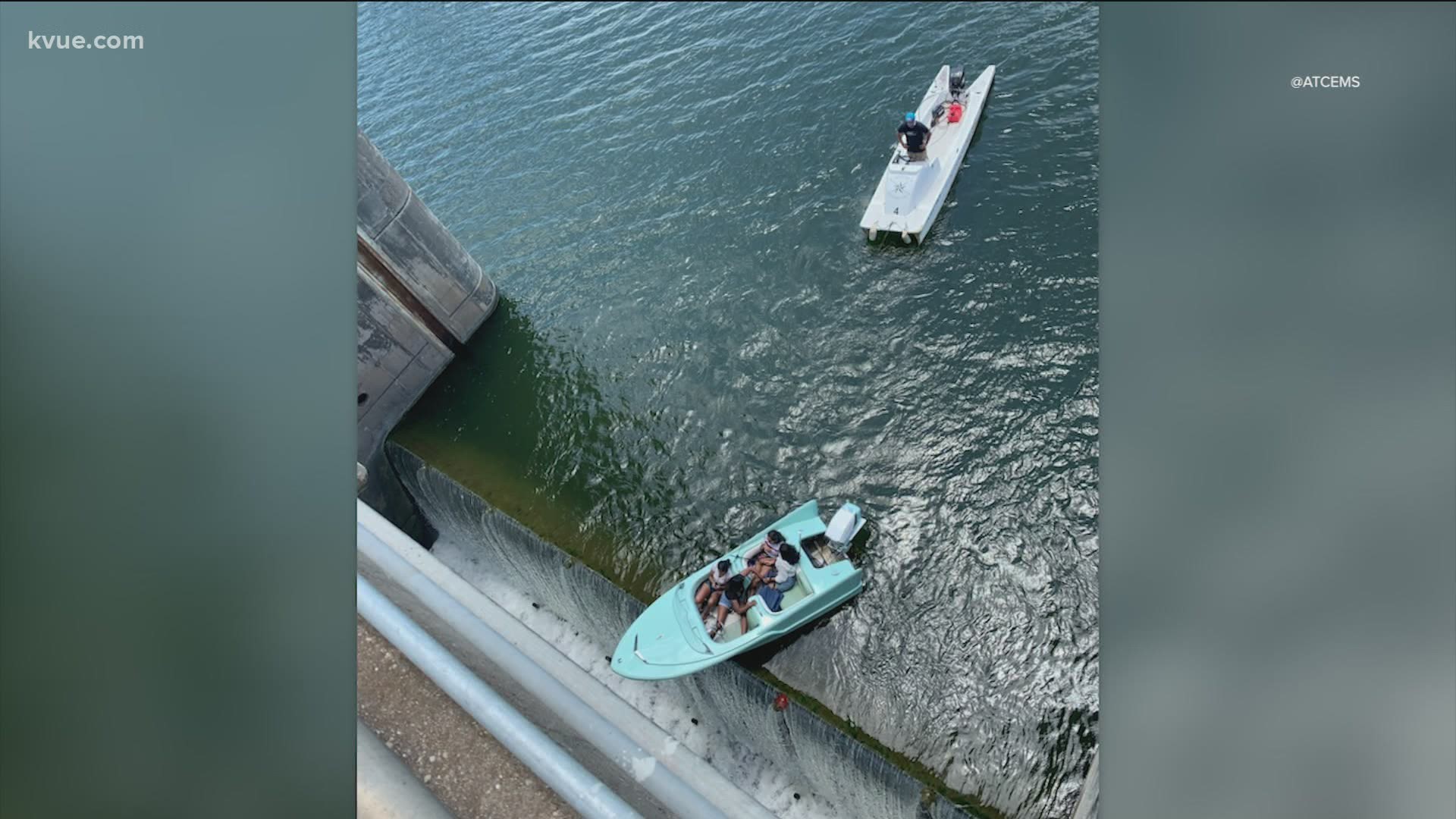 AUSTIN, Texas — Emergency crews responded to a water rescue call Thursday where 911 callers reported that a boat was "up against the dam" and it looked like it was
"going to go over" the Longhorn Dam at Lady Bird Lake.

Austin-Travis County EMS said multiple people were reportedly on board the boat located at Longhorn Dam. ATCEMS said the boat was partially over the top of the dam. ATCEMS added that the boat was attached to another boat in the area by a rope.

The Austin Police Department told ABC News that four female visitors to Texas rented the boat, were out on the lake and drifted too close to the dam. The small electric boat got stuck there and didn't have enough power to get out, officials said. Officials said the spillway was open because of the recent rainfall

The women called the boat company they rented from and they came out to help, but they didn't have enough power either, so they became stuck as well. Officials said the Lake Unit came out with a gas-powered boat and were able to connect to the company boat, which was connected to the girls' boat, and they were pulled away from the dam.

What boats are and are not allowed on Lady Bird Lake

The officer said if they had gone over, it could have been deadly.

On Friday, the APD proudly recognized Lake Patrol officers Bradley Smith, Mark Bozyk and Jesus Perez for their efforts in rescuing the boaters.