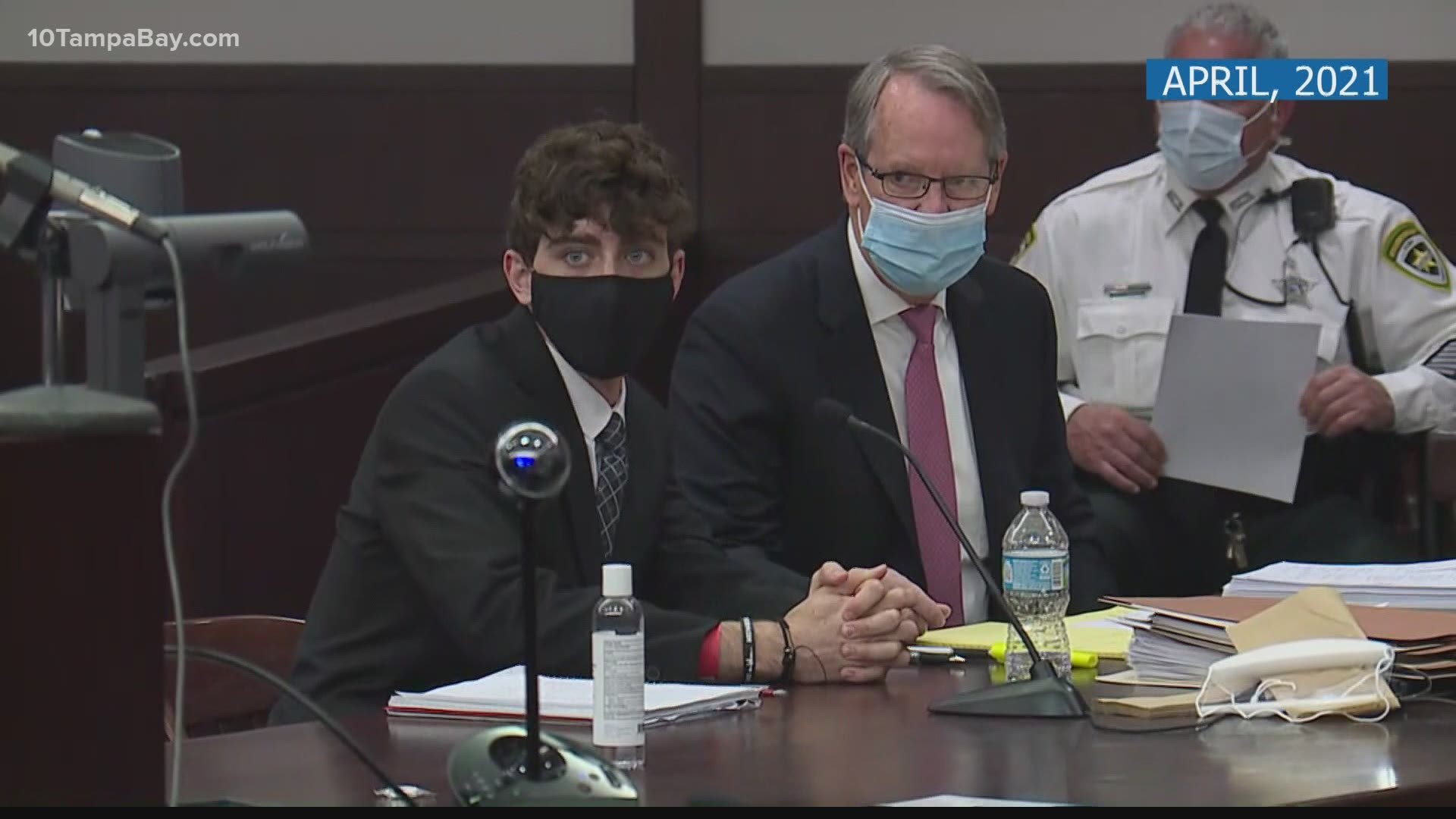 TAMPA, Fla. — Cameron Herrin, the 21-year-old man who back in April was found guilty of the 2018 deaths of a mother and her daughter after a street racing crash, is appealing his 24-year sentence, court documents show.

Herrin was one of two drivers involved in the deadly crash on Bayshore Boulevard. A judge found him guilty on two counts of vehicular homicide and sentenced him to nine years in Florida state prison for the first count and 15 years for the second count.

At the time, State Attorney Andrew Warren said the decision would bring some closure to the family of 24-year-old Jessica Reisinger and her 21-month-old daughter, Lillia, who she was pushing in a stroller when she was hit by Herrin's Ford Mustang.

The second man, John Barrineau, pleaded guilty in December to two counts of vehicular homicide and a misdemeanor racing charge in exchange for six years in state prison, followed by 15 years of probation.