The move comes over a month after student Stone Foltz died after a hazing incident. Pi Kappa Alpha will no longer be a part of BGSU, effective immediately. 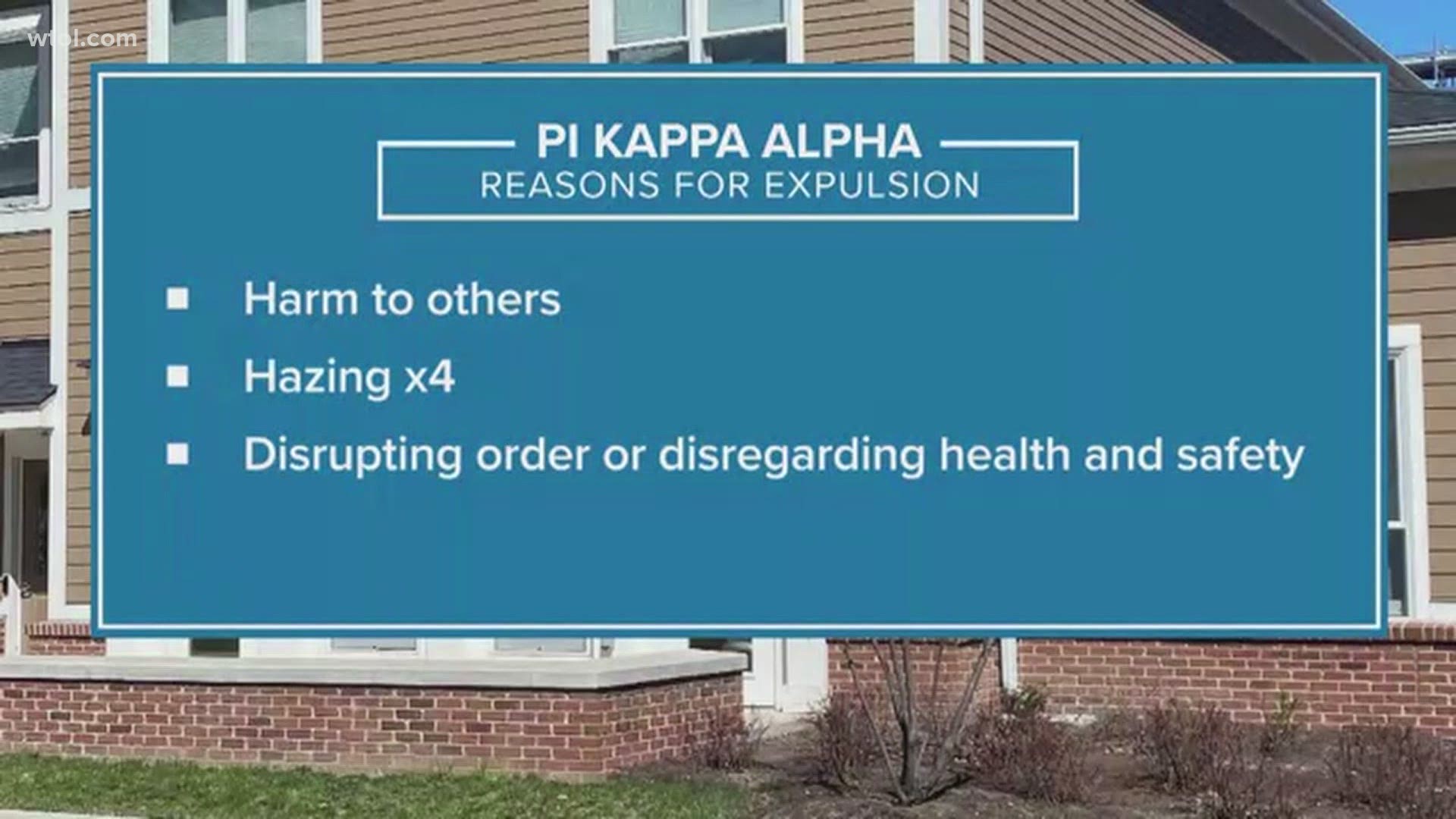 The move comes more than a month after student Stone Foltz died following a hazing incident. Pi Kappa Alpha will never again be recognized at the university.

"This expulsion is because of hazing, which is absolutely intolerable," a BGSU spokesman said in a statement. "The University's investigation found the fraternity to be reckless with a disregard for the health and safety of our community. This investigation also revealed a deep culture of deception rooted in the organization, filled with dishonesty and disrespect for our community."

The new members, like Foltz, were encouraged to tell faculty they would be missing class the next day. At the party they were given full bottles of alcohol to finish and were also blindfolded and led to the basement while being yelled at and pushed, according to documents released by BGSU.

Prior to today's decision, Pi Kappa Alpha was suspended shortly after the incident and the Greek residential letters were removed from the on-campus building.

Credit: WTOL 11
On Sunday, March 7, the Pi Kappa Alpha letters were removed from its on-campus residence. BGSU said in a statement that this was due to the interim suspension, "given that Pi Kappa Alpha is not currently recognized as a registered student organization."

BGSU previously charged the fraternity with six violations of the code of student conduct. The university found the frat responsible for all six.

The university released documents of their investigation, now acknowledging it’s likely a similar party happened in fall of 2018 where new members got sick after drinking a “concoction of alcohol mixtures known as a family drink” and that the school believes the fraternity lied to cover it up.

"Despite hazing accountability measures, the chapter still knowingly and intentionally engaged in activities that were found to be unsafe, high-risk and strictly prohibited by the University and the law," the statement said. "Today’s expulsion is a step forward in eradicating hazing at BGSU. Local law enforcement and individual student conduct investigations are ongoing.”

"The decisions made by Bowling Green State University President Rodney Rogers to expel and permanently ban Pi Kappa Alpha Fraternity from the campus and to improve their anti-hazing efforts are good first steps, but they are expected. We have a long way to go to reach our goal of eliminating even the most minimal act of hazing on college campuses everywhere. Stone’s death at the hands of fraternity members hazing him and other pledges was reckless and inhumane. On behalf of Stone and his family, we will not stop until there is a zero-tolerance anti-hazing policy on every college campus in this country."

Credit: WTOL 11
A BGSU student holds a sign during a protest march after the death of Stone Foltz, who died after an alleged alcohol-involved hazing incident that took place March 4

The full findings of Foltz's autopsy by Lucas County Coroner Diane Scala-Barnett were released on Wednesday, and in the coroner's verdict she notes, "It is my opinion that Stone Foltz died of FATAL ETHANOL INTOXICATION DURING HAZING INCIDENT. Manner of death: Accident - College fraternity induction ritual."

Foltz's blood alcohol content was 0.394, according to the family, who said it was likely even higher immediately after the hazing ritual. Foltz died March 7, days after the hazing incident involving alcohol that occurred at a Pi Kappa Alpha (PIKE) off-campus event on March 4.

BREAKING: Bowling Green State University has announced Pi Kappa Alpha has been permanently expelled from campus. The fraternity will never again be recognized at BGSU.

This comes one month after the death of 20 year old Stone Foltz, who died from a hazing incident. @WTOL11Toledo pic.twitter.com/A3gkYyxjJF