Highlighting events from the Rock and Roll Hall of Fame to Karamu House and more. 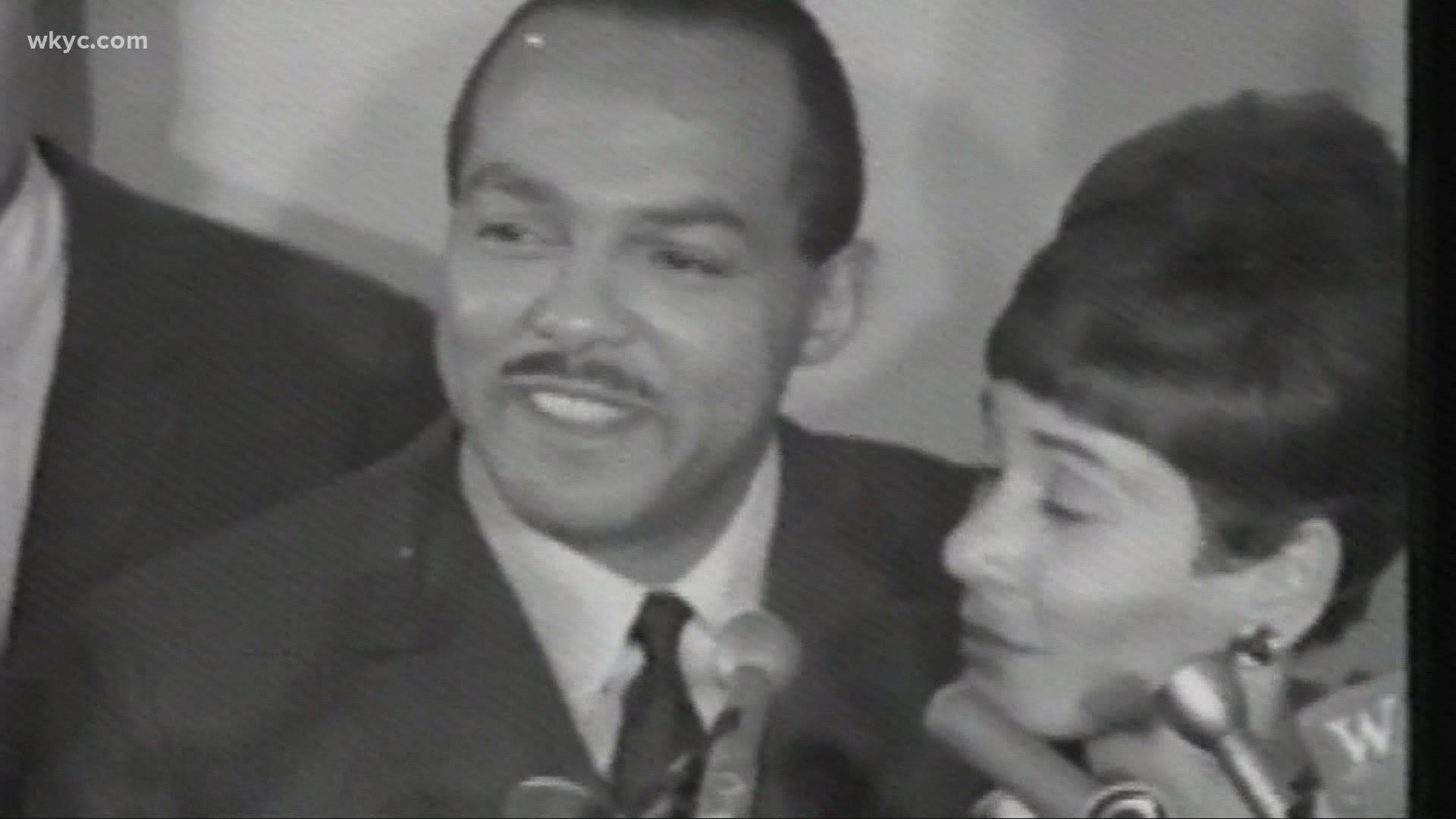 CLEVELAND — Black History Month is upon us, and Destination Cleveland has outlined a number of different ways you can celebrate throughout the month of February in Northeast Ohio.

"Black Clevelanders have and continue to create change and foster innovation in the community, the country and across the world," officials with Destination Cleveland said in a press release Friday. "As Americans work to dismantle systemic racism in the country and in our city by prioritizing the essential learning and engagement with the Black community, Destination Cleveland encourages locals, during Black History Month, to attend or visit one or more of the virtual or socially distanced events, exhibits and attractions throughout the area to further their knowledge and understanding."

Here are their suggestions on ways you can honor Black History Month:

Western Reserve Historical Society/Cleveland History Center: This year, residents can learn more about Black influence in Cleveland from the comfort of their homes with virtual programming from the Western Reserve Historical Society and Cleveland History Center. Locals can immerse themselves in the area’s Black history with the Speaking of Cleveland lectures that cover important figures and community practices and the online exhibit Celebrate Those Who Give Black, which explores the rich history of Black charitable giving and tells the story of Black philanthropy in Cleveland.

The Rise of Black Glenville: This virtual exhibit dives deep into Cleveland’s Glenville neighborhood, a historic landmark of the Civil Rights movement. Curator Shelli Reeves worked to gather stories, history and photos of the neighborhood for the exhibit. In addition to viewing online, Cleveland residents can also set up an appointment to view the exhibit at ThirdSpace Action Lab in Cleveland.

Cleveland Museum of Art: The Politics of Sound: Feb. 3 at 12 p.m. How has music served as a tool for political change? Join Andrew Cappetta, Manager of Exhibition and Collection Programs at the Cleveland Museum of Art, and Nwaka Onwusa, Vice President of Curatorial Affairs & Chief Curator at the Rock & Roll Hall of Fame, for a conversation about the power of music and artists who have harnessed word and sound to fight for social justice and racial equality.

Karamu House: The Impact of “Shuffle Along”: Feb. 1-28. Karamu House, America’s oldest Black producing theatre, is offering a virtual, on-demand and free musical documentary about Shuffle Along. Presented in partnership with The Musical Theatre Project, the multimedia concert features songs from the first-ever jazz musical and tells the story and history behind the groundbreaking production, which is celebrating its 100-year anniversary in 2021. Karamu House will also host virtual live events each Friday throughout Black History Month as part of its In the Tradition community program series.

Rock & Roll Hall of Fame: This year, Clevelanders can enjoy the Rock & Roll Hall of Fame’s Black History Month Celebration in-person or virtually through the "It's Been Said All Along: Voices of Rage, Hope & Empowerment exhibit, which features Black artists and their use of music to respond to racism, fight for human rights and promote social justice. Rock and roll fans can also enjoy a musical tribute to R. Martin Luther King Jr. on the museum’s YouTube page as well as a number of lectures that will take place throughout Black History Month. Locals can visit the Rock Hall’s online events calendar for information.

Playhouse Square: Rhapsody in Black -- February 22-28. Cleveland residents can enjoy the virtual one-man show, written and performed by LeLand Gantt, which details his personal journey to understanding racism in America. In addition to the on-demand show, Playhouse Square will host Mr. Gantt for a live Q&A on Feb. 28 at 7 p.m.

Black Lives Matter Street Mural on East 93rd Street, Cleveland: In 2020, more than 20 artists teamed up to paint the mural, each artist taking one letter to celebrate Black culture in Cleveland. The mural follows a trend started by Washington, D.C., Mayor Muriel Bowser that has since spread to Akron, Cincinnati, Oakland, Sacramento and more.

Underground Railroad Mural: Willis Street, Bedford. A public mural designed and created by three local artists to celebrate the unique role the City of Bedford played on slaves’ road to freedom. The mural is feet from the railroad tracks that Abraham Lincoln traveled to his inauguration and later as part of his funeral procession. The mural features iconic figures like Harriet Tubman and Frederick Douglass.

#VoicesofCLE Murals: Downtown Cleveland Alliance’s #VoicesofCLE public art initiative amplifies voices in the community -- especially those of color, providing a platform for freedom of expression and encouraging healing while also sparking conversation and action following the June 2020 unrest in Downtown. Residents can see four of the #VoicesofCLE murals at North Coast Harbor (many are currently in storage due to winter weather). To view all the murals online, visit www.voicesofCLE.com/gallery.