As we celebrate Black History Month, Leon introduces us to Melody Stewart, recently sworn in as the first black female justice elected to the Ohio Supreme Court 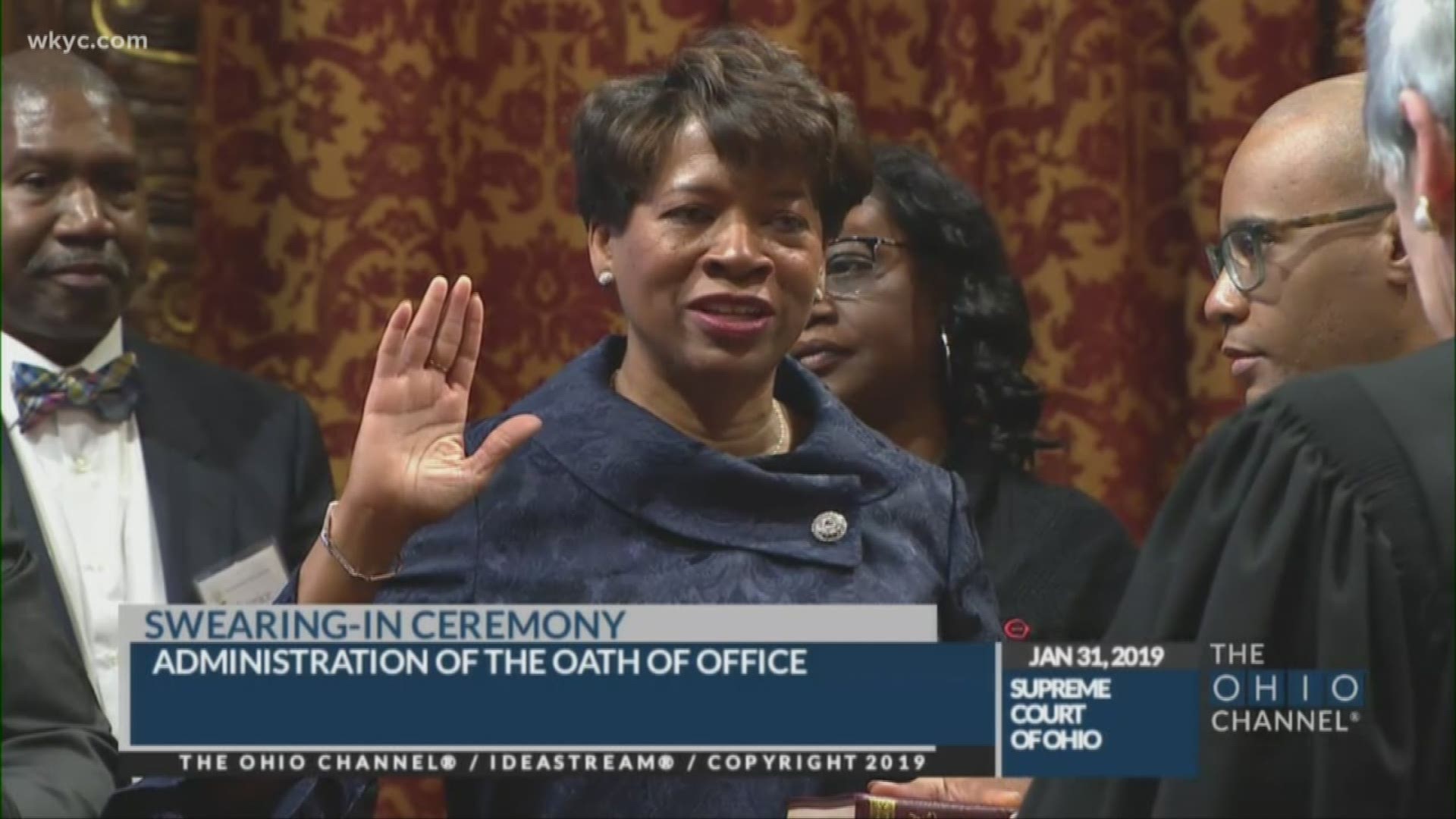 CLEVELAND — Late last month, she took the oath of office for the highest court in the state of Ohio.

Melody Stewart is the 161st justice of the Ohio Supreme Court.

It was a historic moment, marking the long way from her beginnings.

"The historical significance has its own set of feelings and emotions and responsibilities," she told us.

Stewart's accomplishments mark her as the first black woman elected to the state's highest court.

"It was a timing of things, my ability to get across the state and be able to relay a message that resonates with people," says Stewart.

At 57, Stewart reflects on her long route to the court. As a student at Beaumont, the all-girls Catholic high school in Cleveland Heights, she gave no thought to election campaigns or courts. But she did think.

In college, Melody Stewart earned an undergraduate degree at the University of Cincinnati's Conservatory of Music.

"But I love music too much to try to make a living at it," Stewart says smiling.

Someone suggested the law to her, and it touched her heart.

So it was back to school for Melody as she attended Cleveland State University's Marshall College of Law.

A job as assistant law director at Cleveland's city hall was followed by work as a law professor at three different universities.

Then in 2006, she was elected to Ohio's 8th district Court of Appeals. Now it's the Ohio Supreme Court.

At the age of six, Melody Stewart began putting her footprints in the streets of Woodward Avenue at her family's home in Cleveland's midtown section.

It's a long way from there to the Ohio Supreme Court.

"As a 6-year-old kid running down Chester Avenue, going to a friend's house or going to school, you don't think about what you're going to do in life," Stewart reflects.

An inspirational story of a girl from Cleveland who grew into adulthood, wanting to serve and be the best she could be.

She said her route began on a road of preparation to where it intersected with the avenue of opportunity and the beliefs of those who voted for her.

This is but one story of supreme value of Melody Stewart, who is now a Supreme Court justice.