Nonprofit 'Facing History and Ourselves' fights racial inequity through education

The Cleveland office is one of seven national hubs, working with more than 500 schools in Ohio. 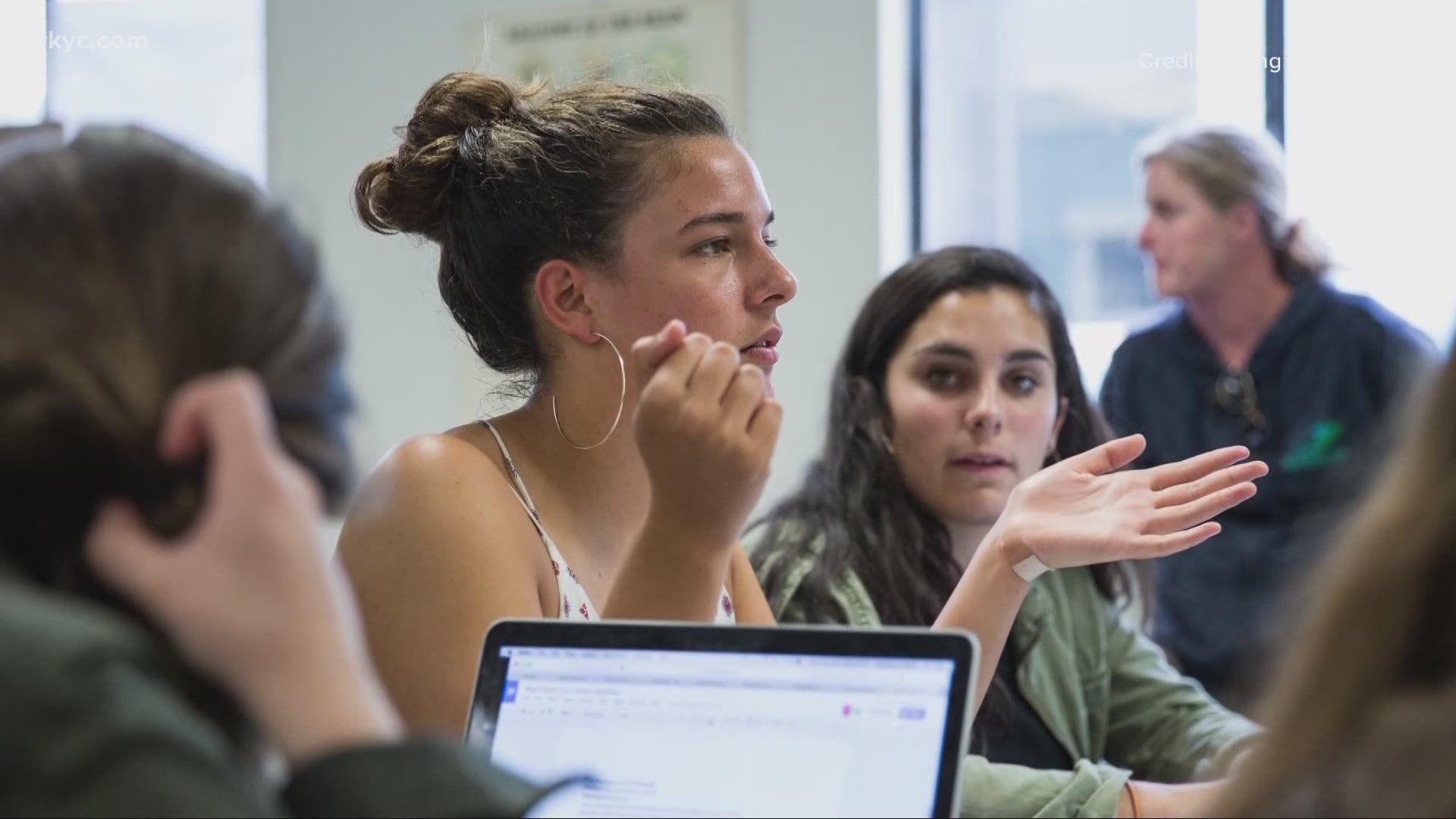 CLEVELAND — Think back to your high school history class. This may not be what you remember.

“If you were to peer into a Facing History classroom, you would not see an educator who's lecturing,” said Pamela Donaldson, program director for the Cleveland office of Facing History and Ourselves.

It's a subject that she knows well.

She taught history with Cleveland Heights-University Heights schools before joining Facing History and Ourselves, 16 years ago.

“We know that educators are the pipeline to the students, and the students are the ones who are the hope for the future. So we try to design the resources that we have and the tools we have with all of that in mind.”

Since its founding in a Boston classroom in 1976, Facing History and Ourselves has gone global. The Cleveland office is one of seven national hubs, working with more than 500 schools in Ohio already.

While studying the Holocaust was its seminal work, examining race and equity is at Facing History’s core.

“What we're trying to do both for adults and students alike is to encourage people that their voice and their choices matter,” said Swaim-Fox.

When they understand that, people often choose not to stand by, but to stand up. Facing History calls them, appropriately, upstanders. It's a pattern Facing History fans, its educators, see again and again.

Kimberley Butler is part of the English department at Laurel’s Upper School.

“I remember specifically one student…after learning about Native American boarding schools and their purpose of stripping peoples of their culture, she was enraged. But she was also very empowered and inspired. She raised her hand at the end of the seminar and said, ‘Why aren't we being taught this?’” said Butler, “I said, ‘Well, you are now.’”

The lessons help students think critically about the choices they have in the face of injustice, giving them actionable tools. Rocky River High School educator Jennifer Forshey sees it as her class processes current events.

“They're getting flooded with information daily through all sorts of sources,” said Forshey. “Where the classroom comes into play is it allows them to pick apart all that information focus on it, and put it back together in a framework that makes sense to them where they can then ethically reflect on the choices that they individually need to make to you know work towards a better community and hopefully a better country.”

“We did a lot of the work for them because the hope was that they wouldn't shy away from the conversations,” said Donaldson.

Those conversations, they say, can change the future.

That's how Facing History and Ourselves hopes to create a society of upstanders, one classroom at a time.

Butler says she’s sure of it.

“I have not hope in the next generation, but certainty. That they are going to be the brave agents of change that this world so desires and deserves.”