Authorities are investigating the fire, but do not believe there is anything criminal at this time. 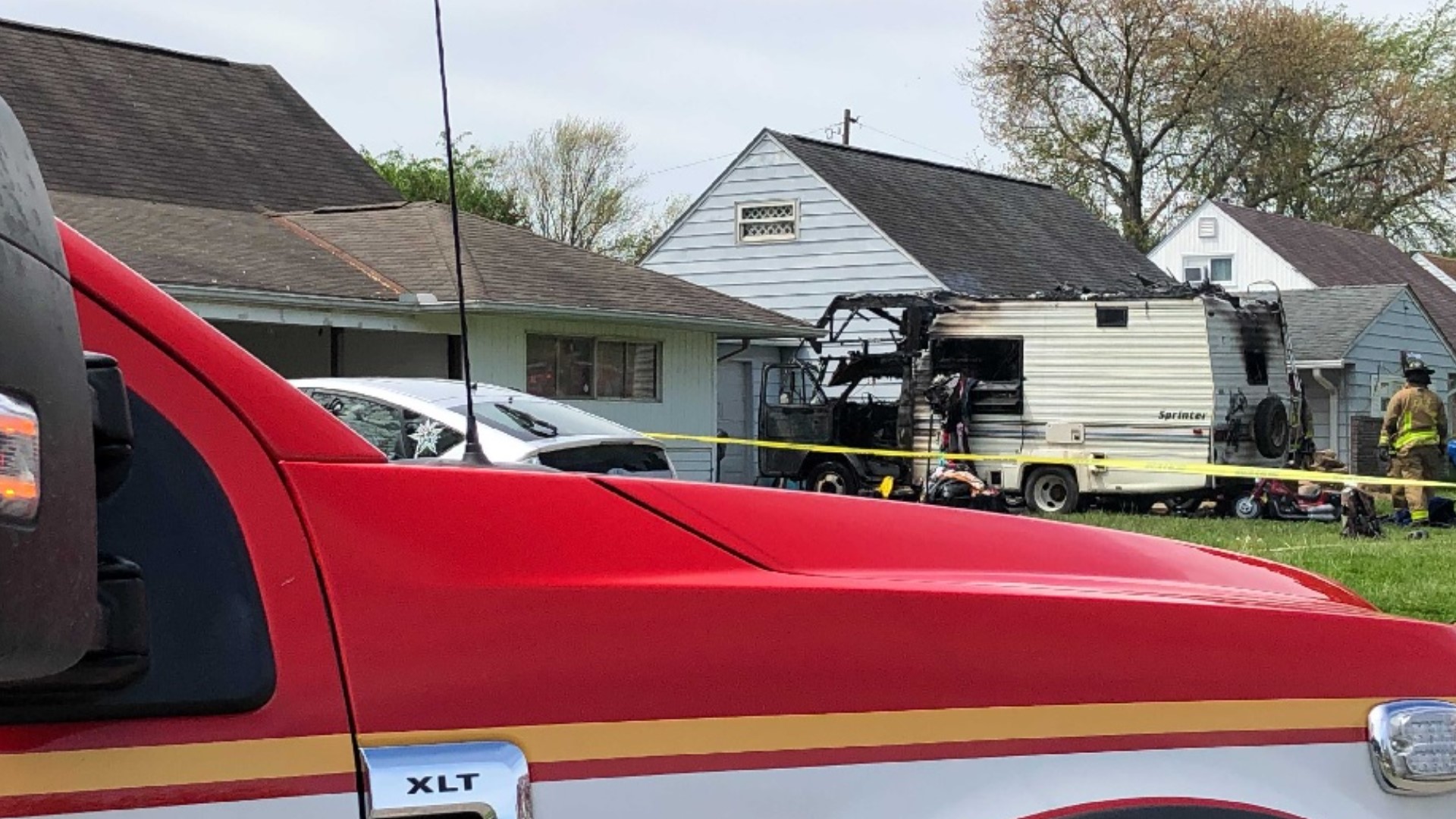 WHITEHALL, Ohio — Two young children were killed in an RV fire in Whitehall Sunday morning, according to police.

Police and the Whitehall Fire Department were called to the 4100 block of Rickenbacker Avenue around 11:40 a.m.

After extinguishing the fire, police say a 11-month-old girl, Zoee Pack, and a 2-year-old boy, Ezra Payne, were found dead in the RV.

Whitehall Assistant Chief Fire Chief K.J. Watts said the mother was in the front yard with burns from trying to save her children when fire crews arrived.

The mother was taken to a hospital.

The father was at work at the time of the fire, according to officials.

The homeowner where the RV was parked, who did not want to be named, said the RV belongs to his friend and wife who were staying in the RV with their children.

The family had just parked their RV in the homeowner’s driveway Saturday evening and was planning to head somewhere else Sunday night, according to the homeowner.

Authorities are investigating the fire, but do not believe there is anything criminal at this time.

Editor's note: Whitehall police initially identified the victims as an 11-month-old boy and a 2-year-old girl. The copy above is updated to show the girl was 11 months old and the boy was two