Max Titkemeier raised thousands of dollars for the families Toledo police officers Anthony Dia and Brandon Stalker. Now, he hopes to help another hero in his life. 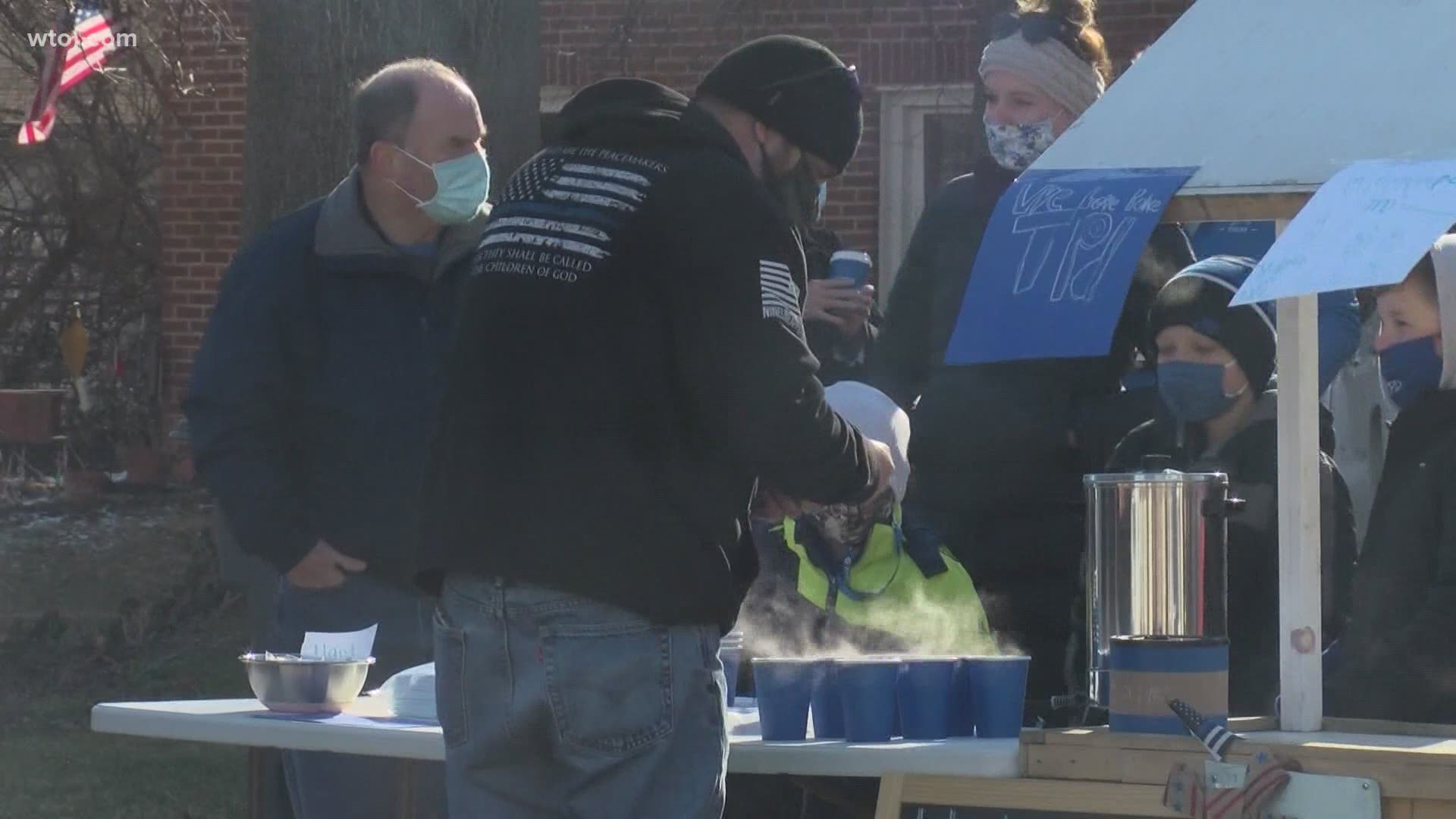 An 8-year-old boy who raised thousands for the families of fallen Toledo police officers Anthony Dia and Brandon Stalker, is back fundraising for another hero in his life: his mother.

Max Titkemeier first raised over $1,000 with a lemonade stand for the family of Officer Anthony Dia, who was shot and killed on July 4, 2020. Just a few months later, on Jan. 18, 2021, Toledo lost another young officer: 24-year-old Brandon Stalker. Titkemeier adjusted for the weather, opening up a hot cocoa stand. That time, he raised more than $13,000 for the Stalker family.

However, now the need is hitting a bit closer to home.

Max's mother, Lisa Titkemeier, was diagnosed with non-Hodgkin’s lymphoma. The 8-year-old has stepped up to help in the best way he knows how, with another lemonade stand and a plea to the community.

This time around, he has a little bit of extra help. Monnette’s Market on Secor Road is hosting Max's stand, in the hopes of garnering a little more foot traffic for the cause.

Those who wish to contribute can stop by Monnette's on Saturday, Sept. 11.

Join us this Saturday September 11th for Max Titkemeier’s lemonade stand. He will be raising money for his mother, Lisa...

Posted by Monnette’s Market on Secor on Friday, September 10, 2021