In today's climate, student safety is paramount in our schools. That's why the Brenham Police Department is using a "chariot-riding" officer to not only promote safety, but fun as well 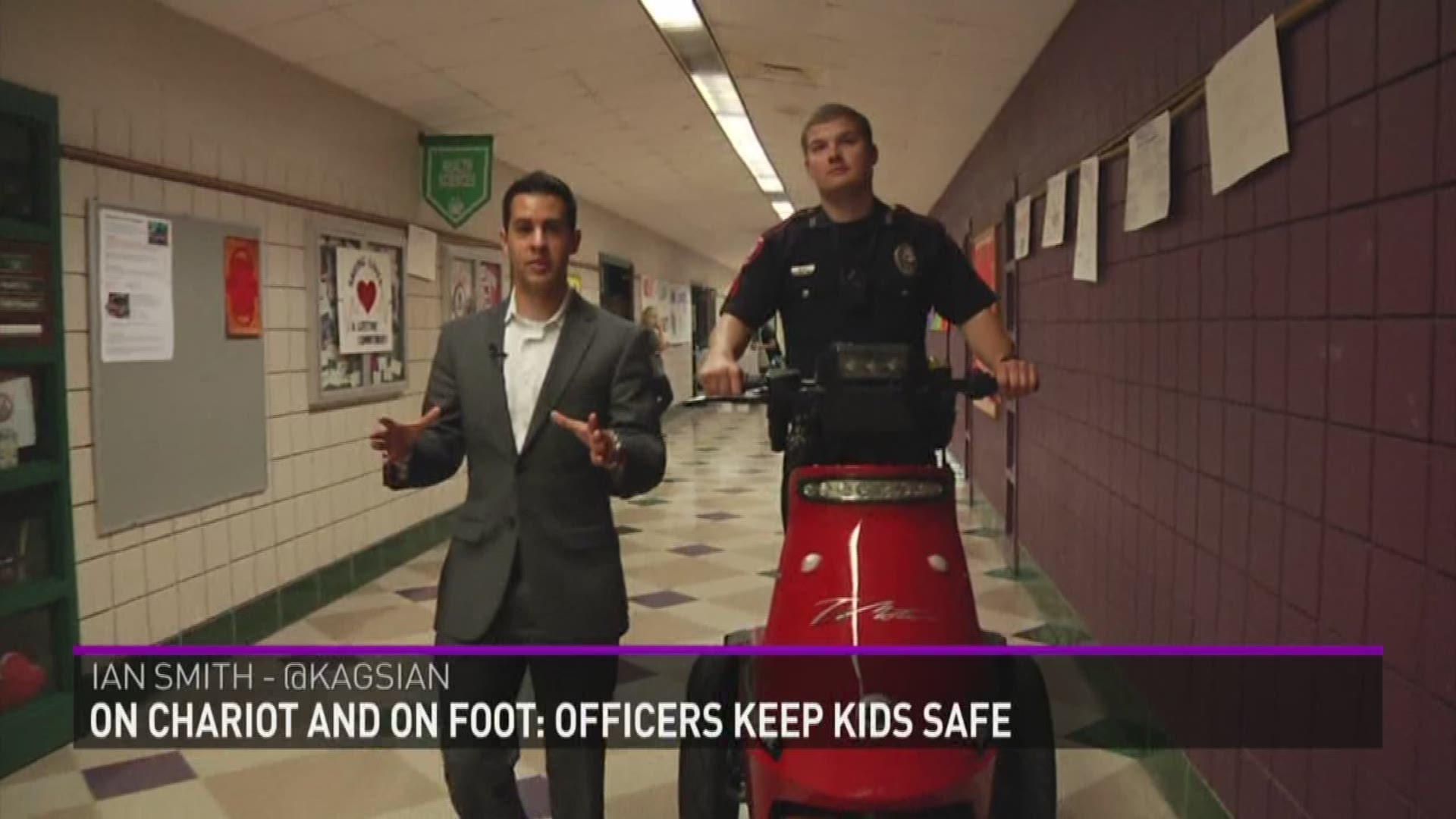 BRENHAM, Texas - In today's climate, student safety is paramount in our schools. That's why the Brenham Police Department is using a "chariot-riding" officer to not only promote safety, but fun as well.

"He passes us up all the time. You can see him coming," said student Kierra Mathis.

Cpl. Lance Weiss with the Brenham Police serves as the School Resource Officer for Brenham High School. The three-wheeled motorized chariot gives him a much needed boost.

"I'm not the tallest guy," said Weiss. "I'm able to see way over the crowd of students that come through the hallways."

Weiss enjoys patrolling the halls because he's able to have conversations with the kids and even do a few tricks on his chariot.

"I take my job very serious," said Weiss. "But then, sometimes you don't have take it as serious and every chance you get to communicate with kids, to talk to kids, to joke with kids, I think it's very important to take that opportunity."

"The first day he came, he actually started a conversation and so then he brought this big red thing and it just made it even funnier and he was just even closer to us," she said.

"I refer to them as angels at the junior high," said Webb. He also said the morning is his favorite time of day.

"I can tell when they get out of their car if they're kind of having a down day and or had a bad night just by their approach how they come to school," he said. "Try to pep them up and get them going."

Webb says the students also help with safety because they report any suspicious behavior.

The presence of Weiss and Webb on the school campuses give students a sigh of relief.

"To me, it makes me feel safer and a lot of my friends say it makes them feel safer, too," said student Jerry Salgado.