Brett Hankison was one of three officers who fired shots into Breonna Taylor's apartment, killing her. 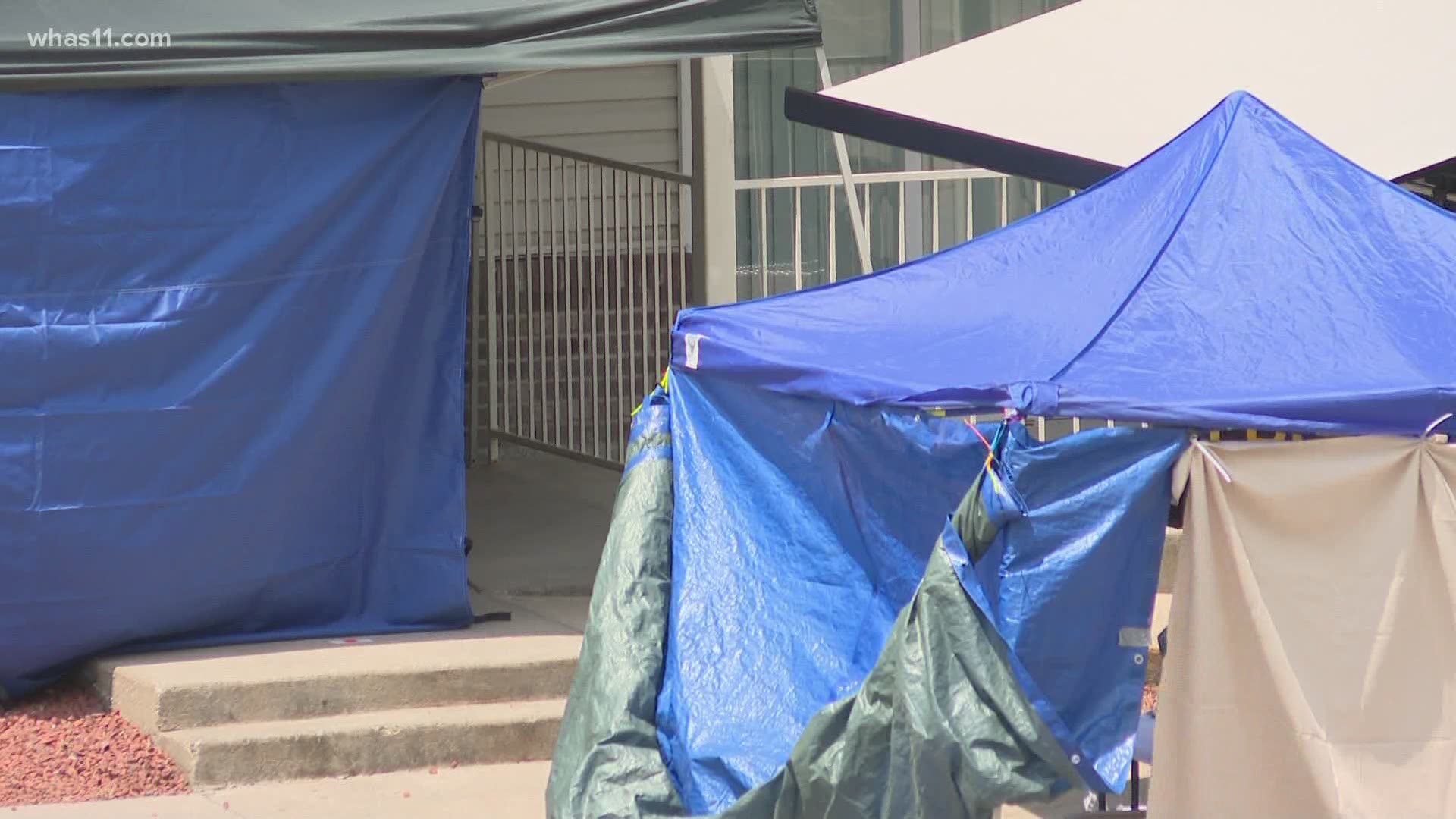 Hankison was fired after Louisville Metro Police Chief Robert Schroeder said he violated standard operating procedure for use of deadly force and obedience to rules and regulations the night of Breonna Taylor's death.

Hankison is one of the three officers who fired shots into Taylor's apartment while executing a no-knock search warrant March 13, killing her.

Hankison was previously reprimanded by former Chief Robert White after an investigation found that he violated standard operating procedure for obedience to rules and regulations during incidents on April 10, 2005 and August 5, 2009, per his personnel file.

In 2005, LMPD said Hankison violated procedure when he "improperly" charged someone with carrying a concealed deadly weapon "for having a shotgun in the trunk of his vehicle."

During the August 2009 incident, LMPD said Hankison did not notify his immediate supervisor about specific charges on someone "so the appropriate photos could have been taken." LMPD said he also violated procedure for extracting evidence from a suspect's mouth when he "failed to call EMS or seek medical attention for [redacted] after believing he had swallowed cocaine," per his personnel file.

Hankison was also accused of using physical force in the 2009 incident, but the investigation said the claim was unfounded.

Additionally, Hankison was accused of violating procedure for obedience to rules and regulations during an incident on June 18, 2009. The investigation said those claims were also unfounded.

Hankison responded to the reprimand, saying he "never received any training" from LMPD on arrests for carrying a concealed deadly weapon. The officer also claimed he did contact his supervisor during the 2009 incident, and photographs were taken.

He also said he did not contact EMS because he "did not believe [the person] was in physical danger" because cocaine ingested in a package will pass through a person's system without affecting their health. Hankison also claimed the person told him he would refuse medical treatment if EMS were called.

In his termination letter, Schroeder said Hankison had previously been disciplined on January 9, 2019 for reckless conduct that "injured a (sic) innocent person present."

Hankison is also accused of harassment in a federal lawsuit filed by Kendrick Wilson, a Ford employee arrested by Hankison three times between 2016 and 2018.

The suit states Hankison and Wilson had interactions outside of arrests over a relationship with the same woman.

Wilson describes Hankison as a "a dirty cop with a vendetta."

The citation said a police dog signaled the presence of a narcotic odor in Wilson's pocket, but Wilson claimed he only had money. According to the citation, Hankison recovered a plastic bag on the ground of what appeared to have cocaine. The lawsuit says body camera footage shows the officer locate the plastic bag "several feet" away from Wilson.

Wilson was arrested later that year, though charges were once again dropped a few months later. He asked Hankison of harassment, however Hankison has denied all of the allegations.

After his involvement in Breonna Taylor's case was revealed, Hankison was also accused of sexual assault.

Two separate women alleged Hankison sexually assaulted them after driving them home from a bar on different occasions.

"He drove me home in uniform, in his marked car, invited himself into my apartment and sexually assaulted me while I was unconscious," one woman wrote on Facebook.

Mayor Greg Fischer announced a broader review of those allegations on June 11. LMPD's Public Integrity Unit had previously opened an investigation into the allegations.

Fischer also wrote the River City Fraternal Order of Police, demanding Hankison be removed from his position as a member of the Louisville Police Merit Board, saying it was inappropriate for him to be on the board given the investigation.

"Anyone can make a claim about anything," Nichols said. "It should be investigated, and if those allegations are proved to be true then they would be addressed accordingly."

The mayor directed LMPD not to submit any cases to the board until the matter was solved.

Hankison's personnel file shows he was commended for his work with LMPD's Metro Academy Classes throughout his tenure. In 2013, he received LMPD's Exceptional Merit Award for "outstanding interruption of a human trafficking operation" in south Louisville. The same year, he was nominated for the Distinguished Lifesaving Award for his work at a crash.

No charges have been filed against any officers. Attorney General Daniel Cameron said his office's independent investigation is still ongoing, while FBI Louisville was seen at Taylor's apartment Friday as they complete a separate investigation.

Taylor's lawyers said they "look forward to [LMPD] terminating the other officers involved in Bre's murder," and said all should be prosecuted.