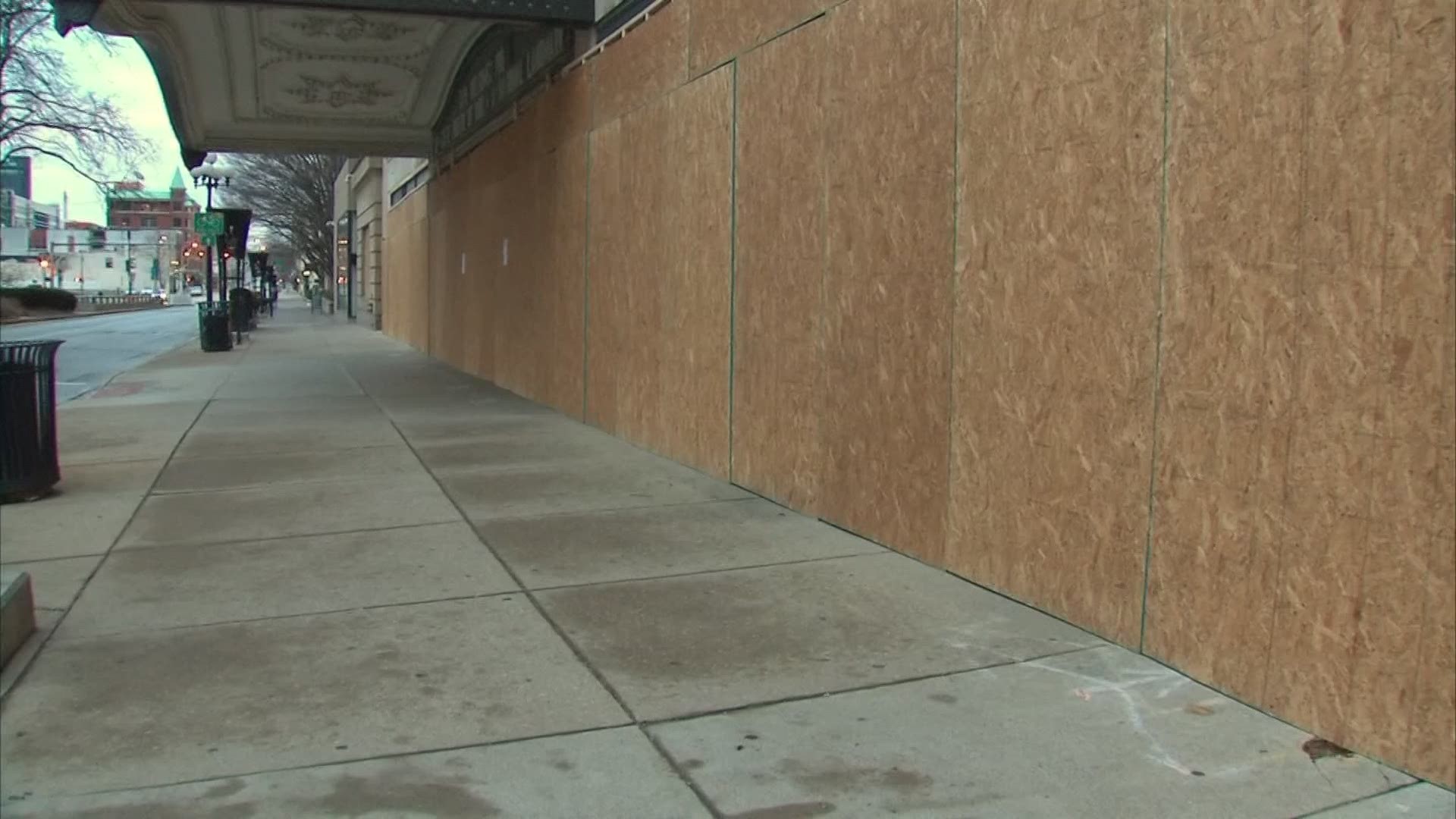 Luke Edwards, with OH Pizza and Brew located on Broad Street, told 10TV the restaurant was damaged from the protests last summer.

"From that point on, now we can’t trust whether or not something will be peaceful, so we err on the side of caution," Edwards said about his business being closed because of the possible protests.

Chad Goodwin, the co-owner of 4th and State, also made the decision to close for the weekend.

“The quick bucks we can make off some mimosas, you know if anything were to happen, or escalate, that money would not be worth the damage that it does long-term. Whether it’s to our staff or the facility or our ability to stay open and serve our customers,” Goodwin said.

Goodwin said he plans to open again on Monday.

There were no noted protests downtown Saturday but Columbus Mayor Andrew Ginther and Columbus Police Chief Tom Quinlan have advised people to avoid the planned protests this weekend and up through Inauguration Day.