"The idea that these coaches forced a young man to eat pork against his religion...that's been proven to be absolutely outrageous." 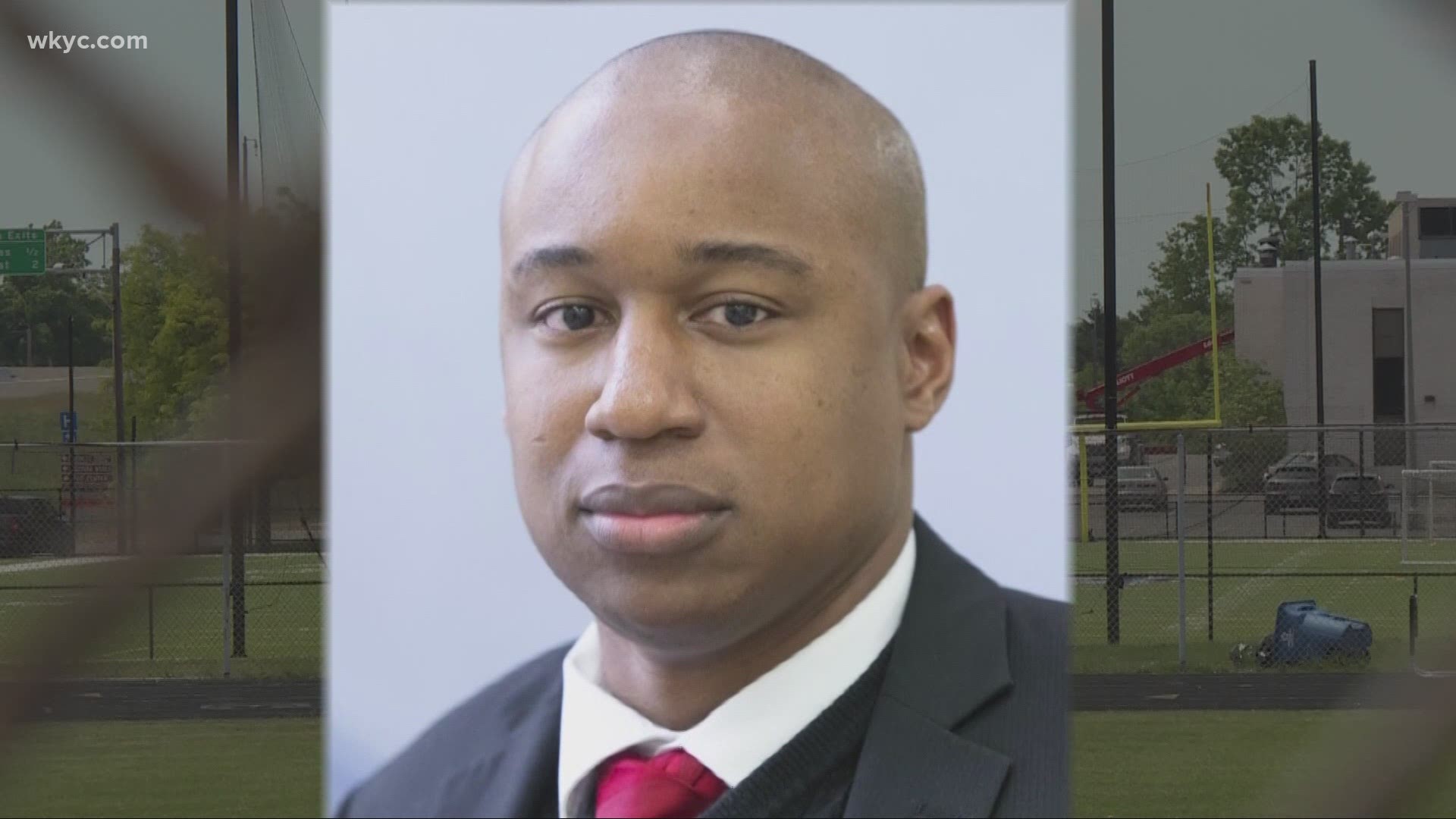 CANTON, Ohio — Less than a week after he was fired as Canton McKinley's head football coach over allegations he made a player eat food against his religion, Marcus Wattley was in front of the cameras Tuesday at a press conference.

Wattley was joined by former assistant coach Tyler Thatcher and their attorney Peter Pattakos to push back on the charges that led to last week's dismissal.

Wattley and six assistant coaches were originally on administrative leave following an accusation that they forced a student to eat pepperoni pizza after he showed up late to a non-mandatory practice on May 24. According to the district, the coaches knew the teen was a member of the Hebrew Israelite faith, and that consuming pork was in violation of his religion's practices.

"The idea that these coaches forced a young man to eat pork against his religion...that's been proven to be absolutely outrageous. Just completely false, completely reckless, completely untrue," exclaimed Pattakos, adding that the player was offered chicken fingers.

A district investigation found the charges against the coaches to be true, and Superintendent Jeff Talbert called their actions "inappropriate, demeaning, and divisive." He later called the special board meeting that resulted in the group of coaches losing their jobs.

On Monday, the Canton City School District's Board of Education held a disciplinary hearing, which was part of Wattley's due process outlined in the teacher portion of his contract.

While Wattley tearfully denied the allegations laid out in the hearing, his lawyer struck back at them.

"We were hoping to learn what the district's evidence is for the wild, false, reckless, false allegations against Marcus Whattley and his coaching staff," said Pattakos. "We insisted on our due process rights. What is your evidence?"

Surveillance video was shown of the incident during Monday's hearing. But without sound, Pattakos says it proves nothing.

"We know what happens on that surveillance video," he said. "There’s no audio of that video. If there were, we wouldn’t even be here today. They would’ve heard Whattley say 'You’re free to leave at any time.'”

Talbert said it was the surveillance video that gave him the information he needed to make his recommendation to fire the coaches. "What is on that video shows that what happened on May 24 is an ill-mannered attempt to instill accountability and discipline in our students," Talbert said during last Thursday's board meeting.

Wattley is a 39-year-old husband and father of four. He has been with Canton-McKinley for 3 years and is still considered an academic liason with the school.

"It’s been really hard. I’ve coached so long, it’s become a routine with my family," Wattley told reporters. "My kids, they like coming to practice and seeing the coaches and the players."

Pattakos believes the school board overreacted, but there's still time to bring Wattley back to the McKinley sidelines.

"The community had that. Still has it, if it wants it. I can not imagine why it wouldn’t. Bring Marcus Whattley back as head coach," he said.

Future hearings on the matter will depend on the district's finding from Monday's hearing.

3News' Tyler Carey and Rachel Polansky contributed to this report.