The project is finally underway. 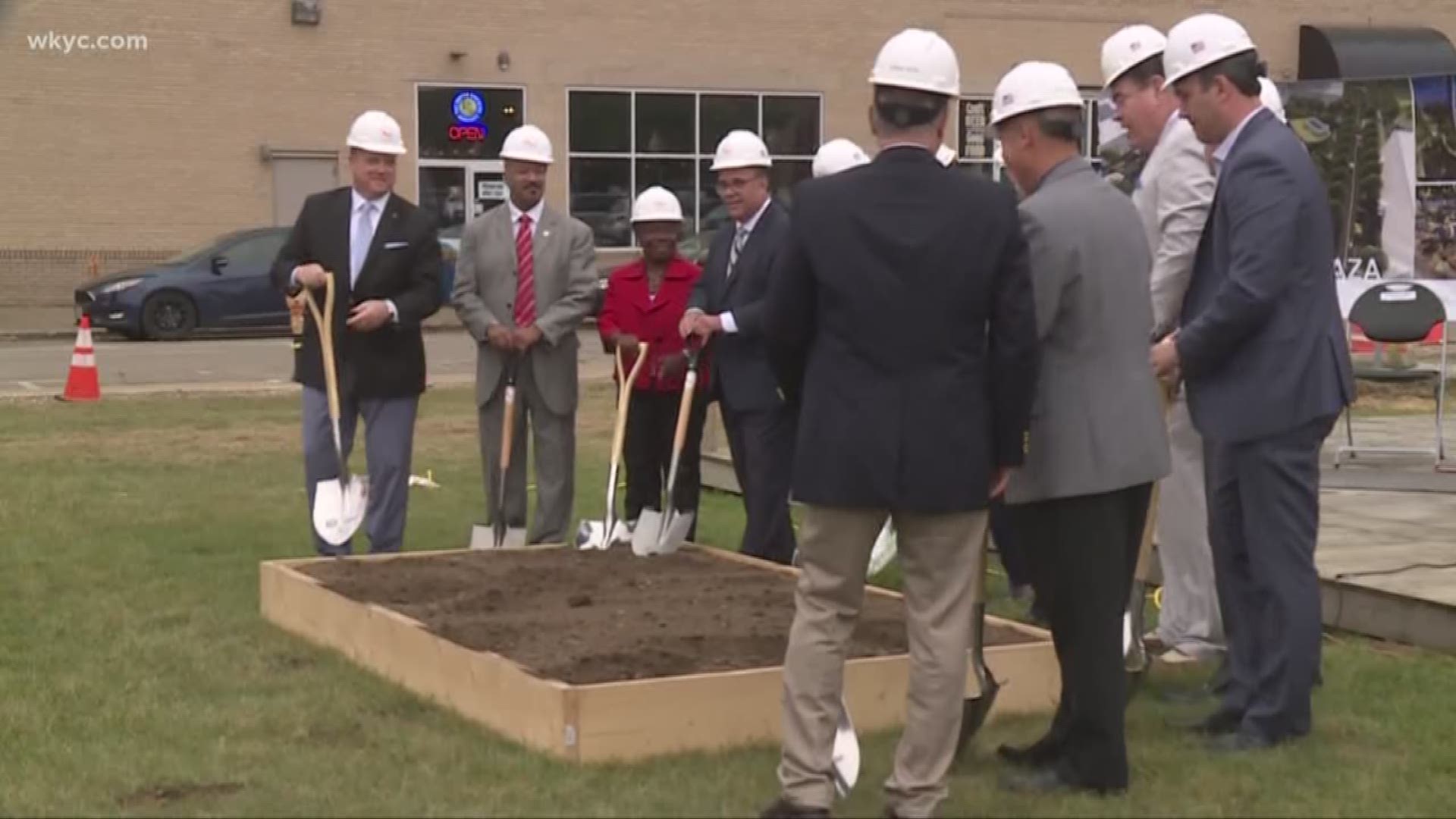 CANTON, Ohio — The city of Canton on Tuesday broke ground on its Centennial Plaza project.

Among those in attendance were Mayor Thomas Bernabei, State Sen. Kirk Schuring, and key stakeholders.

Centennial Plaza will serve as Canton's center downtown. City leaders say they aim for the project to be completed before the NFL's centennial celebration in September 2020.

A groundbreaking reception followed the ceremony at Canton Brewery Company.

RELATED: Pro Football Hall of Fame Village announces 'agreement in principal' on merger that could bring more cash to project