The fire claimed the lives of two dogs, one cat was rescued. 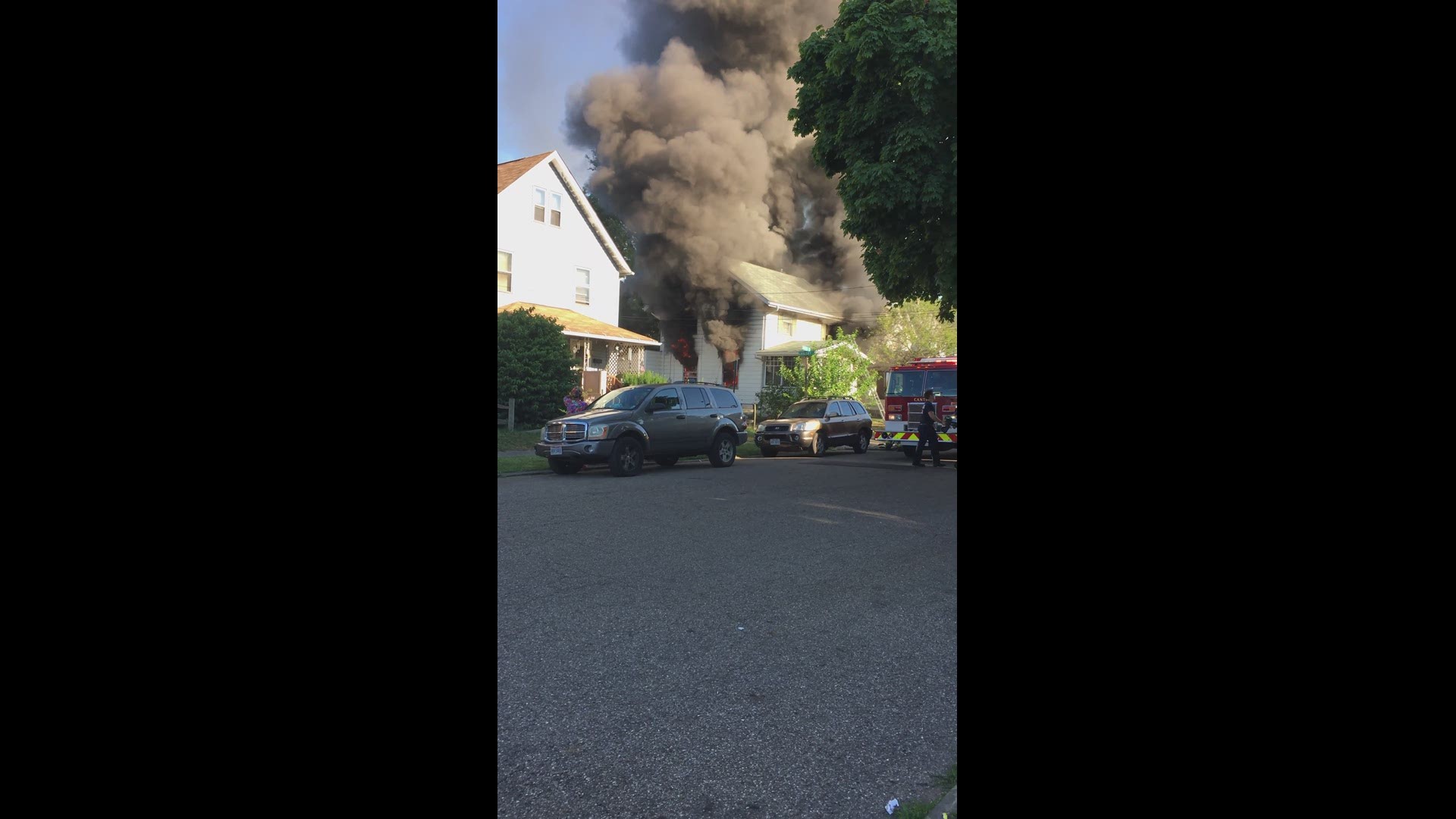 CANTON, Ohio — The Canton Fire Department is investigating a blaze that broke out in the 900 block of Smith Avenue, Tuesday morning.

Officials responded to the home just after 8 a.m. and found the first floor of the home fully engulfed with flames. Six adult residents were inside of the home sleeping, fire officials report.

Four of the residents on the second floor were rescued by a witness with a ladder on his car. The other two residents were in the basement of the home.

Two firefighters and one civilians were transported to the hospital for treatment. It is unknown at this time if there were any injuries to the residents.

The fire claimed the lives of two dogs, one cat was rescued.

The fire remains under investigation.Stay with 3News for updates as they become available.