Yard parking generates a timely windfall for several residents near the Hall of Fame in Canton. 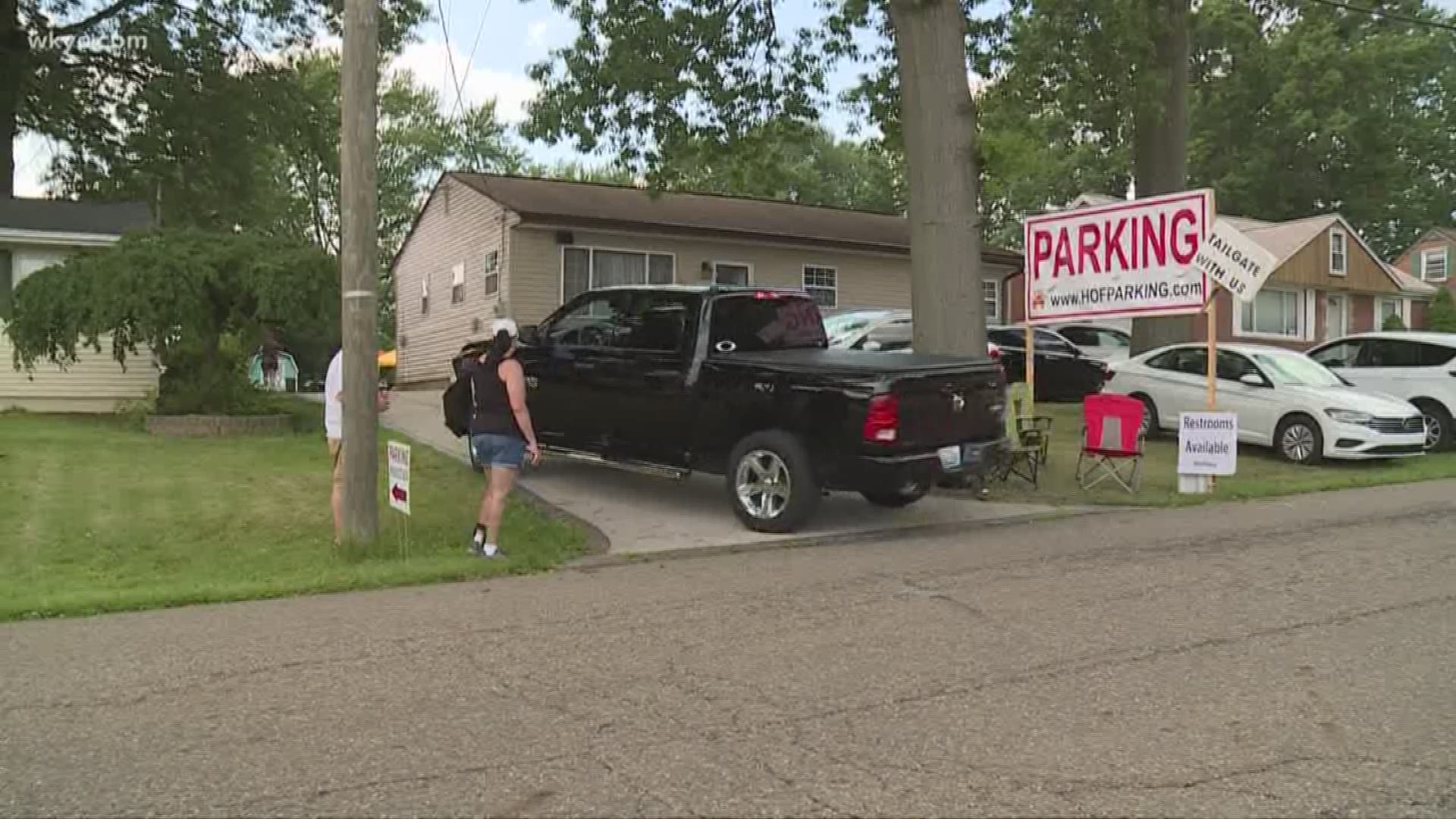 CANTON, Ohio — Hall of Fame week generates millions of dollars for Stark County. Much of that cash goes to hotels and restaurants, but some who live in the middle of the action take advantage and generate some fast cash for themselves.

At Viola and Helen, yard parking generates a timely windfall. Resident Breanna Dickenhoff's son is heading to kindergarten this year, so cash earned will go to school shopping and to catch up on bills.

RELATED: Pro Football Hall of Fame Village announces 'agreement in principal' on merger that could bring more cash to project

Over on Clarendon Avenue, many yards are roped off. There's no parking and no tailgating, but that's no problem.

Che Shreve has taken yard parking to a whole new level. Parkers can tailgate in the back yard. He's built a website. There's outside music.

"When I had the driveway put in, I actually put a bathroom in the garage for people," he explains.

Shreve even had some fans grandfathered in to the house sale.

"There were stipulations that I had to be able to make arragements for certain people and two ladies from Pennsylvania were at the top of the list," he adds.

Che's wife Sarah welcomes the ladies every summer. They even have their own car port.

It's a lot of work, but the Shreve's love it.

The twenty bucks per car is great, but this is about more than that.

They don't call it the house of fun for nothing.