Within 30 minutes of seeing a listing for an old Canton elementary school for sale, Kynsey Wilson visited the school she eventually purchased. 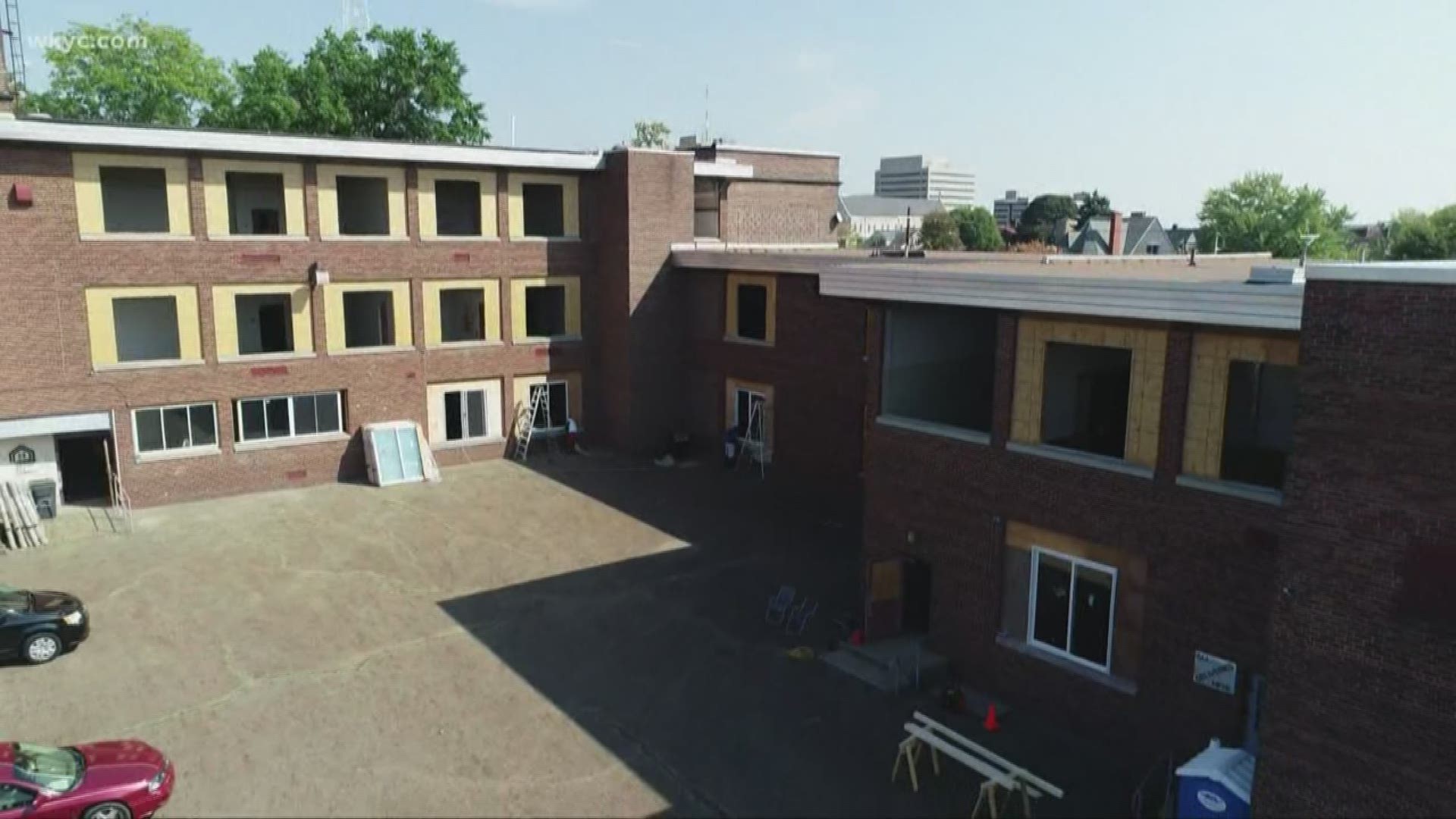 CANTON, Ohio — We’ve all heard the term fixer-upper when it comes to buying a house. But I think this takes it to another level.

Within 30 minutes of seeing a listing for an old Canton elementary school for sale, Kynsey Wilson was at the site ready to take a look around. Wells School on McKinley Avenue SW had been vacant since 2007 when Canton City Schools moved out. The building was in disrepair and needed work – a lot of work.

But that didn’t keep her from purchasing the old building for $35,000. And now, she plans to turn this 45,000-square-foot building into a home for her family, among other things.

“You know growing up, we were always the house that everybody came to,” Wilson said with a glowing smile. “I knew I wanted square footage so I could be able to provide that for my family.”

But how do you transform a school into a home? First, it takes a vision. Wilson obviously has that, as she explained her grand ideas for each room during a tour.

RELATED: You can stay in 'Downton Abbey' castle for one night only

“The first floor, I tend on creating more of a public space, co-work environment, some conference rooms, my home office,” Wilson said.

The second floor will feature the main residential family living space and kitchen, while other portions of the building will house as many as 15 guest rooms for visiting family and friends. Wilson says she has a big family.

But Wilson wants the renovation to be beneficial not just for her family, but for the community, too. Her plans include hosting events that are semi-public on the first floor, including a friend’s upcoming wedding. She also has been fielding calls from community organizations who want to get involved.

Wilson is looking for ideas saying, “If somebody has a really great idea and is motivated and wants to come partner up with me, I’m open to it. I’ve got a lot of square footage.”

The project has also provided jobs for people in the community looking for work.

“We’ve actually hired residents from the neighborhood. So, people will come up looking for some work and we try to find them something to do,” she said proudly.

So far, workers have removed 20-40 dumpsters worth of waste, removed walls that weren’t loadbearing and replaced nearly 2,000 window panes.

The Wells School project will take as long as a decade to complete since Wilson is working with family and friends to do a lot of the work. Doing things herself also cuts back on cost, but she’s still spending a lot.

“We’re spending about $10,000 a month. So, we will continue doing that. We do have some properties we’re going to sell to help get some of those bigger ticket items," she said.

In total, she projects a million-dollar price tag but says it could easily cost $3 million.

RELATED: Apartments for rent in Cleveland: What will $800 get you?