There will be 43 different hot air balloons -- including several with unique shapes. 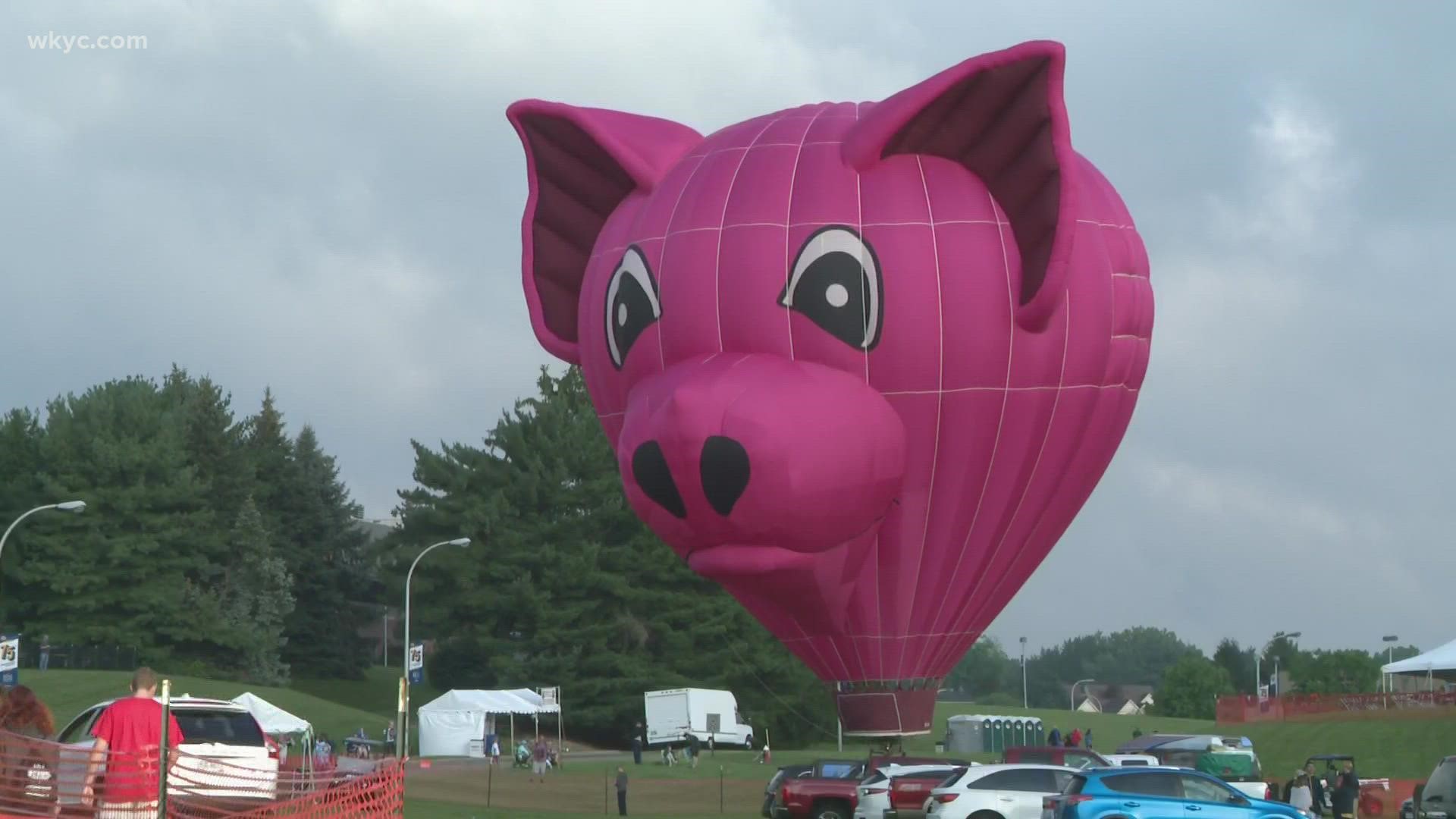 The Enshrinement Festival Balloon Classic, which traditionally attracts tens of thousands of people, will feature 43 hot air balloons -- including several with very special shapes like the pig, rocket and touchdown.

Here’s when you can expect the hot air balloons to take flight (weather permitting) at Kent State University’s Stark campus:

We streamed Friday morning's launch live, which you can watch in the player below:

"The Enshrinement Festival's Balloon Classic is highly regarded in the ballooning world as a premier event," said Maury Sullivan, long-time event director. "The quality of our event is evident by the dozens of pilots who return to fly Stark County's skies year after year."

The pilots come from 10 different states -- including 28 people from right here in Ohio.

There’s also a “Night Glow” event on Friday at 9:30 p.m. where the balloons’ flames illuminate the launch area. Fireworks will be featured Saturday night, too.

Admission for the hot air balloon event is free.

Other big events for the Pro Football Hall of Fame enshrinement festivities: