Today marks a new beginning for the Tom Benson Hall of Fame Stadium and a new era for the entire HOF campus. 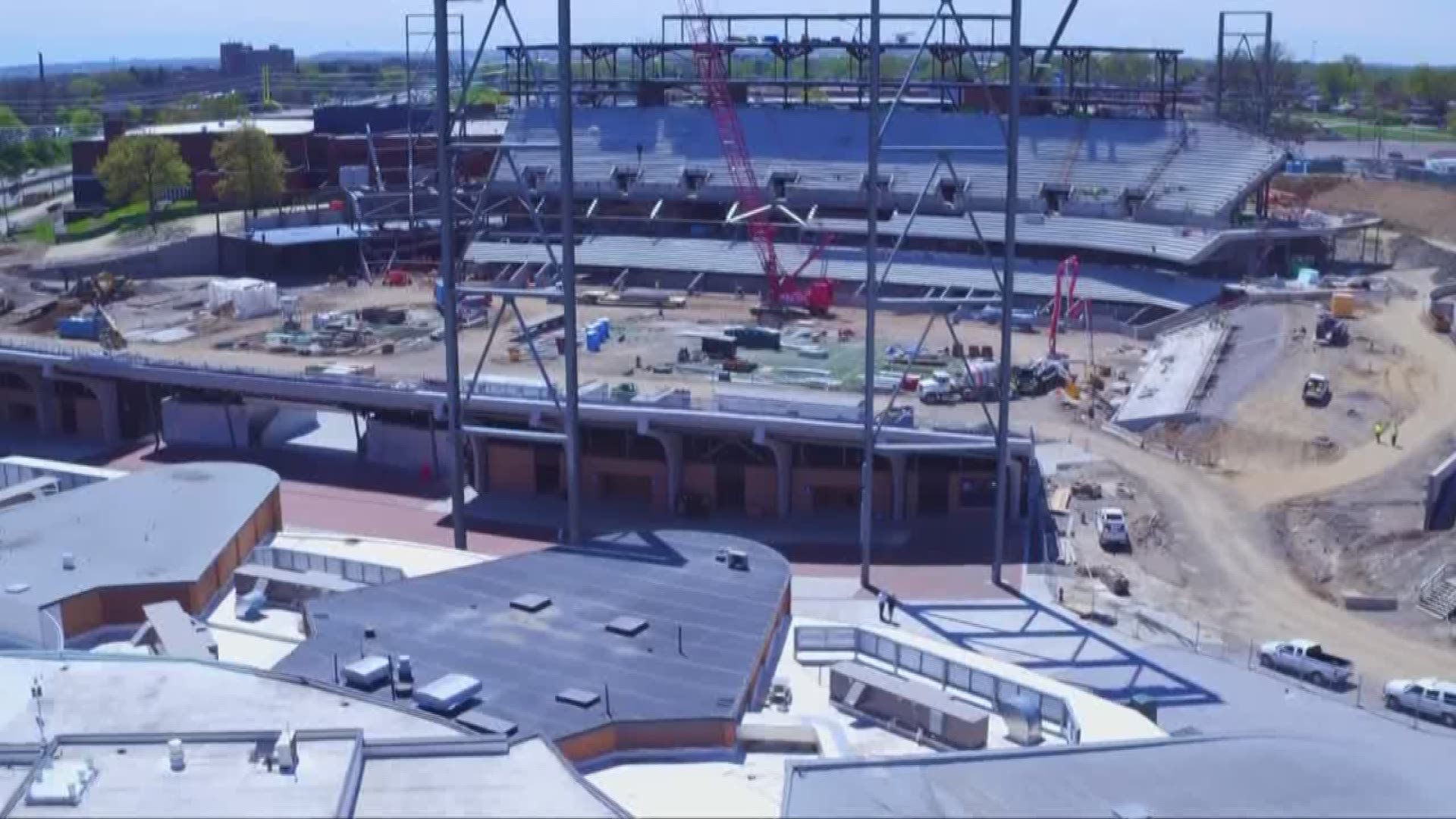 The Pro Football Hall of Fame has come a long way over the past year.

Today marks a new beginning for the Tom Benson Hall of Fame Stadium and a new era for the entire HOF campus as a $700 million transformation is underway to transform the area into what officials have called the “Disney of Ohio.”

The focus today is on the newly renovated, 23,000 seat stadium that will not only be home to football, but to concerts and other athletic events. A retail village and hotel is on its way, along with a coaches university.

The excitement doesn’t stop at Enshrinement Week. High school football players from across the state will return for playoffs at the end of November.

The Ohio High School Athletic Association announced its championship games will be played in Canton, after a three-year stint in Columbus. The playoffs were held in Stark County for about 24 years – but left in 2014.