Canton City Schools' administrative team received a report of an incident that took place during its strength and conditioning practice on Monday. 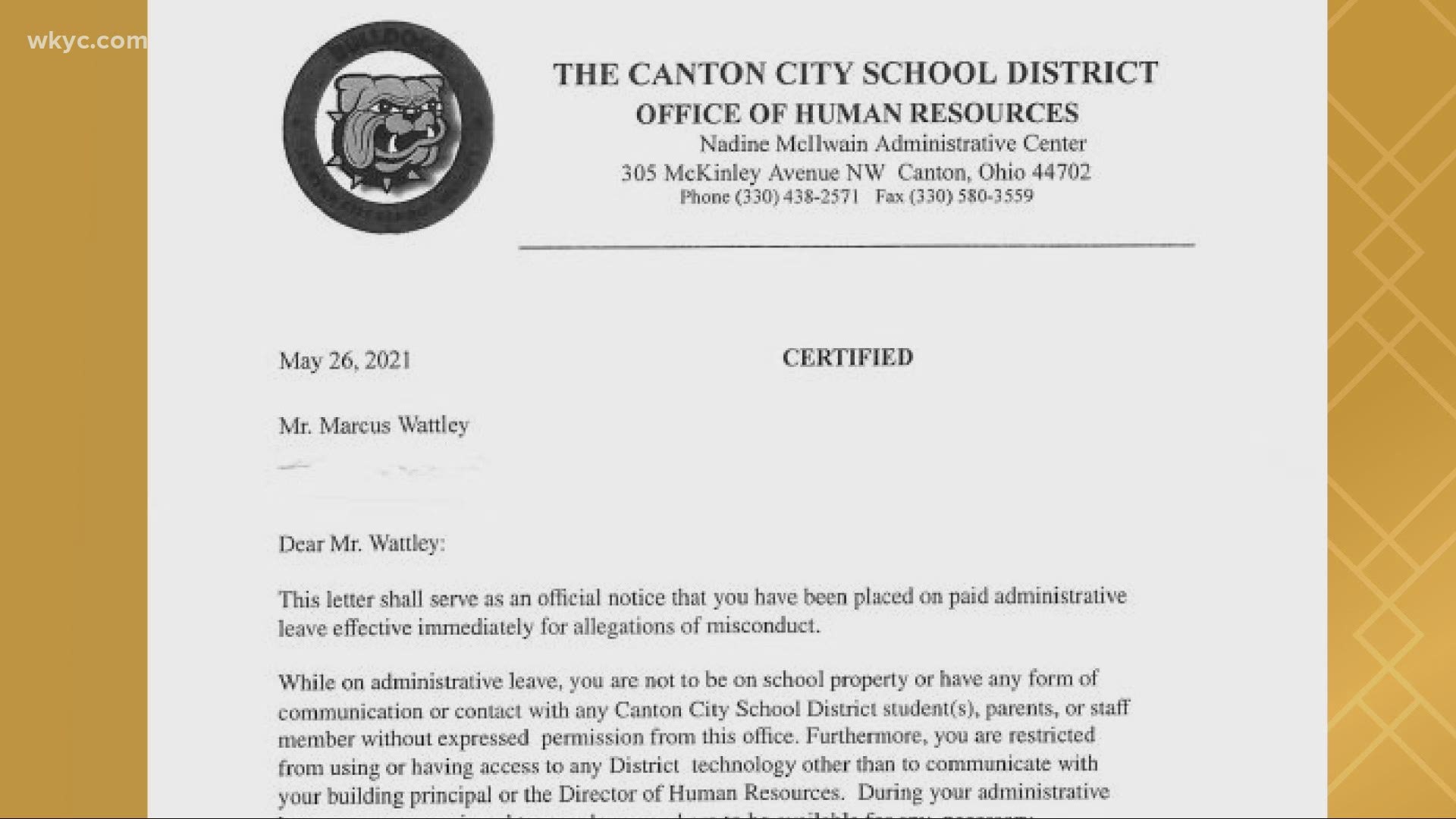 In an email to 3News, Canton City Schools says its administrative team received a report of an incident that took place on Monday, May 24, during McKinley football’s strength and conditioning practice.

"This report is under investigation, in accordance with our district policies," Canton City Schools told 3News.

In a letter shared with 3News Investigator Rachel Polansky, Canton City Schools informed Wattley of his placement on administrative leave on Wednesday.

"While on administrative leave, you are not to be on school property or to have any form of communication or contact with any Canton City School District student(s), parents, or staff member without expressed permission from this office," Canton City Schools Human Resource Director Deidre K. Stokes Davis wrote to Wattley.

The story was first reported by The Repository on Wednesday as Canton City Schools Superintendent Jeffrey Talbert announced that the district had begun investigating a complaint made against the coaches, including McKinley Head Coach Marcus Wattley.

"It was a situation that deserves to be investigated so we're going to investigate it," Talbert told The Repository. "What I can tell you is that all of our athletes are safe, we are continuing on with our strengthening and conditioning program and we will investigate this according to our district policies."