Timeline: A look at Chief Brian Manley's career with the Austin Police Department

Chief Manley began his 30-year career with the department in 1991. 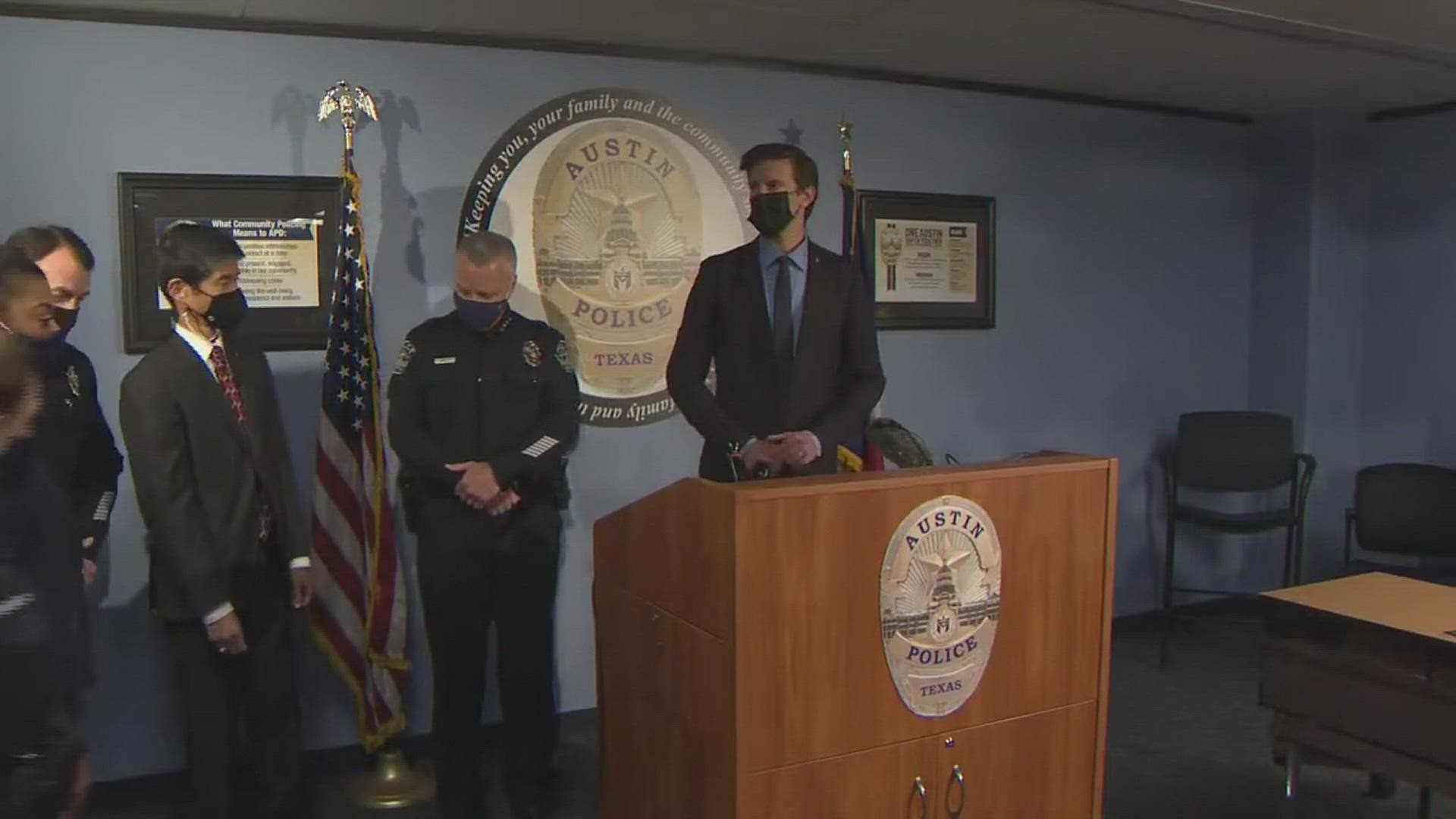 In a memo sent to the city manager on Feb. 1, Chief Manley wrote, "Today marks 30 years to the day my father pinned my Austin police Department badge on me for the first time. The sense of pride he had, along with that of my mother and brothers, can only be matched by my sense of gratitude for having been able to serve our community these past three decades. As most things in life come to an end at some point, my career with APD will do so as well with my retirement on March 28, 2021."

Here is a timeline of his career.

"That's the day my dad pinned that badge on my chest," Manley said in his retirement speech.

Like any sworn officer, he spent his first few years on patrol. He served in multiple roles throughout his career, including overseeing Internal Affairs, Special Operations, and Recruiting and Training.

Congratulations to @Chief_Manley on your upcoming retirement. We appreciate the 30 years of service to the community and and your friendship and leadership to the people at the @Austin_Police. pic.twitter.com/a5qBeYeoKp

2001: Manley was promoted to lieutenant in the Traffic Enforcement Division after serving as detective and sergeant in the Child Abuse Unit.

2005: Manley was promoted to commander.

2012: Manley was promoted to assistant chief and served as the executive liaison to the City Manager’s Office and city council.

March 2018: APD responded to the first package in the Austin Bombings, a crisis that the interim chief was ultimately recognized for in leading his team to stopping the bomber and restoring safety in the community.

June 2018: City council officially appoints him as chief of police.

May 2019: Manley is named one of Fortune magazine's 50 World's Greatest Leaders.

May/June 2020: Protests begin after the deaths of George Floyd and Mike Ramos. Manley is criticized by many groups for his department's tactical response to the protests, including the use of tear gas and less-lethal rounds. Some groups and people throughout the community push for his resignation.

What's next? Manley said he plans on staying in Austin. He is not sure if he will continue in the public sector or move to the private sector.

Meanwhile, City Manager Spencer Cronk announced he will open the search for the next police chief.

Coldest weather in over 30 years possible for Central Texas