Don't do this: Illegally-parked car gets swamped

In comes the tide and out goes thousands of dollars toward repair costs. 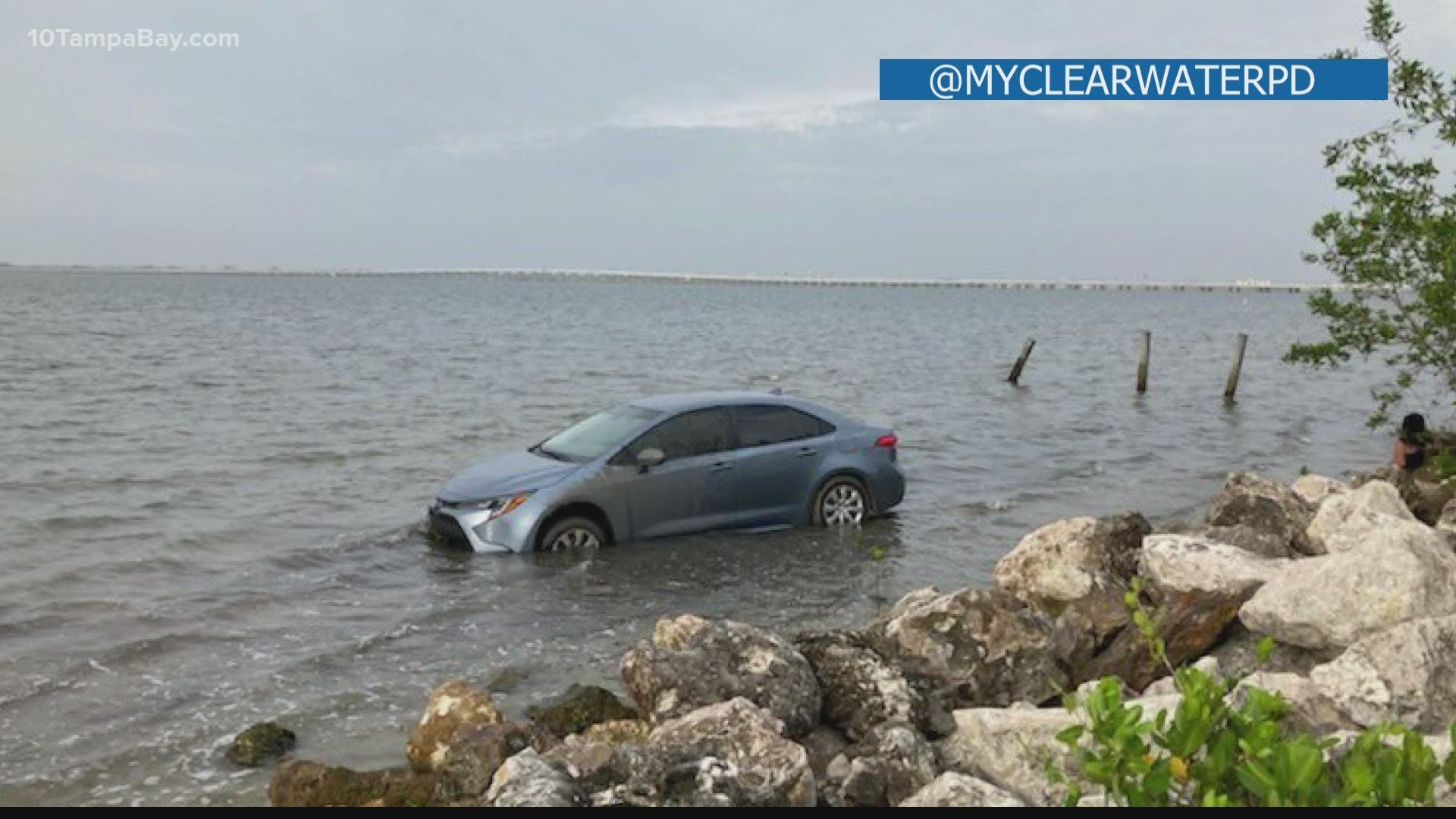 The Clearwater Police Department tweeted a few photos of what happened to some car owner who appeared to have parked on the beach Saturday near the Courtney Campbell Causeway -- in an area designated for habitat restoration, no less.

The tide came in at some point and, well, that's going to be an expensive fix.

"The sign and barriers are there for a reason," police said.

Be very careful of where you park when you go for a walk at sunrise and the tide comes rolling in along the Courtney Campbell Causeway. The sign and barriers are there for a reason. pic.twitter.com/snsUKQlc3Y