Bell-Hardaway resigned in June after Hassan Aden, leader of the Cleveland Police Monitoring Team, allegedly threatened to remove her from her position. 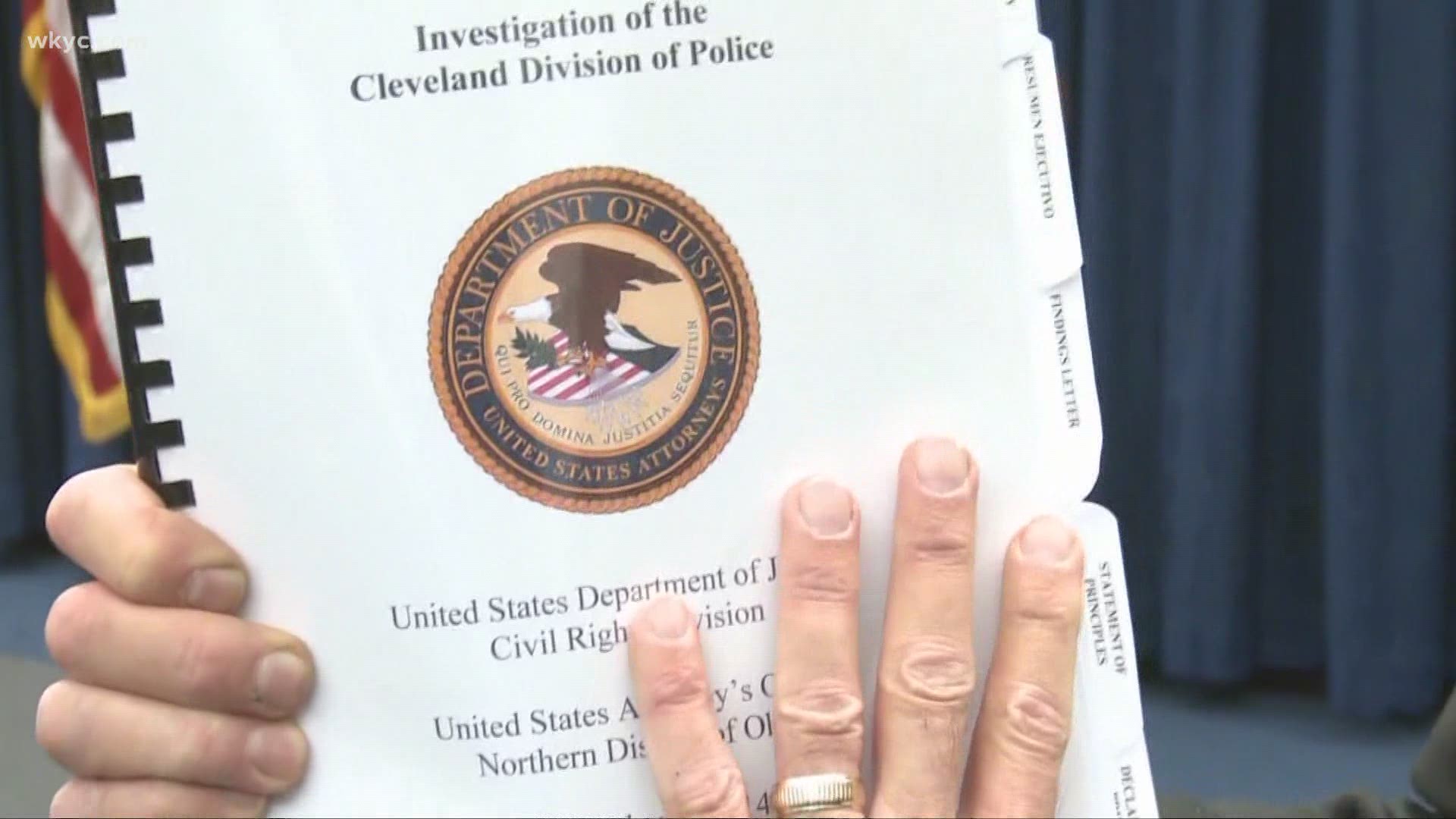 CLEVELAND — Editor's note: The video in the player above is from a story published on June 10, 2021.

Less than one month after Ayesha Bell-Hardaway, director of the Social Justice Law Center at Case Western Reserve University (CWRU), said she was forced to resign from her position on the Cleveland Police Monitoring Team, the organization's leader, Hassan Aden, says he has spoken with Bell-Hardaway about the prospect of her rejoining the team.

In a statement obtained by 3News, Aden says he 'heard the community’s real and heartfelt concerns regarding Professor Hardaway’s change in assignment,' leading the Monitor to ask the CWRU professor to take up her former role once more.

In a resignation letter sent by Bell-Hardaway to Aden in June, the professor says that Aden threatened to remove her in her role as a deputy monitor after an interview given with Cleveland's NPR affiliate following the verdict made in the Derrick Chauvin murder trial, which Aden allegedly said put her objectivity into question.

Bell-Hardaway claimed in her resignation letter that her responses in the NPR interview in question reflect "capsulized information about American policing that is well-supported in existing literature," rather than bias.

Now, the Cleveland Police Monitoring Team leader says he has rescinded his approval of the CWRU professor's resignation.

Aden asked 3News' Hope Sloop to share the statement in full, which can be found below:

Over the last few months, I was faced with a very difficult personnel decision regarding Professor Ayesha Hardaway. I concluded that a change in her duties was the appropriate way to resolve the issue. Since that decision, I have heard the community’s real and heartfelt concerns regarding Professor Hardaway’s change in assignment and her subsequent resignation. I want to acknowledge and emphasize that being an independent monitor carries the responsibility to listen to all of the stakeholders, particularly in matters that impact the validity and the community engagement of the reform process that we are in. I want to let the Cleveland community know that I have heard you loud and clear and have decided to rescind my decision to accept Ayesha Hardaway’s resignation and have asked her to continue her role as deputy monitor overseeing the areas that she previously led. This decision comes after my careful consideration and openness to community input. The credible voices of the Norman S. Minor Bar Association, Black Lives Matter and the Cleveland chapter of the NAACP connected with one of my core beliefs-we cannot accomplish what we are all working toward, a reformed, effective, just and Constitutional Cleveland Division of Police, without the community. Often, in many cities, the community voice is not heard or considered, this is not the case here, I heard you and acted upon that message. Professor Hardaway and I recently met and discussed our mutual concerns and ways to move forward, this conversation led to me asking her to return to the monitoring team in her original role.

"I recognize that it is a tall order for some to accept the reality that violence exists in American policing and that systemic change is needed in order to address the longstanding and disproportionate impact that excessive use of force by police has had on Black people," Bell-Hardaway wrote in her resignation from the Cleveland Police Monitoring Team in June. "However, the work of police reform is rooted in some of these hard truths."

The Cleveland Police Monitoring team was formed in 2015 after a Consent Decree was agreed upon by the U.S. Department of Justice (DOJ) and the Cleveland Division of Police following a 2014 investigation that found Cleveland police officials had violated the U.S. Constitution and federal law while engaging in certain police practices.

You can read Bell-Hardaway's resignation letter sent to Aden below:

3News reached out to Ayesha Bell-Hardaway for comment regarding Aden's statement, but did not receive a response a the time of publication.