An Uber driver says the SUV passed him and ended up on the sidewalk. 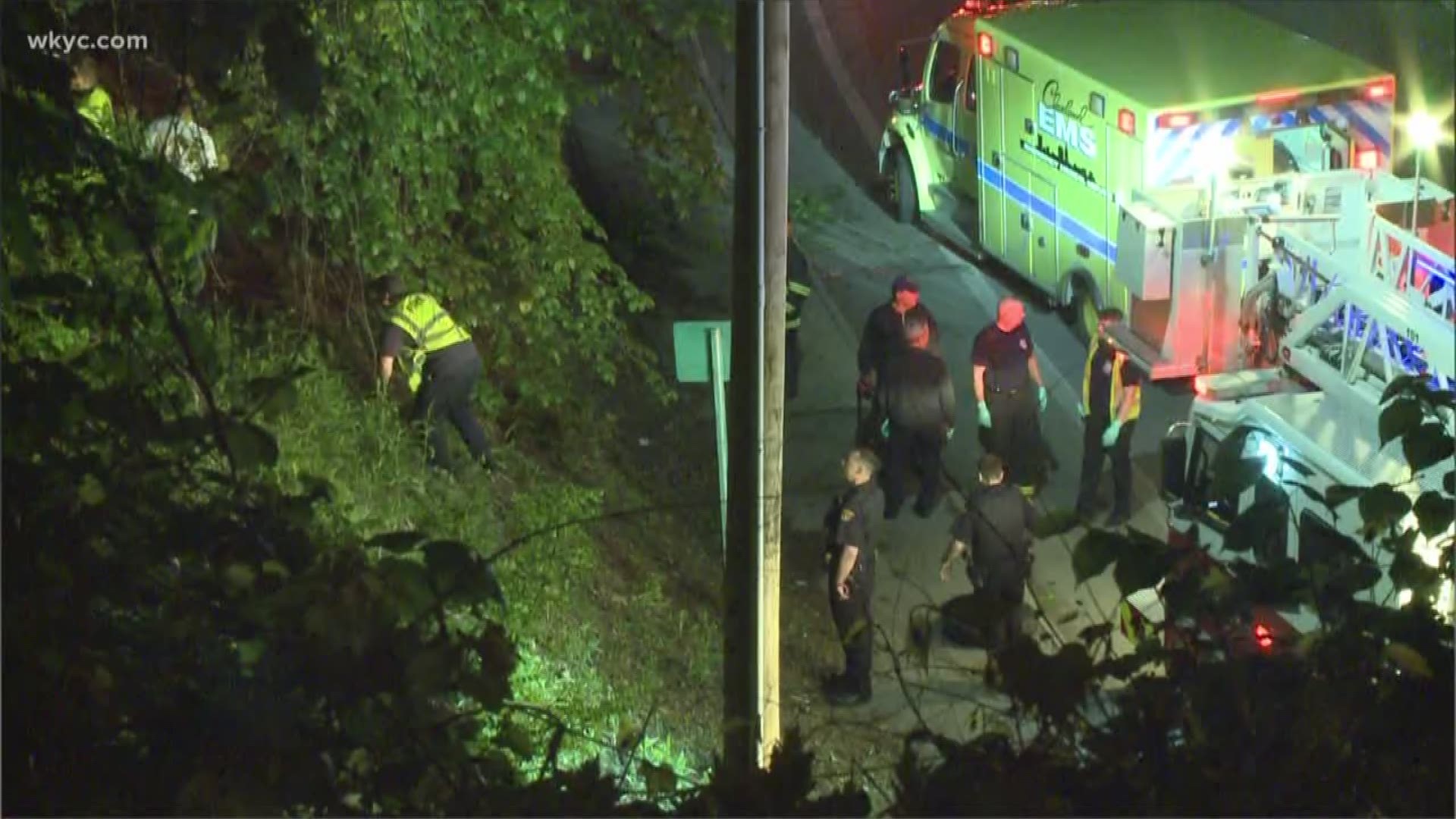 CLEVELAND — One person has died and two others have been injured following an early morning crash in which a pedestrian was struck in Cleveland.

It happened shortly after midnight Friday when an Nissan Murano without its headlights and traveling "well in excess of the speed limit" hit a 24-year-old woman on the sidewalk along St. Clair. The Murano then went down an embankment near MLK Drive, ejecting both occupants and striking the front fender of a Dodge Journey.

Of the people in the Murano, one 21-year-old man has died while another 20-year-old man remains at University Hospitals Cleveland Medical Center with a "severely" broken leg. It is unknown at this time which one was driving.

The pedestrian who was struck also suffered a broken leg, but has since been released from UH. The driver of the Journey was not injured.

No identities have been confirmed at this time. Authorities are continuing to investigate the situation.