The Cleveland Museum of Narutal History is celebrating the life of Balto. 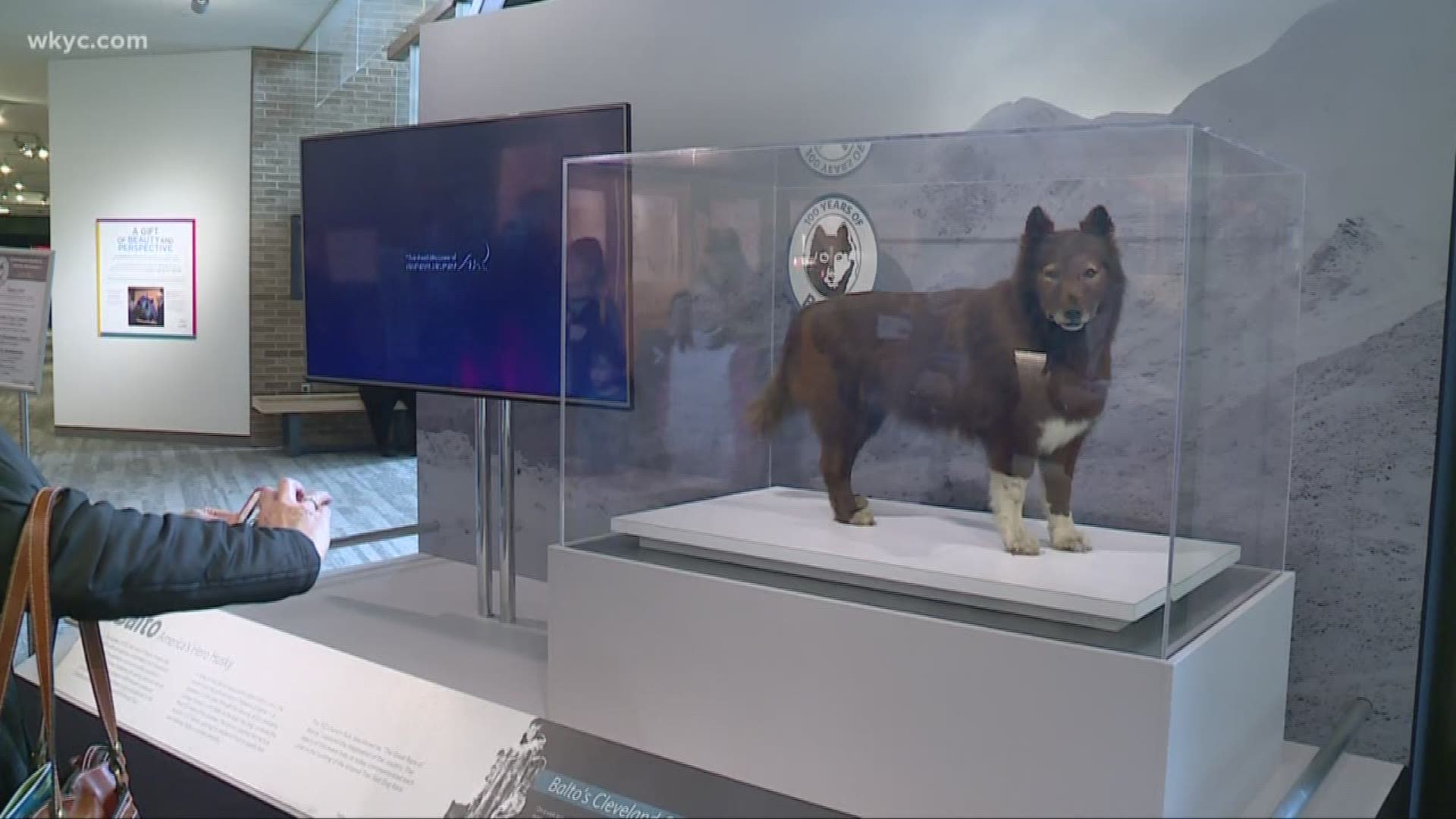 CLEVELAND — It had the makings of a twisted fairy tale, complete with an icebound village, and kids about to die from diphtheria.

“At the exact same time as this outbreak was occurring, there was also a huge blizzard,” said Lee Gambol, Cleveland Museum of Natural History.

The year was 1925 and the village was Nome, Alaska, where the only doctor ran out of serum. The nearest dose was nearly 700 miles away.

“All he could do was send out a desperate plea via telegraph and hope somebody could find the medicine in time,” Gambol said.

That person would then have to bring it by dogsled in temperatures down to minus 50 degrees.

“You couldn’t fly. Planes at that time were unable to fly in that kind of ridiculously cold weather. And there were no roads. To this day, there aren’t any main roads that were built to Nome, Alaska,” Gambol said.

Twenty men, experienced as mushers, volunteered and formed a relay.

It ended with Balto delivering the medicine to the hospital in Nome five-and-a-half days later.

“He became the ‘spokes-dog’ for the entire rescue effort,” Gambol said.

The trek made headlines around the world.

Today there is a statue in Central Park and even a cartoon movie. Ultimately, Balto made it to Cleveland, where he lived to be 14.

His body was then preserved and kept at the Cleveland History Museum. This weekend, they will be celebrating Balto's 100th birthday and you can celebrate too.

On Saturday, there will be dogs for adoption, service dogs you can learn about, a junior Iditarod, and a raffle.

They are also raising money to improve the Balto exhibit, and whatever is given on Saturday will be doubled.