"I decided to rework the schedule and let them naturally run their course and let the eggs hatch." 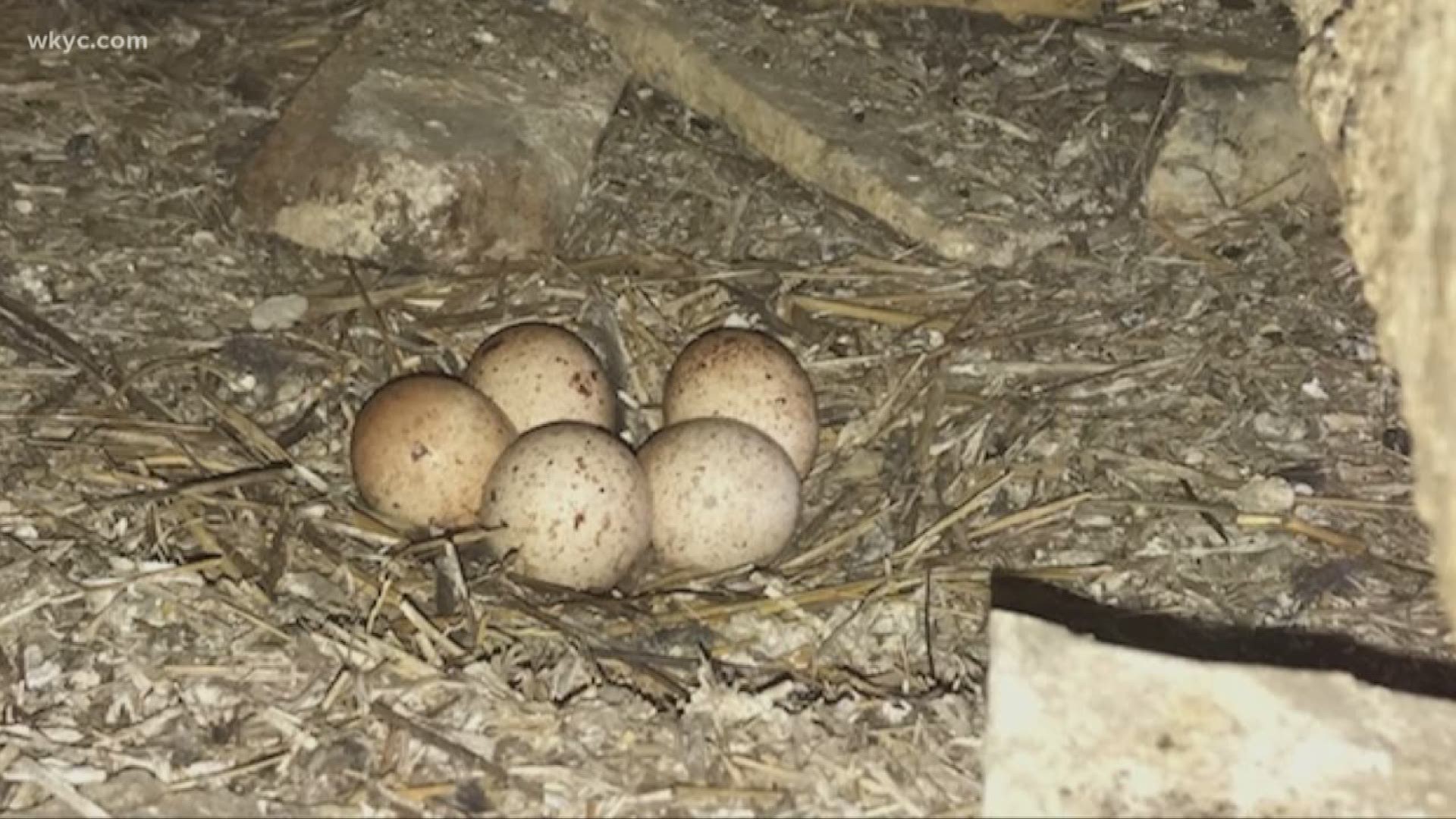 CLEVELAND, Ohio — At the corner of West 25th and Detroit in Cleveland's Ohio City neighborhood, an interesting situation is playing out.

The Snavely Group, a Chagrin Falls construction company is rehabbing two historic Cleveland buildings on the near-west side. The Seymour and Forest City Bank buildings are being turned into business and residential properties, but about a week ago, those working on the building noticed they weren't alone.

"It was brought to my attention that there were some falcons dive bombing the restoration guys working on the north face of the building", says project manager Walt Gachuck. He called the Ohio Division of Wildlife to ask what to do. "We went up on a lift and inspected the nest and didn't find anything", Gachuk said. "We were told to cover it up and that the parents would go roost somewhere else."

But that didn't happen.

According to Gachuck, a second inspection with a wildlife expert showed five perfect eggs in the nest. The eggs later hatched on Saturday, unveiling five babies.

So what's a nature-loving construction manager to do? Gachuck had the answer. "I decided to rework the schedule and let them naturally run their course and let the eggs hatch."

It means a nearly two month delay on a specific spot in the $11 million dollar development. Ground floor tenant Ohio City Galley's general manager Jordan Slosar says this is a new one for her. "Things pop up, especially when working with historic buildings. This is the first time I've been a part of one that there's something living in there you actually want to keep," she says.

Gachuk says his crew is happy to work around the kestrels. The brightly colored birds are the smallest species of falcon that lives in the United States. They feed on small rodents, birds, and insects and are fairly common in rural areas. They nest in hollow trees and under eaves in houses, and of course in buildings.

The team is also installing a web cam to view the progress of the chicks, once they hatch. You can view the nest online (we will post a link as soon as it's available) or stop by the bar at Ohio City Galley to check them out.

The development should be complete by October of this year.