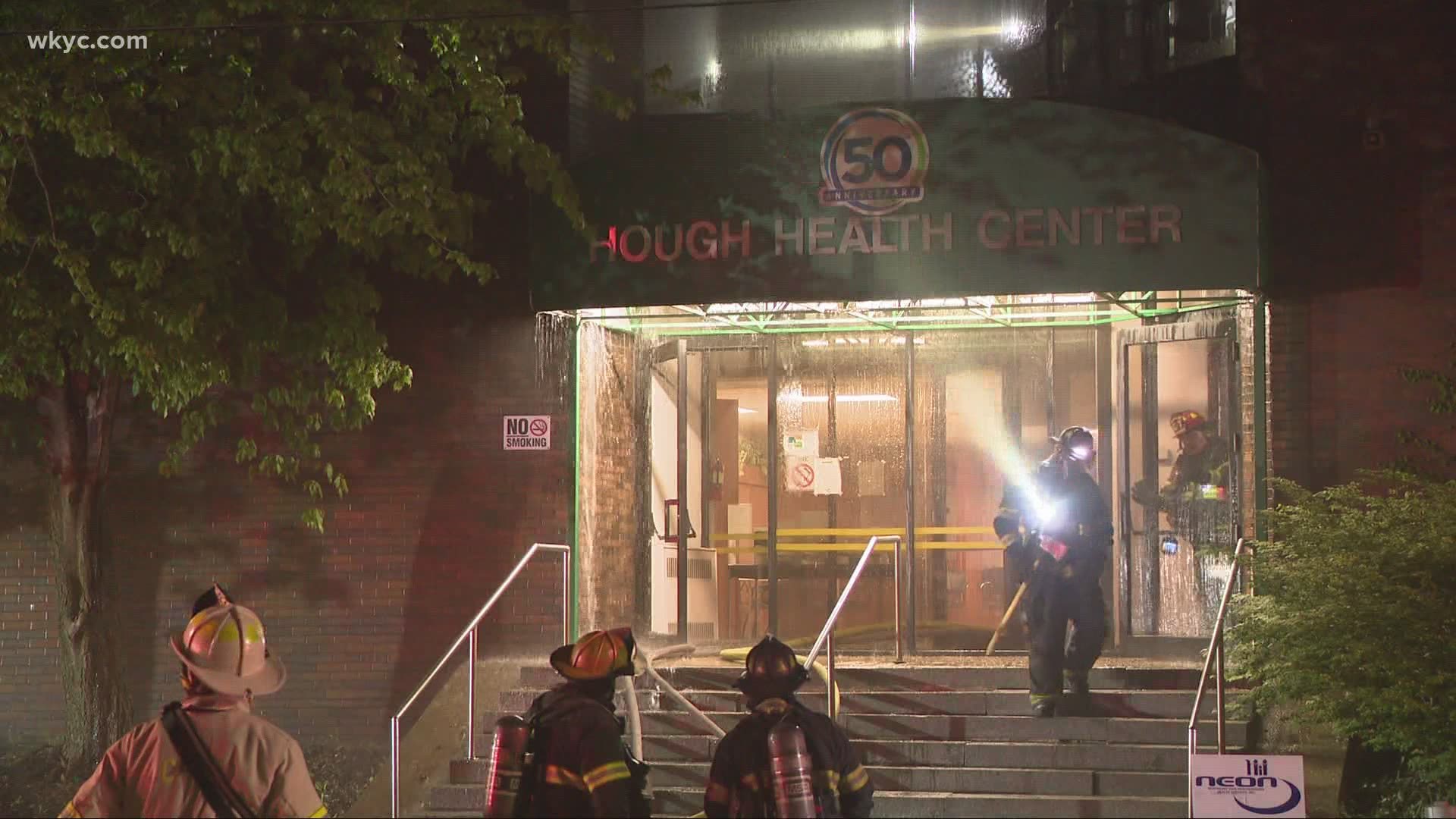 CLEVELAND — There were two major fires in less than 24 hours in Cleveland: A blaze Wednesday night badly damaged a popular health clinic, while another Thursday affected two homes.

Over on the east side, the three-alarm fire at Northeast Ohio Neighborhood Health Services' (NEON Health) Hough Health Center has left the building unusable.

"A lot of people depend on that clinic," Hough resident Curtis Wilson told 3News. "The parking lot was full on a daily basis."

With more than 240 employees, NEON has provided vital services to Hough residents since it opened in 1974 -- such adult medicine, pediatrics, optometry, dentistry, behavioral health, and even COVID-19 vaccines -- regardless of ability to pay.

The apparently electrical fire, which began around 9:30 p.m., ravaged the second floor and roof by burning through a drop ceiling inside and traveling the HVAC system. The building had no sprinkler system, and Cleveland firefighters ripped through layers of the clinic to extinguish the fire and get inside the facility.

Thankfully, no employees were inside at the time, and the clinic says all COVID vaccines were saved.

"Once we get more information and, of course, the final report, we will be in a better position to determine how long [we'll be out]," Butler explained. "Because we have such a large network, we are able to direct patients to other locations nearby. We are reaching out to our patient population, specifically those who had appointments scheduled."

Nearly 24 hours later on the west side, another fire started just after 7 p.m. Thursday on Sackett Avenue and West 34th Street. The Cleveland Division of Fire said it started at one house, then spread next door.

According to the Fire Chief Angelo Calvillo, 45 firefighters were called to the scene but reported no injuries.

"We can't confirm that nobody was inside; basically right now we are saying that it's vacant but it's still being under investigation," Calvillo said. "Currently right now, we've got out investigators on scene to make the determine the cause and origin."