Police are still looking for the other two suspects. 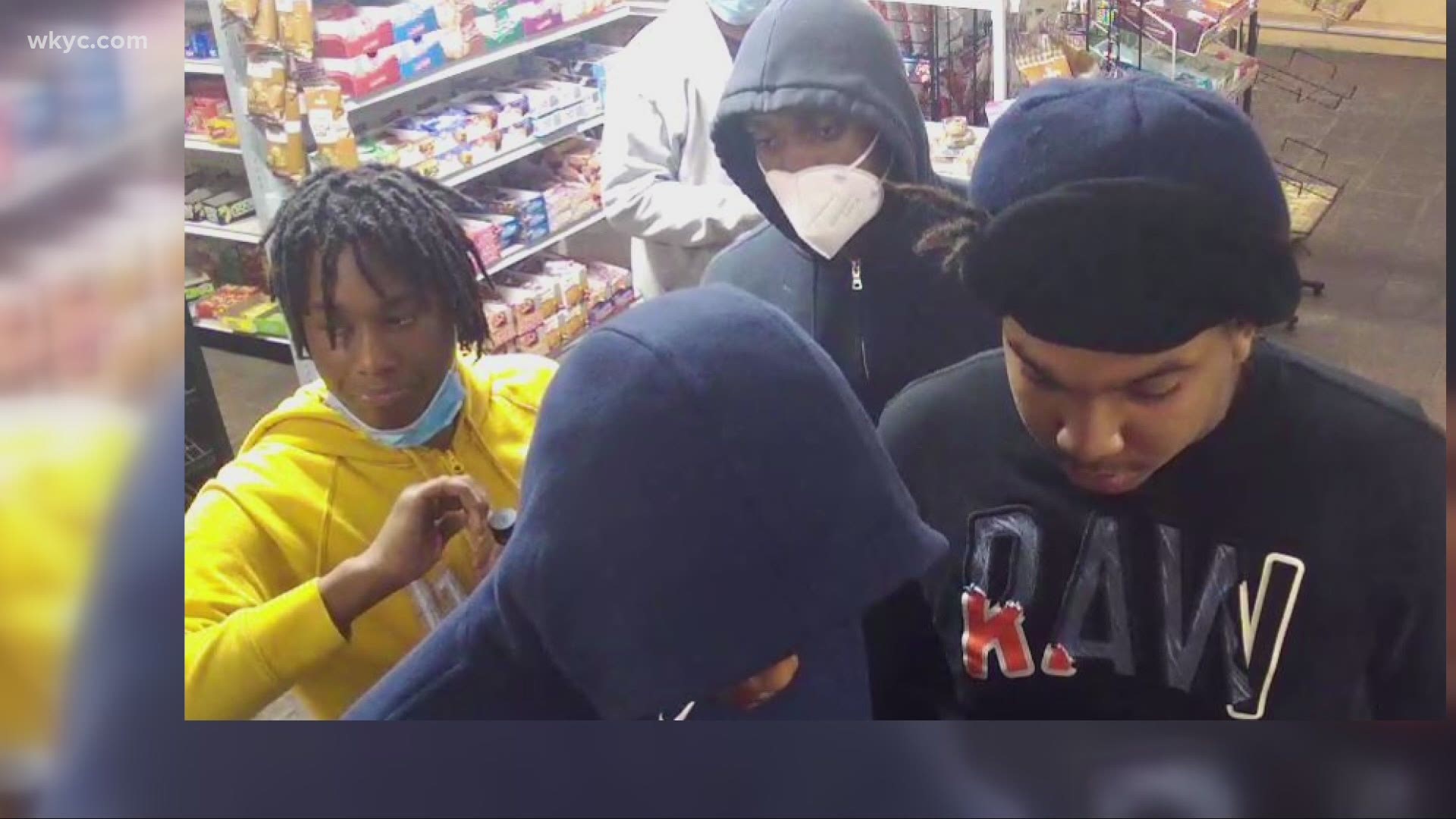 CLEVELAND — Editor's note: The video in the player above is from a story published on May 17, 2021.

On Tuesday, officials told 3News that they have arrested three of the four suspects wanted in connection to a recent string of carjackings in Northeast Ohio. The three young men have been taken into custody and officials are encouraging the final suspect to turn himself in immediately. He's the one photographed with the letters RAW on the front.

"We urge him to turn himself in and we urge anyone helping him evade authorities to notify us of his current location," FBI officials said Friday. You can see his photo in the image below:

The first carjacking took place on April 28 in Cleveland, and the most recent took place early this past Sunday morning in Willoughby. In total, eight vehicles have been stolen, and multiple victims have either been assaulted or had guns pointed in their faces.

One of their apparent victims was Gina DeJesus, one of three women rescued from captivity on Cleveland's Seymour Avenue back in 2013. DeJesus' car was stolen last Thursday morning near the intersection of Triskett Road and West 127th Street.

Police have recovered four of the vehicles stolen, so far.  Anyone with information as to the whereabouts or the identities of the one suspect who has not been arrested is encouraged to (877) 324-6446. Tips can remain anonymous and reward money is available for information leading to the suspect's prosecution.

Police departments from Cleveland, East Cleveland, Willoughby, Brooklyn, South Euclid, Euclid, and Cleveland Heights are all assisting the FBI in their search for the perpetrators.

Editor's note: The video in the player above is from a story published on March 12, 2021.

RELATED: US Marshals offering $5,000 reward for information leading to arrest of suspect who escaped from custody